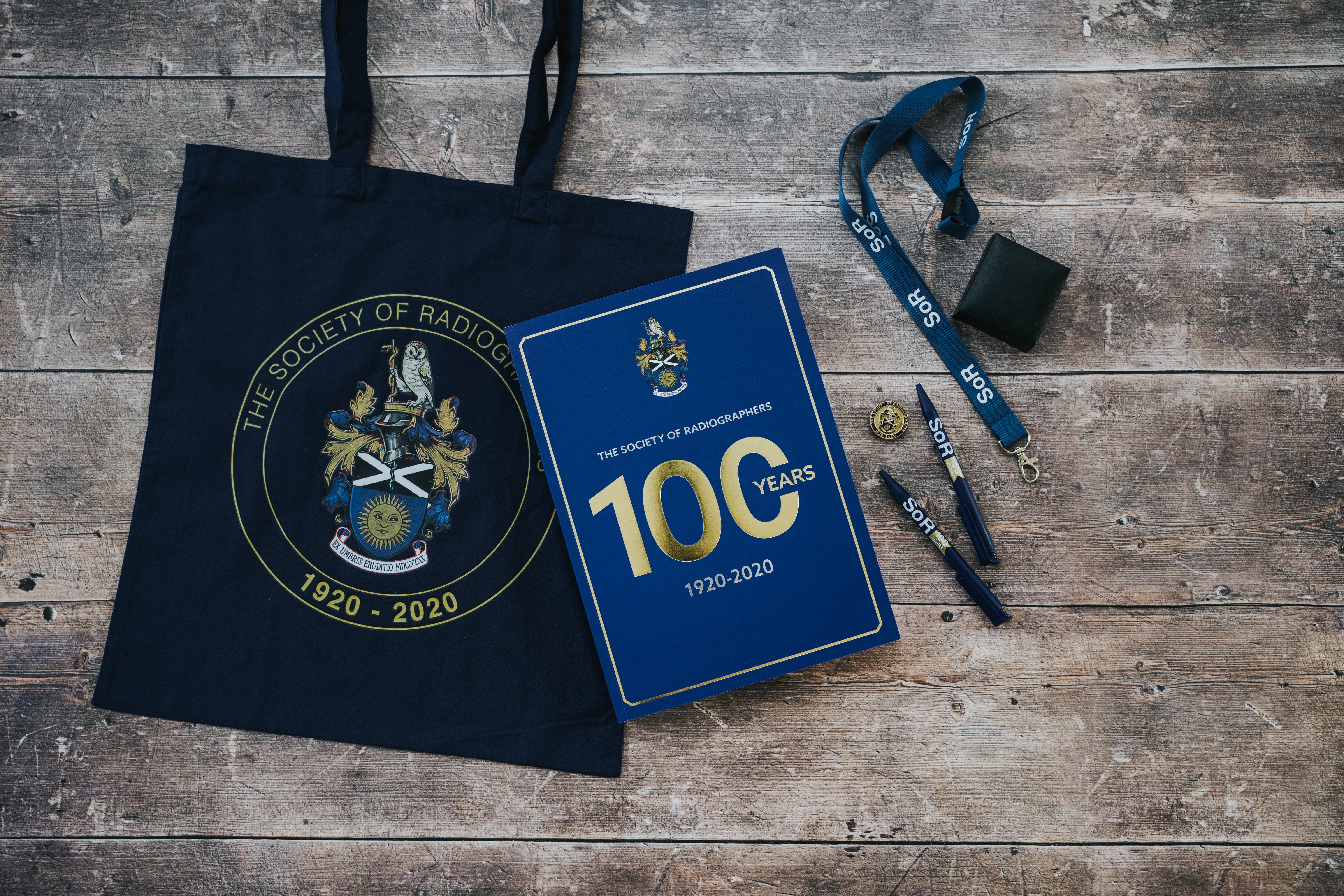 By: Richard Price and Audrey Paterson

London: Society and College of Radiographers, 2021

Richard Price and Audrey Paterson have performed a great service in writing what is now the definitive history of the Society of Radiographers (SoR). The SoR was founded in 1920 and is one of the oldest radiographic organisations in the world. The book was commissioned for the centenary of the Society in 2020, and tells the remarkable story from the beginnings to its maturity. There are two previous histories of the SoR, written by Michael Jordan (Jordan, 1995), and Ian Moodie (Moodie, 1970). Both of these earlier books are interesting and now serve to supplement this new publication. Michael Jordan’s book is particularly interesting since he was working at the SoR for 32 years from 1960 finally serving as Chief Executive and General Secretary.

This new history of the SoR is well told in an interesting and engaging manner. The authors have delved deeply into the archives and have provided us with material that was previously either inaccessible or difficult to access. The book is profusely illustrated with many images in colour, and is presented in an approachable and informative manner. I particularly found the biographical details of great value and these are a helpful resource. What I particularly like about this book is the way letters and minutes are recorded verbatim, therefore making the book a useful historical resource. The authors also do not hesitate to discuss areas of challenge and controversy. There have been many challenges and difficulties over the years, and we cannot learn from history if the difficult parts are omitted or minimised. It should be remembered that the book is a history of the SoR and not a history of radiography, although some of that history is recounted. There is a significant need for a history of the radiological sciences from a radiographic point of view. Most histories of the radiological sciences have been written by radiologists, and the radiographic perspective is different with specific insights.

The 1920s was an interesting decade. The Great War had recently finished and had demonstrated beyond any doubt the need for radiography in the management of illness and injury. The earlier primitive apparatus was gradually being replaced by higher powered equipment, which in turn was causing its own problems. So as an example, when Kathleen Clara “Kitty” Clark (1898-1968) began her training in radiography at Guy’s Hospital in London at the age of 23 there had recently been the high profile death from the effects of radiation of Dr. Ironside Bruce from Charing Cross Hospital. As might be imagined her family was completely opposed to her choice of profession because of the risks involved. Her family finally acquiesced, although they still disapproved, and it is recorded that she was given an entire outfit of clothes made from silk since it was believed that these were impenetrable to radiation! She completed her training course at Guy’s Hospital in London in 1921, and passed the first ever qualifying examination held by the SoR.

When the SoR was set up letters had been written from the new society to the lay assistants in the various X-ray departments and invited applications for membership. Many women entered radiography by way of nursing, with men often coming via the army. Prior to World War II, the students accepted for training as radiographers were required to be already trained nurses with the qualification State Registered Nurse (SRN). Those who had been in active practice for over 10 years were given membership without examination. All other applicants had to take a new examination, and the first regular batch of students was entered for examination in January 1922. There were 45 students of which 20 passed and were duly awarded the certificate of the Society (the MSR or Member of the Society of Radiographers). When Kitty Clark completed her training course at Guy’s Hospital in London in 1921, she passed this first ever radiographic qualifying examination.

There was certainly a need for training and accreditation in radiography. There were risks in radiography for both staff and patients. After 1920, when the SoR was founded, the newer higher powered transformers now delivered currents above the threshold that was needed to induce ventricular fibrillation. The apparatus was not shockproof and could give significant electrical shocks. Kemerink (Kemerink, 2013) was able to document 51 fatal, and 62 serious non-fatal electrical accidents, most occurring from 1920 to 1940. By 1931 Winz (Winz, 1931) noted that the high-power transformers in use for diagnostic radiology were deadly dangerous, and that all apparatus in use was more or less dangerous. In any review of the newspaper archives for the 1920s and 1930s many tragic cases of radiological electrical accidents will be found. One case was described in 1929, and was particularly tragic since it involved the death of an 8- year-old child. The child was being held by a nurse on one side of the couch and the mother on the other. There was a sudden flash, the nurse became unconscious, the mother was thrown into the air, and the child died.

It was thought that the nurse had formed an electric circuit from the high tension cables through to the child. The nurse had only once been in an Xray room before and had no idea of any possible risks. The coroner noted that the hospital authorities should consider the question of admitting inexperienced person into X-ray rooms. It should be remembered that it was not necessary to touch the cables, and at this time before image intensification the room would have been in complete darkness. The coroner also noted that some manufacturers at that time in their advertising were indicating that excellent radiographs could be produced using their apparatus without any previous training allowing the practitioner to set up as an expert. The modern equivalents are MRI accidents with the magnet due to inexperienced staff, and the use of diagnostic ultrasound without adequate training with machines that are easily purchased online.

Other areas of risk included radiation injury to staff and patients, and again show the need for training and accreditation. The lack of training of operators of X-ray equipment was a concern in the 1920s and in the hands of unqualified practitioners the X-rays, which were intended to cure diseases, could create new diseases. In 1922 Health Commissioner Copeland in New York announced that the operators of X-ray machines would need to be licensed by the Health Board. The concern was that the use of X-ray equipment by the unqualified was injuring practitioner and patient alike. Copeland (Anon, 1922) announced that forthwith the X-ray laboratory was to be under the charge and care of a licensed doctor or practitioner. There had been a similar concern in Great Britain about unqualified practitioners and this was part of the motivation for the founding of the SoR. There is also a risk of exposure to toxic chemical fumes in conventional film processing resulting in the condition called “darkroom disease” which is now almost forgotten and it is well covered in the book.

The authors help to answer the question as to why radiography in the United Kingdom has developed in the way that it has. Other countries have adopted different models for clinical practice. For example when Kitty Clark visited Sweden in 1939 she found that the term ‘radiographer’ was unknown, and that the technical work being performed by radiologists and trained nurses. The way that the service is provided continually changes as the profession responds to new challenges as is clearly shown in this book. This can be seen by the developments that have taken place since Michael Jordan wrote his history in 1995. There have been significant changes, particularly in regard to advanced practice including radiographer reporting to which both authors have contributed so significantly. The book finishes with an account of the contemporary response of the SoR to the global Covid-19 pandemic.

Many society histories are rather dry in style and are therefore bought, perhaps out of a sense of duty, to be placed on the shelf but never read. This is not the case for this book, which is enjoyable to either read sequentially, or to browse at random. There is something in this book for everyone. The book is attractive and very accessible, and is warmly recommended.