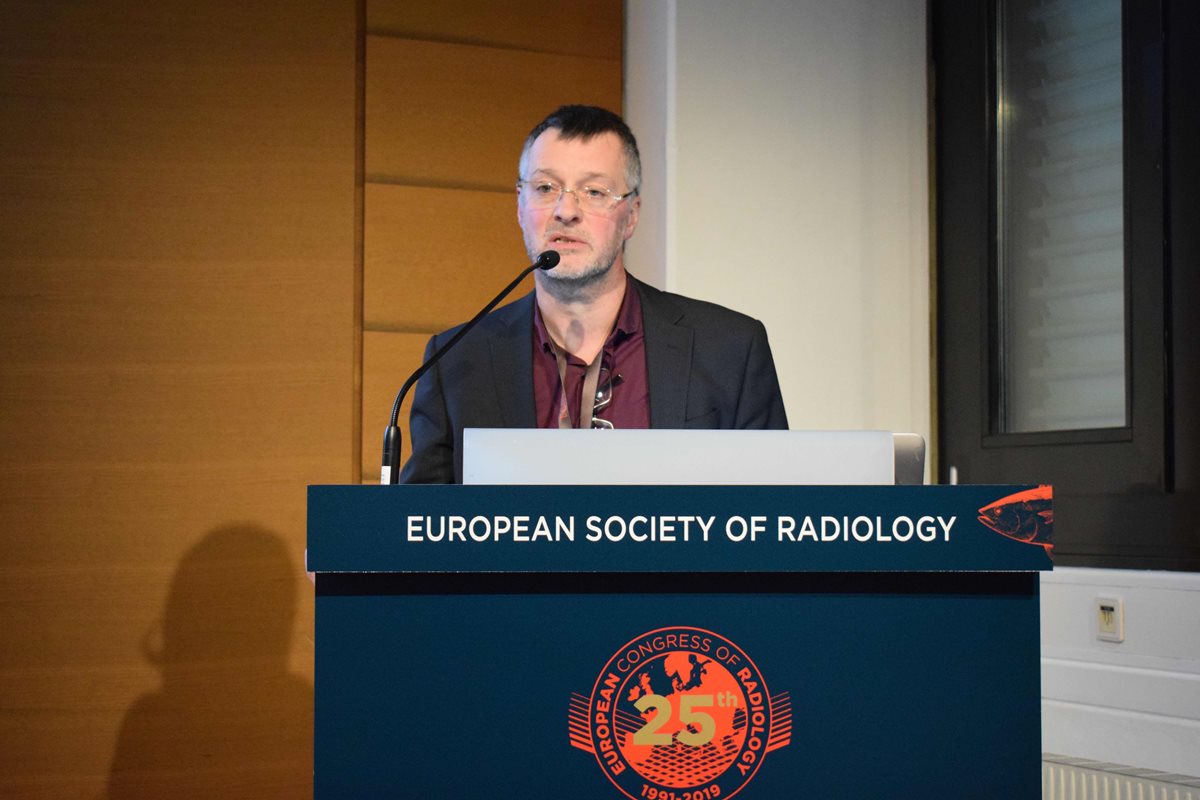 Congratulations to Peter Hogg, Professor of Radiography at the University of Salford, who has been awarded the title of Professor Emeritus for his outstanding contribution to his university and particularly to the radiography profession over his 35 plus year career.

Colleague Margaret Rowe, Dean, School of Health and Society at Salford, who nominated Peter for the title said, “It is fair to say that Peter Hogg is a household name in radiography departments within the UK and his is probably the best-known radiographer’s name in the world.”

Supporting the nomination, Richard Evans, the Society's CEO said: “Peter’s influence within radiography across the world is unparalleled and the profile raising he has achieved for radiography at the university, both at national and international levels for almost three decades, is immense.”

Peter, who is retiring in August this year, said: “I am absolutely thrilled, not least because there are very few Professor Emeritus titles awarded and even fewer in our field.

"It is an honour because the title is only ever awarded to those who have demonstrated sustained achievement and excellence in their chosen profession”.

He went on to say: “Teams play important roles in achieving things, consequently I acknowledge and value greatly the work others do. Many of the achievements outlined in my Emeritus nomination could not have occurred without the input and dedication of others.”

Richard Evans added: “Peter's very significant contribution to radiography in the public arena and as a leader of the profession began at a remarkably early age.

"He has made a truly exceptional contribution in terms of published and presented research, and has been an energetic voice influencing high professional standards and excellence in patient care over the course of his career.

"There is certainly no other living radiographer with comparable output of work and the influence that this has had on improved practice and healthcare outcomes is unequalled.”

Over the course of his career, Peter has sole or co-authored more 650 conference/journal papers and books. One of his textbooks has sold (downloads from Springer) approximately 60,000 copies and for journal papers, Peter has been the most prolific author at the University of Salford for over five consecutive years. He has presented research papers at conferences in 21 countries; this includes personally delivering over 50 invited and keynotes.

Peter was also editor of Radiography Journal between 2003 and 2008, and presenter of the Welbeck Memorial Lecture in 2010. He was awarded the Fellowship of the College of Radiographers in 2008.

Following his retirement, Peter does not plan to slow down at all and will be undertaking even more research and continuing to write prolifically. His wife Dianne, a Queen's Nurse and former lead for the NHS England Medicines Mechanisms Programme, also retired quite recently, however she has returned to work on a voluntary basis to help fight the Covid-19 pandemic.