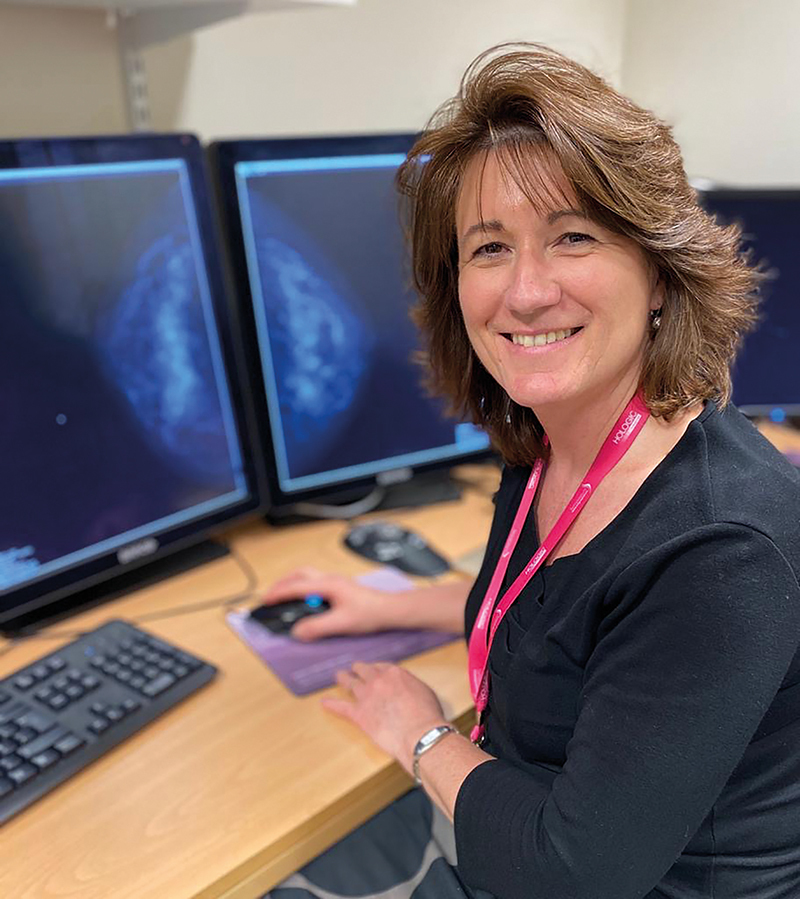 Director of Screening is next step for consultant practitioners

A blog published on the Public Health England Screening website highlights the opportunities and challenges for one of the first radiographers to become a director of screening (DoS).

Kathryn Taylor, a member of the Society’s Consultant Radiographers Group, took on the additional role at Addenbrooke’s Hospital, Cambridge almost a year ago.

“Historically, the role of DoS has been undertaken by consultant radiologists as an add-on to their existing post because they are already working to the level of competency and responsibility needed,” Kathryn, who is a breast screening radiographer, says in the blog.

“I was very aware that because this was one of the first appointments of a radiographer to this role that it was important I got the terms and conditions of employment right from the start,” Kathryn told Synergy News. “This was setting a benchmark for other trusts and employers.

She continued, “The prospect of a non medic as DoS can throw people. I had the support of breast unit colleagues and radiology from the start. After all, they know me. It took more time and negotiation with the wider trust.

“The trust initially wanted to treat it as an addition to my main role and pay me at the same rate. Together we agreed to amend the role to be on a higher pay band, have NHS terms and conditions (Agenda for Change) and have an extra session of time in the allocation.

“With everything in place, the trust have been very supportive of me in the role.”

About 70% of Kathryn’s time is clinical work and the remainder is DoS activities, as well as continuing to work to the four core domains. In additio, she is chair of the Clinical Professional Group (radiography), advising PHE on clinical matters relating to radiography for the breast screening programme.

Since her appointment, she says there has been a great deal of interest from other employers and believes that several other trusts are considering employing radiographers for the post. “They have contacted me asking about issues such as writing a job description, time allocation, and remuneration,” Kathryn said.

“The door opened to radiographers when PHE published guidance about leading a breast screening programme that says consultant practitioners who are competent in all aspects of screening and undertaking triple assessment can take on the role, which has been very helpful.”

However, she does warn that “some employers are misinterpreting the guidance and assuming that if the DoS is not a radiologist, there must be a named radiologist to provide support.” The actual position is that a named lead radiologist is required for advice on imaging matters only if the DoS is another MDT member (not undertaking all aspects of triple assessment) such as a surgeon.

Radiographers who have been in contact with Kathryn to find out more are, she says, understandably concerned about whether they would be accepted and supported by the wider MDT in their trust.

Is she enjoying being director of screening at Addenbrooke’s?

“I love it,” Kathryn says. “My clinical commitment is the same but there’s much more interaction with colleagues who implement the programme locally and those who oversee it outside the trust. PHE and our regional screening quality assurance service team have all been very supportive.

“We face the same challenges of declining uptake and staff shortages which are seen across the country, but I really enjoy working to address issues, make change and improve the breast screening we provide.”

Kathryn believes that radiographers are well suited to the DoS role. “As consultant practitioners, we’re already used to navigating the blurred lines of professional boundaries. We can relate to both radiographic and radiology staff and know how to interact with the wider MDT and beyond.

“We have adopted ‘skill mix’. We share tasks which were previously only undertaken by people in specific roles. The success of this approach has shown that having the right knowledge and competencies is more important than a specific job title.

“This is just as much the case for a DoS.”