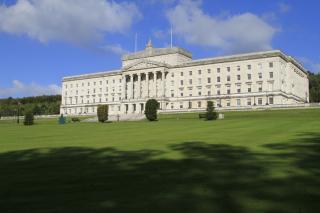 ‘No pay deal should be imposed in Northern Ireland without agreement’

Following the rejection of the pay offer from the Department of Health, the Society and other healthcare trade unions in Northern Ireland have urged the civil servants not to impose a settlement but to talk to them.

“We understand there may be an attempt to impose a substandard settlement,” Paul Moloney, the SoR’s industrial relations manager said.

“We ask for talks so that we can reach an agreement that both staff and employers are comfortable with.”

If a mandatory pay deal is enforced, the Society will ballot members on whether they are prepared to take industrial action to ensure they are treated fairly.

In November, 89% per cent of SoR members who responded to a consultation said they wanted the opportunity to vote and decide if they wanted to take industrial action if a pay deal could not be agreed for 2018/19.

“The offer made by the DoH on 22 November had not been agreed with the unions,” Leandre Archer, the Society’s national officer for Northern Ireland, said.

“There had been no negotiations about the offer and the unions had no knowledge of it until it was issued. It does not meet the criteria agreed at the Society’s 2018 Annual Delegates Conference.”

Leandre continued, “Most importantly, the Department’s offer does not include a mechanism to ensure radiographers and other healthcare staff will achieve pay parity with the other parts of the United Kingdom.

“When it comes to pay, our members are being treated like second-class citizens.”