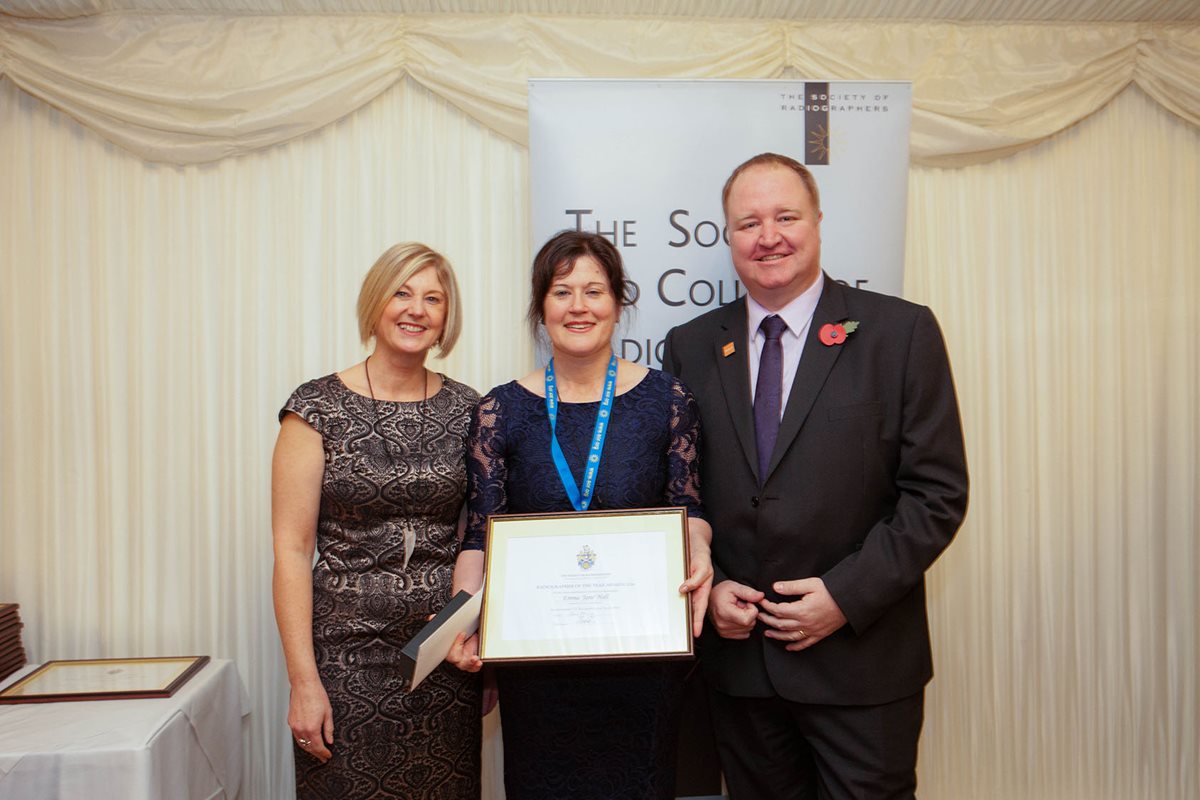 2016 Radiographer, Team and Student of the Year celebrated at House of Commons

The UK Radiographer, Radiography Team and Students of the Year, along with the regional winners and their friends and family, were celebrated at a ceremony at the House of Commons this month.

Assembled guests were welcomed by Society President Steve Herring, who in his opening remarks recognised the crucial role of all radiographers and the special feeling of receiving the commendation of your colleagues.

“So if each radiographer and team is so good, how do we choose who to honour at these awards?

“The key aspect is that the winners are chosen by their peers. Any radiographer who has won one of these awards will tell you that the greatest honour is being nominated by their colleagues, individuals who know that the winners are not just doing their job, but providing excellent standards of care.”

The awards were presented by the guest of honour, Linda Hindle, the Lead Allied Health Professional for Public Health England.

In her address Linda spoke about the invaluable contribution that radiographers make to public health and how important it is that all health professionals take the opportunity to educate and inform patients.

Jane Hall, a Macmillan Information and Support Radiographer at Lincoln County Hospital, picked up the prize of the UK and Yorkshire and North Trent Radiographer of the Year.

“I was absolutely thrilled. It’s been a lovely event this evening, I’ve met some great people, got some amazing certificates and some amazing memories.”

Members from the UK and North West Radiography Team of the Year, the Word of Mouth Mammogram e-Network (WoMMeN), were also in attendance to receive the acclaim of their peers.

Dr Leslie Robinson, the project leader of the group, spoke about the moment the team found out about their triumph.

“What’s really good is that we are an online group all about social media, and the social media platforms we used went haywire when we found out, we were sharing the news on Twitter and Facebook about what we were doing.”

Also present were the winners of the Diagnostic and Therapeutic Student of the Year winners.

Sarah Smith, who graduated with a First Class Honours degree from Sheffield Hallam University in Radiotherapy and Oncology Leeds, picked up the therapeutic award, and recalled how she woke up to a flurry of social media congratulations whilst travelling.

“I was in San Francisco when I found out I won the award, there’s about an 8-hour time difference to home so I woke up to about 17 notifications on Twitter, and I couldn’t remember tweeting anything good before I went to bed!

“I knew I’d been nominated before I left the UK, but I didn’t think I’d win, it didn’t even cross my mind!”

And last but not least, Marianne Kipling, a First Class graduate from Birmingham City University in Diagnostic Radiography, paid tribute to the ‘enormous privilege’ in receiving the recognition of her tutors.

“It’s incredible, it feels like an enormous privileged and an honour,” she said.

“It was a bit of a surprise, my tutor mentioned to me they’d nominated me for something but I didn’t hear anything for a while, and I was at work one day and I got a message from one of my friends saying congratulations, and I didn’t know what she was talking about!

“She posted me a link to the website and I saw I’d been given this award and it was a huge surprise, it made me quite emotional.”

Watch video highlights from the event.