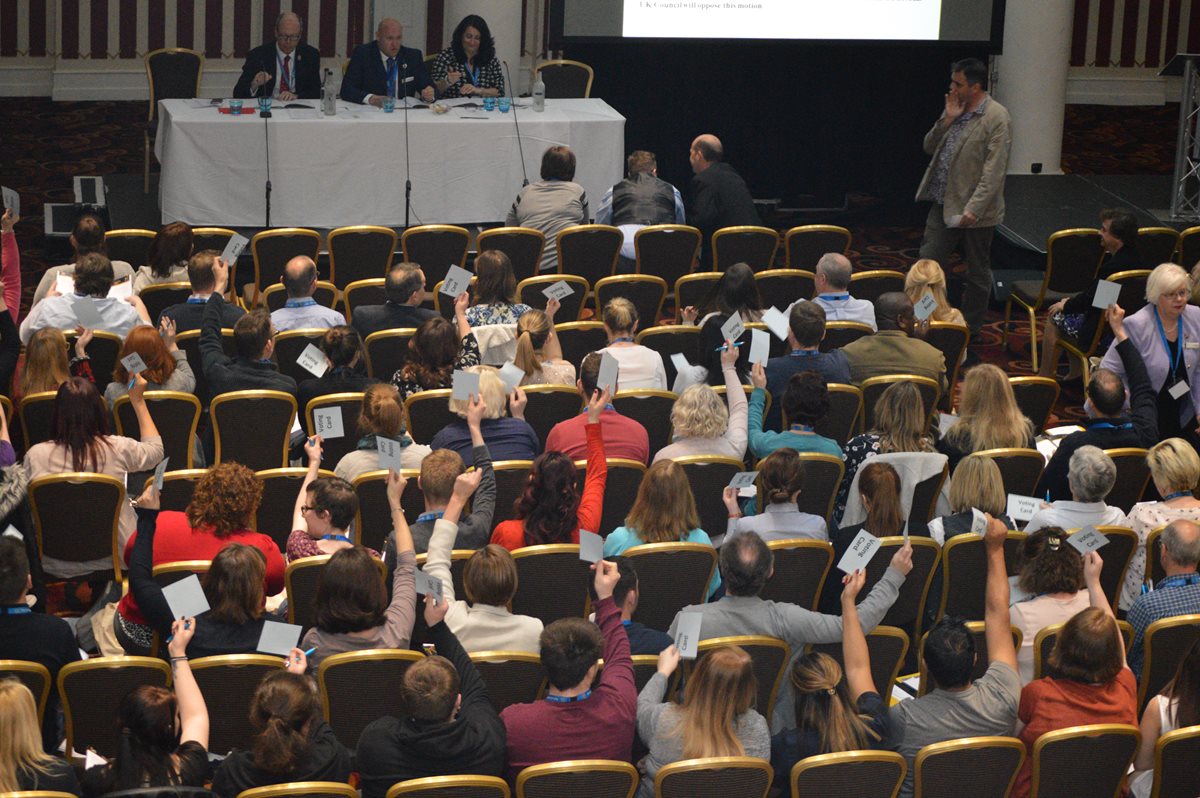 Author: Paul Moloney, Industrial Relations Manager
The 2016 Annual Delegates Conference proved to be yet another success for a number of reasons.
The maximum number of delegates is defined in our rules at one delegate per 100 members, and with membership continuing to grow and regions and countries filling their delegations, it made this year’s ADC the best attended yet.
There were also an encouraging number of delegates attending for the first time, many of who took the plunge and spoke from the rostrum either to move or second motions or to participate in debate. Some enjoyed it so much they spoke several times.
There was also a diverse range of topics discussed. The issue which attracted the most attention was student bursaries, with other topics including Agenda for Change pay rates, representation of members working in the private sector, increasing the number of local reps and the EU referendum.
This only scratches the surface of an ADC which addressed all of the issues facing members, wherever they work, and set a challenging but achievable agenda for the union over the next 12 months.
However, ADC is about more than just debating motions.
Our keynote speaker this year was Frances O'Grady, TUC General Secretary. Frances paid tribute to the work of the SoR and the way we represent members, the profession and patients in a determined but professional way.
She updated delegates on the work underway to limit the impact of the Trade Union Bill and, whilst acknowledging the Society's neutral position on the issue, also laid out why the TUC was of the view that the interests of working people were better served if we stay in the EU.
ADC is also where the Rep of the Year awards are announced, so congratulations to Jo Keeble for winning the overall award this year, and to all of those delegates who managed to stay on the dancefloor after the conference dinner until the final song!
For some it had been a very long day, starting with a pre-breakfast visit to support junior doctors who were in the middle of their latest industrial action.
Elections are also held at ADC for a number of important positions including membership of the Delegates Conference Committee, the body made up of members that oversees the running of ADC and is responsible for making sure motions that are debated are submitted in time and in accordance with our rules.
Congratulations to everyone who was elected and also to everyone who stood for election and had the courage to take part.
The results are as follows:
Trade Union and Education Committee (TUED) – Jackie Hughes, Wales
UK Council Observers – Anna Harvey-Lloyd, Eastern and Michaela Dunford, South East
UK Council Student Observer – Shane Phillips, London
Delegates’ Conference Committee – Dan Beazley, London and Mark Sherratt, Wales
All in all ADC 2016 was a resounding success. Creating policy is of course just the start and work has already begun on implementing the policies delegates supported.
And of course, work in planning next year’s ADC is also well underway.