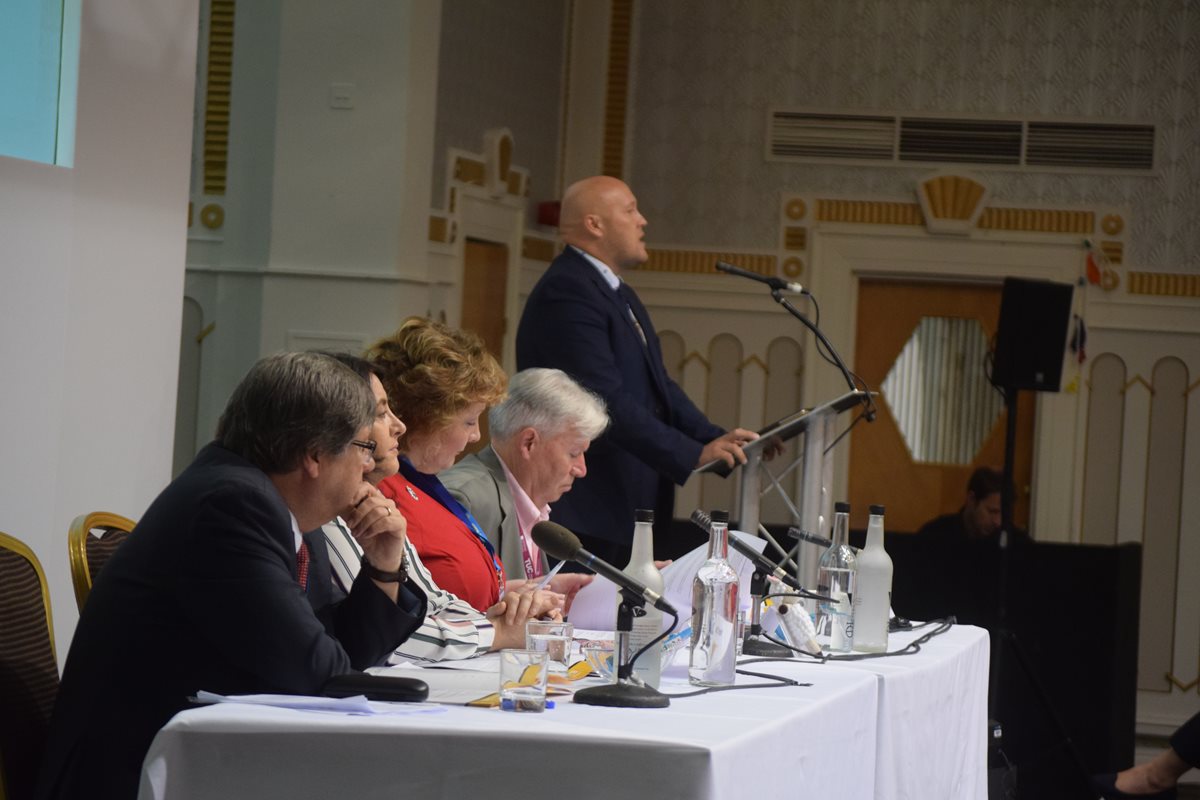 Society reps overwhelmingly approved an Emergency Motion moved by UK Council to campaign for SoR members to vote for acceptance of the NHS 2018 pay offer.

The wider SoR membership will now be consulted on the pay proposals via email.

Moving the motion was Gareth Thomas, the Society President, who said, “All members will see their income grow more quickly than inflation, the first time that has been achieved for three consecutive years for a generation or more.

“For members at the top of their band it is the highest NHS increase for 14 years and higher than achieved by any in public service this year, including MPs.

“The offer brings about new pay scales that are higher, offer proper reward on promotion and allow everyone to reach the top of the band more quickly.

Gareth continued: “We will also see a £3000 increase at the starting rate for newly qualified radiographers. We know from talking directly to members who are students that this will make the NHS their preferred choice for employment. It will address for all of us the recruitment problems that impact so drastically on all of us.

“Let’s pay tribute to the members who campaigned last summer to change the minds of politicians, writing endless letters calling for the end of the pay cap and the central funding of an offer that properly reflects the contribution they make to healthcare and the commitment they show to their patients.

“This offer does not belong to Jeremy Hunt or other politicians, it belongs to those members who stood up for fair pay."

Gareth also addressed the concerns about a deal in Northern Ireland, Scotland and Wales. He said, “We recognise that in Scotland there are complexities that need to be resolved through discussion to ensure members in Scotland are not left at a disadvantage. This motion therefore addresses the offer in England but we hope all parts of our union will support it to give our negotiators in Scotland and Wales the support they need to ensure the offer is either replicated or something similar is agreed.

“Our message to members in Northern Ireland is that we will get this offer implemented there whatever it takes, government or no government!”

The key points of the motion

1. The 2018 pay offer will ensure all members employed in the NHS will see their income grow by between 6.5% and 29% over the three years covered by the offer.

2. Those at the top of their band will receive a further 1.1% non-consolidated lump sum.

3. That the new pay scales introduced as part of this offer are significantly higher than the existing pay rates.

4. For all pay bands in the proposed new scales there will be fewer pay points.

5. For most pay bands incremental progression to the top of a band will be quicker under the proposed new pay scales.

Conference further notes that attempts to link the pay offer to detrimental changes to annual leave and out of hours payments were defeated by the joint trade unions.

Conference is mindful that the Office for Budget Responsibility, the definitive source for data on prices growth, predicts inflation to be 6.1% over the period covered by the offer. Conference therefore recognises that the offer meets our long-held policy of ensuring members pay increases more quickly than prices.

The Society will distribute more background information to the offer before the consultation, in addition to the supplement which was distributed to all members with the April issue of Synergy News.

More information about the offer can be found on the front page of sor.org and at the joint trade unions website – www.nhspay.org