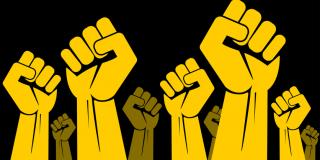 Are Trade Unions relevant? Or do we have to design a different model to represent workers?

In case you missed it, and you probably did, the Trades Union Congress is 150 this year.

At the conference in Manchester earlier this month, there were ‘celebrations’. Well, sort of. To say that this momentous event was underwhelming is an understatement, because without knowing it was happening, you would be forgiven for missing it!

However, this lack of profile and the total lack of impact in the press highlights a more serious concern about the future of trade unions as we know them and the relevance of the TUC, which is questionable.

If we examine the latest trends in union concentration and demographics, we can see that there is a problem looming that many of the unions recognise but appear unable to do anything about, or if they have attempted to stop the rot, they have failed.

From humble beginnings in 1892 when trades union membership stood at just over 1.5 million, it is in the last four decades that there has been a steady decline.

In 1979, union density reached its peak at 13 million. However, compare this with the current density of around 5.6 million and it does not take a genius to predict that with changing working patterns, and working practices, the loss of industry coupled with changing demographics, then this figure is unlikely to increase without some drastic thinking.

It is easy to blame this change in fortunes on austerity, or political interference, or the decline in traditional industries that were the breeding ground for union enthusiasm. This is too simplistic and simply blaming others for what is the trades union movement’s failure to modernise or accept reality.

It is true that the decline in the traditional industrial landscape in favour of smaller and, some would say, more efficient units, has severely limited the ability of unions to organise. But to accept this as a principle reason for the decline in union membership is to ignore the success of the professional union like the SoR that has seen year on year growth. The upshot of this is that there are union models that are attractive and give value, whereas there are others that may not.

If we take manufacturing as an example, union density in 1995 was 32.5%. By 2016, this had fallen to 17.5%. Professional and technical union concentration remained relatively static for the same period at 9.4% in 1995 and 8.32% in 2016. A similar picture emerges for education with marginal decreases over the same period. Because many of this section of the workforce are in the public sector you would assume that membership would be relatively stable.  However, recent figures do not suggest this and so the garden is not entirely rosey for the public sector either.

In 2015-16, there was a significant decline in public sector union density from 54.9% to 52.7%. This may not seem like a lot but the decline represents a loss of 209,000 members. The decline can only be matched against a reduction in union membership in the private sector; but this is after six years of increase.

If we look at the make-up of the workforce for clues for other reasons for any decline, there are significant trends to consider. Union membership is higher in permanent and full time employment. Not rocket science but does illustrate the way that changes in working practices towards transient and portfolio employment contracts can have a direct effect on union membership. Equally, skilled professionals and middle-income earners are more likely to join a union and a good proportion of this group have employment in the public sector.

Whilst you can read what you like into statistics and you can ponder the reasons for any trend, the fact remains that the union movement cannot simply assume that just to exist is a good reason to join. It takes effort and vision to survive in a market and sometimes there needs to be radical thinking and innovation to be successful.

Unless the union movement, as a whole, recognises that they cannot simply exist to survive and that relying on politicians to fix what they should have addressed and faced head on 30 years ago, this decline will continue.

Unions will be consigned to history and be only marginally significant to a future workforce.