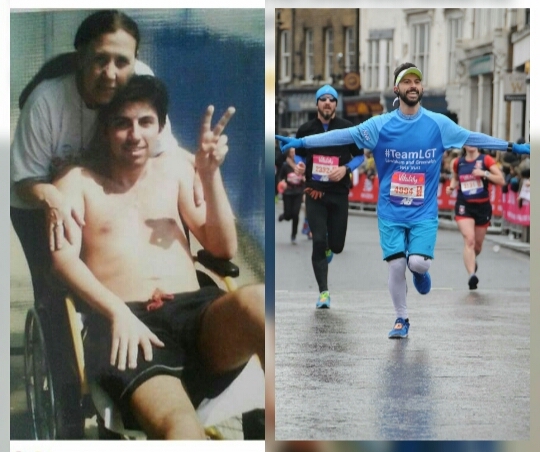 After being unable to walk for over a year because of Guillain-Barré Syndrome, a radiographer will be running the London Marathon.

Riccardo Romaguera, a radiographer at Queen Elizabeth Hospital, Lewisham and Greenwich NHS Trust, spent more than a year re-learning to walk, recovering from a range of other serious symptoms and integrating back into a normal life.

Against the odds, Riccardo graduated from Venice university in 2007 in his wheelchair and, after moving to England in 2015, he started running again.

Starting with a 10k cancer research race, he will now be running the London Marathon just three years later as he ‘cannot stop taking part in the biggest marathons in the world’.

He explained, “I usually train in a gym, keeping under control all the left side of my body that sometimes still shows some residual of the illness.

“I already ran the marathon in Spain, the Authentic in Athens and I'm now ready to run my first big race in England where I live and work: it is such a dream come true!”

He will be running for the Ron Pickering Memorial Fund, which raises money to help young aspiring athletes reach their true potential and share his message that everyone can and should be able to practice sport and become an athlete.

Riccardo hopes to share his positive attitude with patients of autoimmune diseases and anyone facing tough challenges, helping them realise there is always a solution and to never give up.

Click here to find out more about Riccardo’s story or donate to his fund.