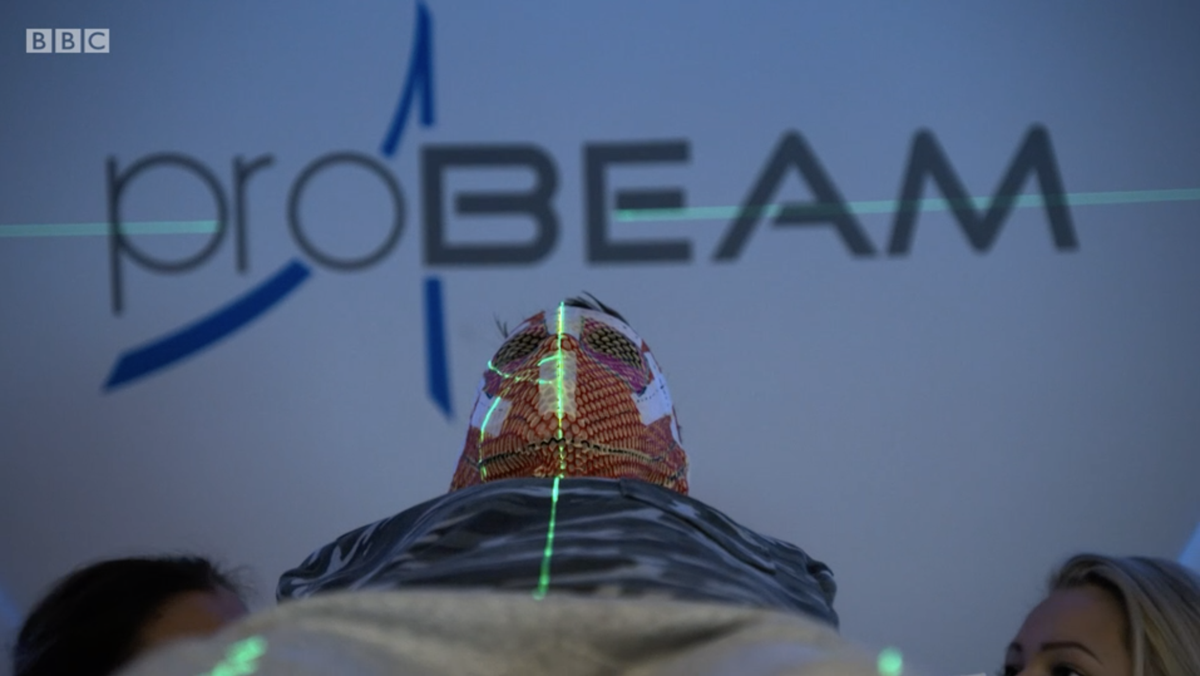 As part of ongoing series Horizon, The 250 Million Pound Cancer Curewas broadcast on BBC Two to show the public how proton beam therapy is being used to cure ‘incurable’ cancers.

“Something remarkable is happening in the heart of two of our biggest cities,” it said.

“One of the most advanced cancer treatments in the world is being installed in Manchester and London. It will cost more than a quarter of a million pounds, but it will save thousands of lives.”

The episode followed radiographers, oncologists, engineers and scientists over two years, from the creation of the two new proton beam therapy centres at The Christie Hospital NHS Trust in Manchester and University College Hospital in London, all the way to the first patients’ journeys.

It is described as ‘one of the most complex challenges the NHS has ever attempted.’

“Radiotherapy in the long term can induce secondary cancers many years down the line,” David explained.

“By spreading the dose over a period of six weeks it protects the healthy cells and attacks the unhealthy ones even more,” he said.

Throughout the episode, radiographers are shown preparing areas for treatment, helping patients through their journey and working with old and new technology.

One patient, Mason, was followed from the beginning of his proton beam therapy, all the way to his ‘ringing the bell’ at the end of his treatment.

“Thank you so much for everything you’ve done. Each and every one of you have been absolutely amazing and have made this journey a lot easier for us. We will never forget any of you.”

You can watch the full episodeon BBC iPlayer.