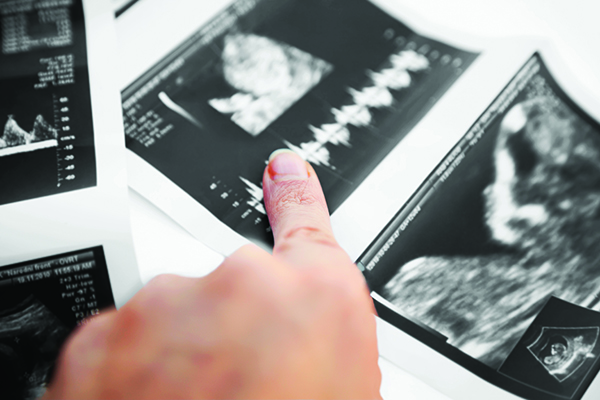 Blurred lines: Who’s really in control of the scan room?

Freelance sonographer Wendy Boag expands on the question ‘who is really in control in the scan room?’

A recent experience urged me to put pen to paper on the subject of anomaly scanning and patients’ perceptions about our roles as professionals.

Some may recall from my letter published in the June 2016 issue of Synergy Newsthat I was exasperated following an incident which prompted parents to complain that I had “ruined” the experience of the scan when I asked the patient’s spouse to take his young son out of the examination room.

It was at this point that I began to wonder if most patients are failing to understand that we are performing a serious job. I mused, not for the first time, that perhaps they believe the primary purpose of the scan is to provide pretty pictures and a gender.

As we know, the anomaly scan is a medical scan performed to look for specific structural details in line with the Fetal Screening Anomaly Programme protocols. Seeing the growing baby on the screen for the parents is reassuring, however secondary in purpose in the case of an anomaly scan.

We do not re-scan for pretty pictures, however, if we don’t see the cardiac outflows for example, a second scan is organised. It’s a medical scan – not a bonding scan. If there is something wrong with the baby, we are going to tell the parents there and then.

Private 3D/4D bonding scans are exactly that – they are perceived to help parents and their friends and family to ‘bond’ with the baby. They have no medical purpose whatsoever and serve to obtain gender, moving DVDs and still pictures of the baby only.

Bonding scans started out in the late 1990s in the private sector and were, initially, too expensive for most couples to afford. Also, there was no perceived need for these scans within society.

However, over time, these scans have become affordable and are now almost a ‘must-have’ for most parents, in part, perhaps, to keep up with the expectations of their friends, families and peers.

When I received my most recent complaint I decided to visit some web forums, such as mumsnet.com, to see what parents said about their experience of the anomaly scan. Wow! There are hundreds of negative comments regarding sonographers all over these sites from all over the country.

There is also advice as to what to say in a complaint to get the re-scan they are looking for. Quite an eye-opener!

Common comments are that the sonographer:

And so on... The worst comment was that one parent didn’t care that the sonographer may be having a difficult day – maybe she had just given bad news to some poor couple, but it was the sonographer’s job to be happy for her and her partner for HER scan. She went on to say that maybe this sonographer was in the wrong job. Food for thought!

The reality: Perform a medical anomaly scan and ensure all structures on the FASP protocol have been seen, imaged and are normal. Report any abnormality to the parent and consultant. Briefly show the baby to the parents at the end. Gender opinion if we can see and are allowed to say (some hospitals do not share the gender of babies). Write a report – all within 20 to 30 minutes.

The perception: A lovely gentle bonding scan for the whole family and friends where they get to see their baby and be scanned for at least 20 minutes, get the pictures they want ie profile, hands, feet, genitalia?! And of course, gender. The sonographer should be happy and cooing over their baby and family at all times.

Is this why the complaints at anomaly scans are rising? Do parents today even know what an anomaly scan is for or do they just assume it’s for pictures, gender and a family outing?

What would happen in the event that there is a problem with the baby? – should we vocalise this in front of friends/family and children of an age who understand? What happens to children if the parents are very upset by bad news? This aspect is ignored when in fact it is the very reason we scan in the NHS – to rule out structural abnormalities – full stop.

This rise in the popularity of bonding scans and web forums has coincided with the rise in complaints about sonographers ‘attitudes’ at the anomaly scan. Has this bonding/reassurance expectation now associated with obstetric ultrasound taken over as the perceived purpose of the anomaly scan? Have the lines between anomaly scans and private bonding scans become blurred?

I had my family about 20 years ago and was not a sonographer or radiographer at the time. I was lucky as my local hospital did perform anomaly scans. Never did it cross my mind to take either my two-year-old son, or any of my family members other than my partner to my anomaly scan and it was very clear that it was a medical scan I was attending – there were no blurred lines.

When did we lose control of our scan rooms?

Looking back to the rise of 3D/4D private scans, these actively encourage you to bring your friends, family and children – and why not? It’s not a medical scan, it’s a lovely experience specifically for friends and family, which is what clients are paying for.

Due to this expectation of a ‘show’ it is difficult to explain to a group of six people that they are not all allowed into the scan room as it’s just too much for a sonographer to handle when they are concentrating on an anomaly scan. As for bringing toddlers – it’s just a no-no. Yet we all put up with this on a daily basis.

There is no training in ‘showmanship’ in Post Graduate Obstetric Modules that I remember. However, when we say no to family/children, we are again risking another complaint that we have ruined the parents’ experience.

Who is in control of the scan room?

An NHS hospital is NOT a public place. It is a place the public have access to. As such, an NHS employee is entitled to work in an environment that suits their needs to fulfil their job. Is it therefore not my right as the professional in the room to maintain my working environment in the manner I require to perform my job?

In view of this, is it right that NHS trusts and health boards accept complaints from patients when we exercise this right?

Should a sonographer be chastised for maintaining their own work environment in the way they feel appropriate? There have been suggestions from some within the healthcare professions and other related bodies that scans could be filmed. Not only is this potentially a violation of the sonographer’s right not to be filmed, they may be filming a fetal demise or apparent gross fetal anomaly.

Complaints are fine when a mistake has been made or it is about a service that has not fulfilled a specific function. However, it’s difficult when the complaint is about a perceived situation rather than one that exists in reality.

On the whole, most obstetric ultrasound complaints do boil down to the gap between perception and reality. Unfortunately, there is not an NHS UK-wide standard response to these types of complaints.

In the event of a complaint regarding a person who does not get the ‘experience’ they thought they should, does anyone ask what the situation was? Were there toddlers in the room (as was the situation in my own case), or is there a posse of five to six people disrupting your concentration by asking questions such as, ‘Had the sonographer just given bad news to the previous very emotional couple?’ and ‘Was the sonographer stressed by being asked to do extra scans?’

Rarely are the circumstances of a complaint looked into closely. Just the fact that the patient was unhappy with the service they believed they were entitled to receive. And that’s the whole point – they are unhappy with the service they perceived they should have received. Very rarely is a complaint about the fetal head not being looked at properly or cardiac views not being done, for example.

The web forums are mixed in their assessment of the resolution of complaints. It would appear that some service providers do not uphold complaints regarding experience, choosing to stand up to the incorrect perceptions and support the medical scan aspect of the scan, whilst others cow-tow to all complaints and re-scan.

This perpetuates the ‘perceived experience’ and is just confusing for parents.

Are we right to just apologise and re-scan the complainer or should we try to explain the medical aspect of the scans and support the sonographer? I would argue that a consistent UK-wide approach is long overdue. If all service providers responded and acted consistently, the usual excuse of being worried that the patient will go to a different hospital will be negated.

If, in reality, we have lost control over our scan rooms and our work situation due to patient complaint power, fuelled by mismatched perceptions should service providers and management step in and take back control? The consequences for missing an anomaly are huge for the parents, sonographer and service provider and this fact seems to be being ignored.

On the whole, sonographers are doing our job well and reassuring parents about the health of their baby, however, I am tired of seeing complaints about the ‘perceived’ service. Yes the parents have a right to a good scan, however does the employee have no right to manage their own work environment anymore? Does the patient’s demand for an ‘experience’ override the fundamental purpose of the scan?

Should we take back the anomaly scan as a medical scan? Or continue to allow parents to misunderstand the purpose of their scan and just ‘suck it up’, increasing the risk of providing a substandard medical scan in favour of a ‘lovely bonding experience’? If this latter is to be the case then I am definitely in the wrong job. From talking with colleagues – I’m definitely not alone.