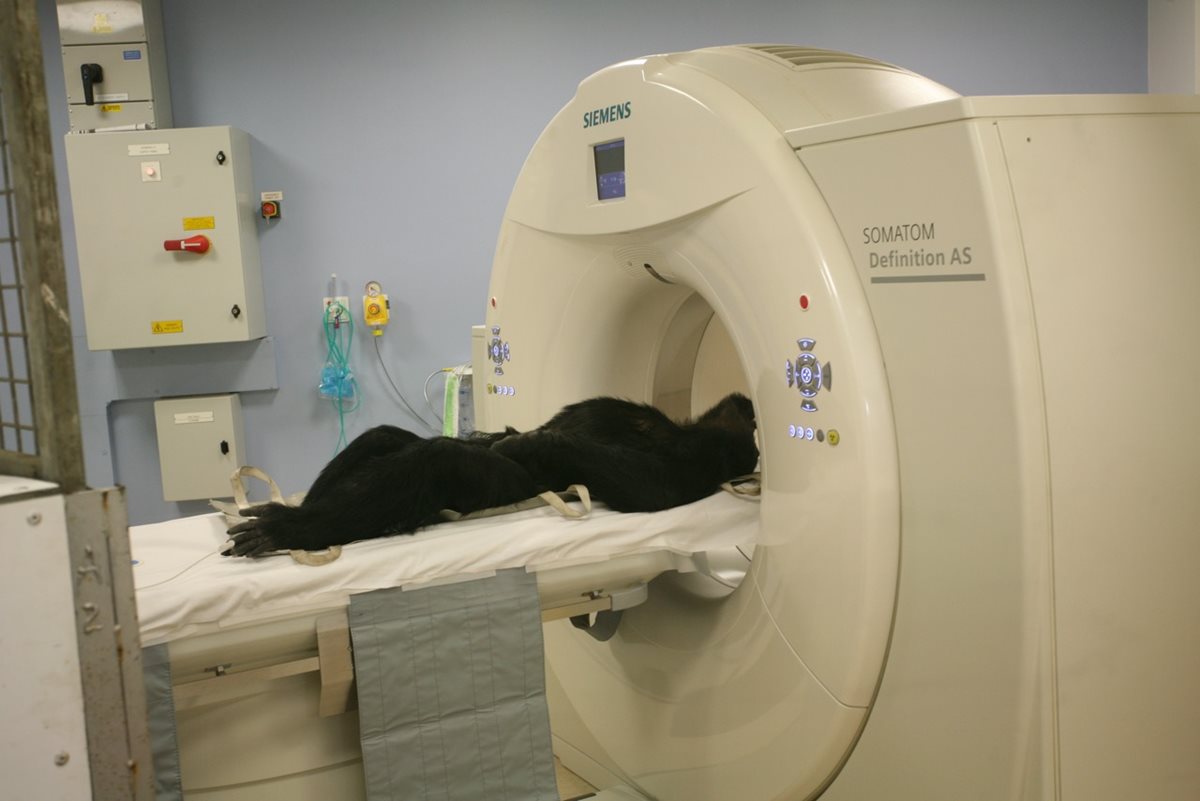 Radiographers from the Swansea University Medical School were recently asked to treat a rather unusual patient at their department; Bili the 35 year old chimpanzee.

The team were asked to help out by the Wales Ape and Monkey Sanctuary, after Bili, who had previously been a circus performer and lived at a zoo, presented with swelling around his jaw.

Other means of examination had proved inconclusive as to whether Bili was suffering from a cyst or a benign or malignant mass.

Paola Griffiths, Superintendent Research Radiographer, explains what happened next: “After extensive risk assessment and in depth infection control exercises, the date was set and the Clinical Imaging Facility went into lockdown.

“Bili arrived in an animal ambulance and was sedated. Once asleep he was transported via the fire exit, still in his cage into the CT room of the research unit.

“The handlers and vet had warned the team that if Bili woke up he would be confused in his surroundings and would be dangerous. Therefore all extraneous equipment was removed from the room and only necessary personnel present.

“The most essential piece of equipment was the presence of the tranquilliser rifle in the control room for the vet to use in an emergency.”

Thankfully, Bili slept throughout the procedure and woke up back at the sanctuary totally unaware of what had happened.

In the end, the images revealed extensive sclerotic enlargement of the LT mandible, likely brought on by poor dental care in his previous confinements, causing an infection.

Bili is now well and truly on the mend, taking his course of antibiotics and living on a new diet of soft food only.

A BBC film crew were also on hand to film the event, which is available to view by clicking here.