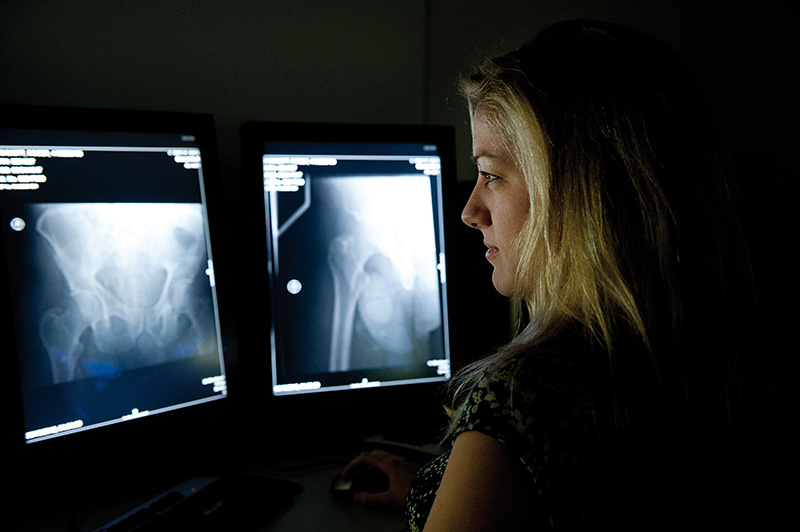 Patients at Portsmouth Hospitals Trust are said to have come to 'significant harm' because chest x-rays were not reviewed by 'appropriately trained clinicians'.

The Care Quality Commission claims that in July an inspection revealed that "a focused inspection of the outpatients and diagnostic imaging department at Queen Alexandra Hospital...identified that a backlog of 23,000 images of chest x-rays from the preceding 12 months had not been formally reviewed by a radiologist or appropriately-trained clinician."

Inspectors say there were three "three serious incidents where patients with lung cancer had suffered significant harm because their chest x-rays had not been properly assessed."

Following the inspection in July, CQC used its urgent enforcement powers to place four conditions on the trust's registration requiring specific action until they "can demonstrate that patients are safe."

'Poor governance' procedures were first identified at Portsmouth in May, after which the trust was told "it must take immediate action to review risk and identify possible harm."

The Chief Inspector of Hospitals, Professor Ted Baker, is now reviewing radiology reporting across the NHS in England. The CQC has written to all NHS acute and community NHS trusts asking them to provide details of backlogs, turnaround times, staffing, and arrangements for routine reporting of images.

Professor Baker said, “When a patient is referred for an x-ray or scan, it is important that the resulting images are examined and reported on by properly trained clinical staff who know what they are looking for - this is a specialist skill."

He continued, “During our inspection of Portsmouth Hospitals NHS Trust, however, some junior doctors told us that they had been given responsibility for reviewing chest and abdomen x-rays without appropriate training, although they felt that they were not competent or confident to do so. We then learned of some cases where signs of lung cancer were missed, with serious consequences for the patients involved. This is clearly unacceptable.

"We told the trust to take urgent action to address the backlog of images which had not been reviewed by a radiologist or trained clinician, identify any patients who may have suffered harm, and report progress to us on a weekly basis which they have been doing."

“We are aware that radiology reporting practice varies among trusts; a clearer national picture is needed to ensure that other patients are not being put at risk.

"I have written to all trusts requiring them to provide us with details so that we can assess the national situation and consider if further action is required. I will report on those findings once this work is completed.”

Portsmouth have been told they must prioritise the backlog of images and notify patients who may have been adversely affected under the Duty of Candour.