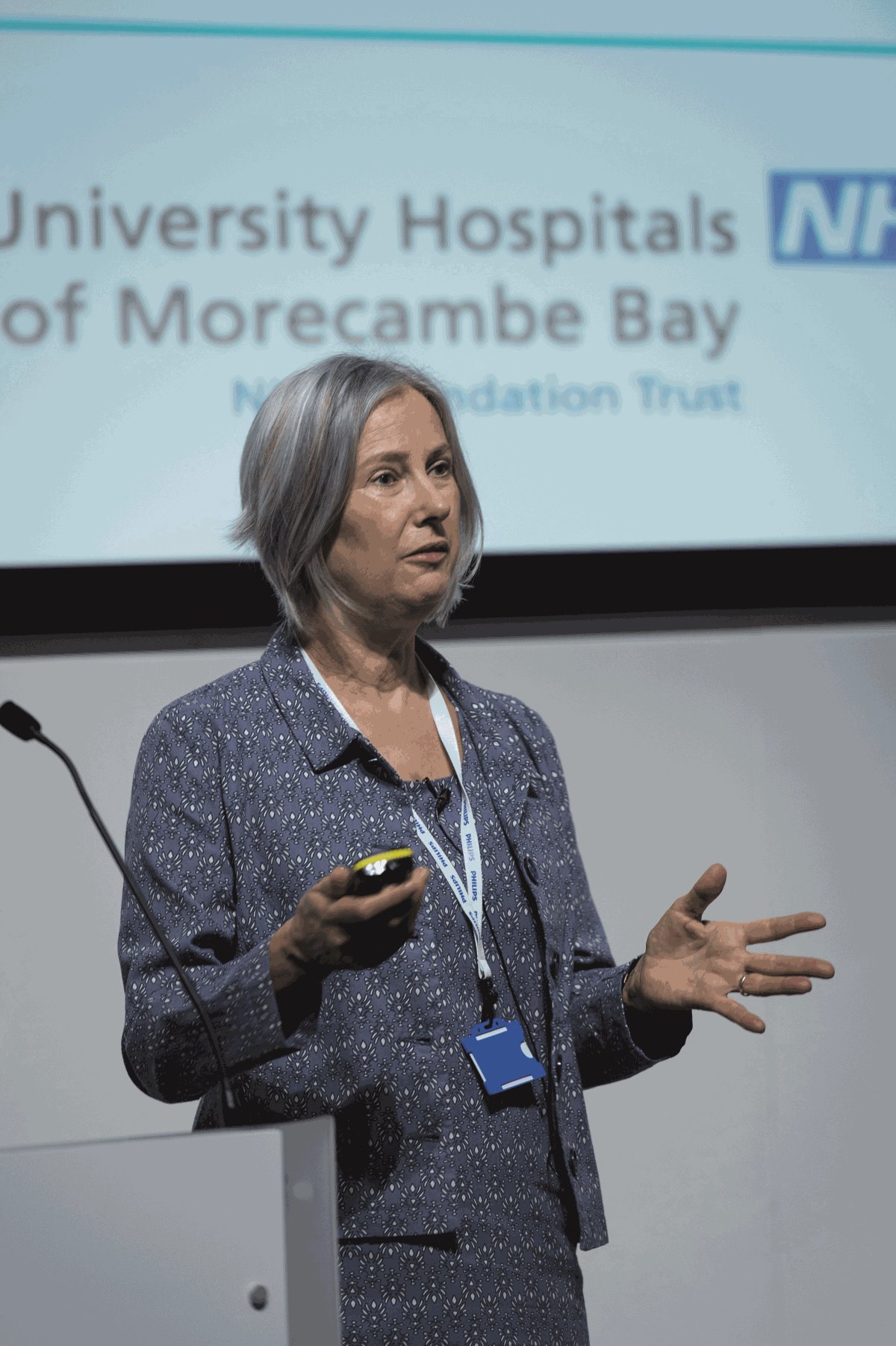 Feel free to speak up; it’s about patient safety!

Heather Bruce, Freedom to Speak up Guardian at University Hospitals of Morecambe Bay NHS Foundation Trust, emphasised the importance of staff being able to speak up and how she had gone about cultivating an environment where staff feel confident in doing so.

“As staff we need to speak up, because patients don’t. When you become a patient you become vulnerable. It’s very difficult to speak up and raise concerns when you’re on the receiving end,” stressed Heather.

Heather was one of the first Freedom to Speak up Guardians in the country and had to find her feet quickly in this new and challenging role.

She spent two weeks walking around the trust speaking to as many staff as she could; and it worked. Concerns started to trickle in via text, phone calls and emails.

To help manage the complaints more effectively, the trust has rolled out a new freedom to speak up app, which Heather explained has been a huge success in allowing staff to report concerns to her directly within an environment they feel comfortable in.

It’s been far from plain sailing for Heather; she was referred to as a ‘Freedom to Sneak up Guardian’ by some when she originally took on the role, but this strengthened her resolve rather than deterred her.

“It just showed how important Freedom to Speak up Guardians are,” she concluded.

• It won’t happen overnight, but try and cultivate an environment where speaking up is accepted.

• When dealing with concerns, keep the member of staff updated throughout so they don’t feel they’re forgotten about. Staff will always appreciate their concerns being taken seriously.

• Get buy-in at executive level, with top down support you have the mandate to make real change.