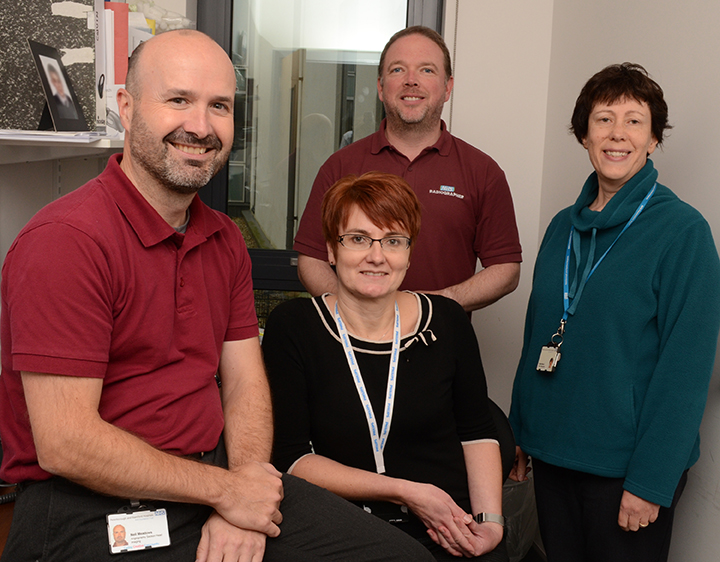 From sceptic to sold: How ISAS helped us

Neil Meadows had his doubts when he first heard his department was about to work towards accreditation under the Imaging Service Accreditation Scheme (ISAS).

Neil, angiography section head at Peterborough and Stamford NHS Foundation Trust, explains: “My colleague Claire Bevan was leading the work and when we first spoke about it I was quite sceptical.

“We already had systems and protocols in place and what was proposed seemed to be a lot of hard work to just tick some boxes. I wasn’t 100% sure it would be of any benefit.”

Nevertheless, Neil supported the decision and began working with his colleagues to meet the standards set out by ISAS.

“Over time, I started to see that it was a good idea,” admits Neil. “Yes, there was a lot to do, but after that initial mass of work everything is then a smooth progression.”

Part of Neil’s role is developing and delivering training programmes. ISAS helped him to formalise these and other areas of his work.

“I’ve got it all written down now, as well as all the protocols for every procedure. I was in the Air Force for 22 years, so for me this was going back to my old ways - having rigid protocols to work to is wonderful! Now, no one can say to me that they don’t know something because it’s all there for them to access.”

Raising profiles
Neil also discovered that ISAS helped to improve relations with clinicians and other healthcare professionals across the Trust.

“I work up in theatre where our interventional suite is based. When I’ve been asked by clinicians ‘have you policies on this?’, I can confidently say ‘yes’ and access them straight away.

“The first time it happened, I was asked if we had a departmental consent policy. It was at this point that all of that hard work suddenly made sense. And it’s been a great tool for me too because it’s raised my credibility as well as our department’s profile generally.”

“The whole accreditation process made us look at what we did and why. So, as well as looking at and developing individual procedures, it helped me to understand how the whole department worked.”

Drawing on his previous experience in industry, Liam was instrumental in standardising the department’s approach to ISAS. He set about creating procedural forms and templates for everyone to use. But it wasn’t until Liam was selected for HCPC audit that he realised just how useful ISAS was to him personally.

“I was able to use a lot of the evidence we generated for ISAS as part of my CPD submission. I could easily prove my ongoing professional development through the case studies and research that we had done. It was very useful.”

Worth it in the end
Not only has ISAS proved to be useful for radiographers in their day-to-day work, it is also helping services elsewhere. Liam’s team helps other Trusts to set up their CTC service and ISAS has played a part in that success. The team has also gone on to win this year’s SCoR Team of the Year Award for the Eastern Region.

Neil concludes: “Like anything, you put the hard work in to start off with, but the benefits are worth it in the end.”