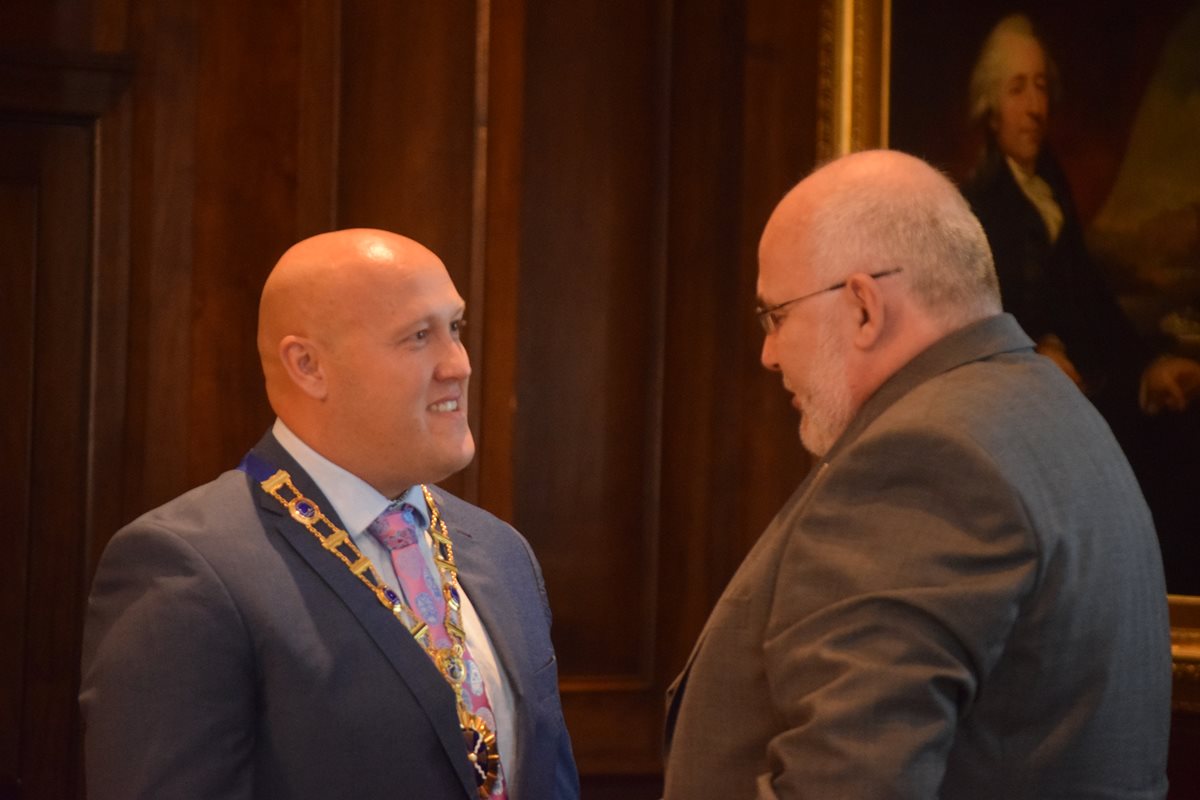 Gareth Thomas has been inaugurated as the 80th President of the Society and College of Radiographers.

Gareth, a lecturer at Cardiff University, assumed the chain of office from outgoing president Steve Herring at a ceremony taking place in Westminster, London.

In his first address as president, Gareth expressed his immense pride at taking on ‘such a prestigious role’, and pledged to fight for the rights of all members over the next year.

“My pledge to every member of our organisation is simple but heartfelt,” he said. “I will be a president for all members of the Society. Regardless of your politics or your point of view, my job is to serve you and I promise I will to the best of my ability.”

Gareth paid tribute to past presidents of the Society and how he had drawn inspiration from them during his six years on UK Council.

“I have had the opportunity to watch and learn from my predecessors at close quarters,” he said.

“Each one of them in their own unique ways have been passionate, diligent and strong advocates for our professional body. I have the greatest respect for all of them.

Drawing on his background in academia, Gareth explained the importance of the Society’s Research Strategy, saying “it is critical for the survival of us as a profession”.

“Without the research domain, how can we ensure we are delivering the best patient care?” he asked.

“I understand we are working under extreme pressures, however I believe the membership need the encouragement and confidence that they can play a part in moving us onwards and upwards.”

He also earmarked tackling the government’s policy on pay restraint one of his main priorities of his presidential term. This, he added, “will require us galvanising the members and working with our brothers and sisters within our trade unions to defend our pay and conditions.”

Gareth rounded off his address with his vision for the organisation, “I want us to be bold and imaginative,” he said.

“I intend to help build a professional body and trade union our members can be proud of; confident, proud of our successes but honest about our weaknesses.”

Nia Griffith, Shadow Secretary of State for Defence, was a guest speaker during the evening, and gave her support to Gareth for the year ahead, citing his dedication to the profession as a key asset which she believed would make him successful.

“It is a real pleasure and an honour to be here celebrating the inauguration of Gareth Thomas as the President of the Society and College of Radiographers.”

“Gareth has huge respect from his colleagues, from his patients and from his students for the time and effort he puts in.

“He’s made some considerable sacrifices to take on this role. He’s given up the opportunity to become a local county councillor; he’s a fantastic campaigner and he would have been great in this role.

“But he said no, because it’s not compatible with the role of being president of the Society.

“Gareth is absolutely firmly committed to working for others.

“So that fact that he’s chosen this year as the year he will give his all to this Society and College is a real delight and honour for you.

“It gives me absolute pleasure to wish him every success in all he does in the coming year.”