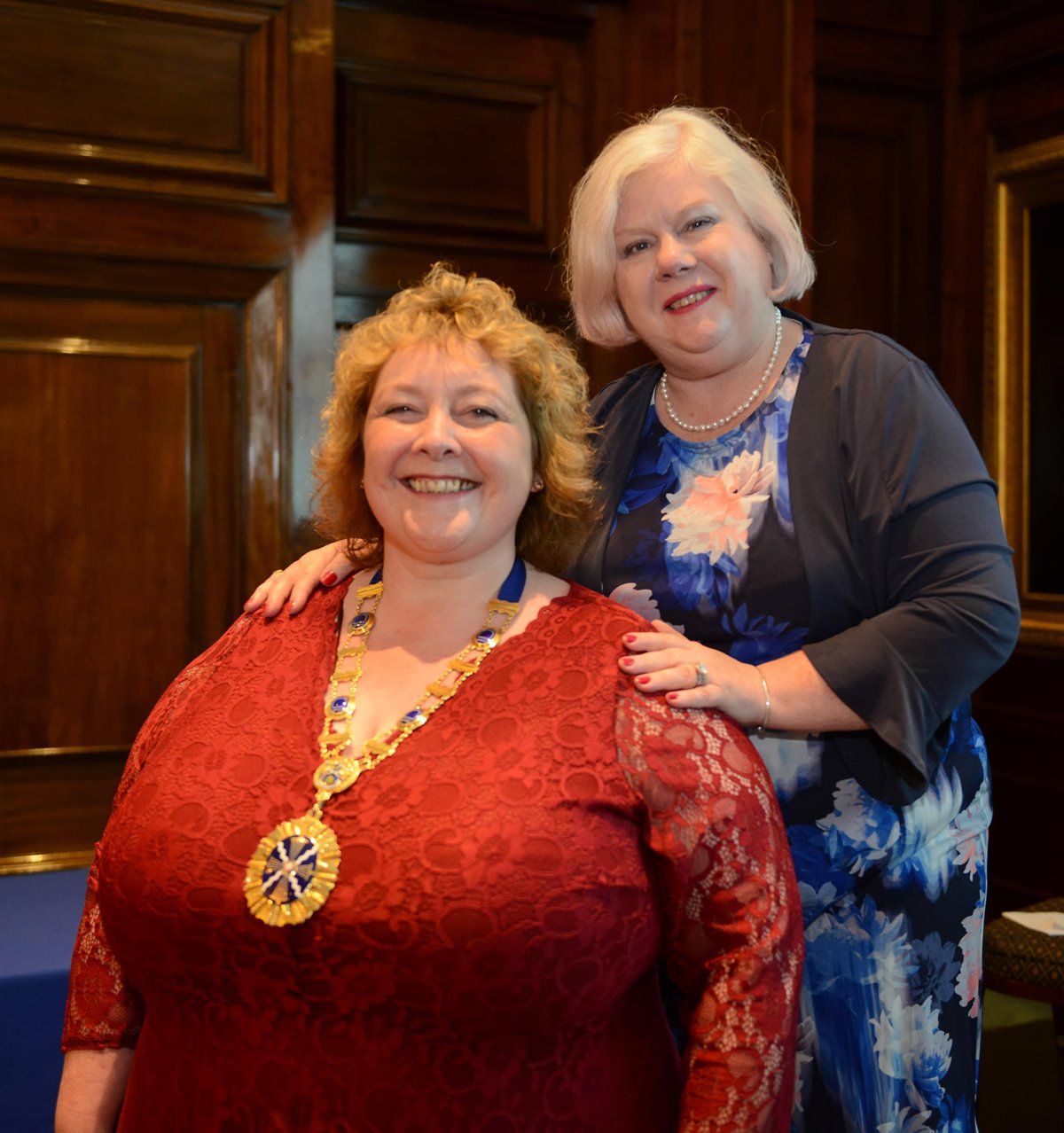 The SCoR’s president for the past year, Sue Webb, has passed the ‘gong’ to Gill Hodges, the UK Council member for Northern Ireland.

At a ceremony in central London last night, Gill was feted by an audience of the great and good of the profession.

In her inauguration address to the assembled guests, Gill spoke of her passion for radiography after spending two weeks on school work experience “in a very small diagnostic department.” She is now a clinical tutor and therapeutic radiographer at Belfast Cancer Centre.

Originally from Scotland, Gill trained at the Middlesex and University College Hospitals School of Radiography. In 1989 she moved to Northern Ireland to “marry a local lad”. She attended the local SoR branch weekends and study evenings and was nominated to be the oncology representative on the newly formed Northern Ireland Council in 2000. She was elected to UK Council five years ago.

Gill’s guest of honour at the inauguration, Geoff Hill, the chair of the Belfast Cancer Centre, spoke about how ‘patient centred’ she is and the role model Gill has been to the students she has mentored and trained, many of whom remained to work in the cancer centre when they qualified.

He spoke of the high quality of staff at the centre and their commitment to patients and their families. Geoff finished his address by quoting from Van Morrison’s song, Days like this, saying “I want to thank you all for allowing me to be part of this day.”

In her final speech as outgoing president of the Society, Sue Webb, said “I can hardly believe that a year has passed since we were here for my inauguration. It has flown by.”

Sue reflected on highlights such as attending the Radiological Society of North America Congress in Chicago and visiting all corners of the UK.

She said, “I have tried to highlight to students that we are professionals in our own right. We have knowledge about our profession that other people don’t and we should be proud of that.

“We should embrace our skills and be confident in them. We must carry on learning.

“Research is the key to the advancement of radiographers.”