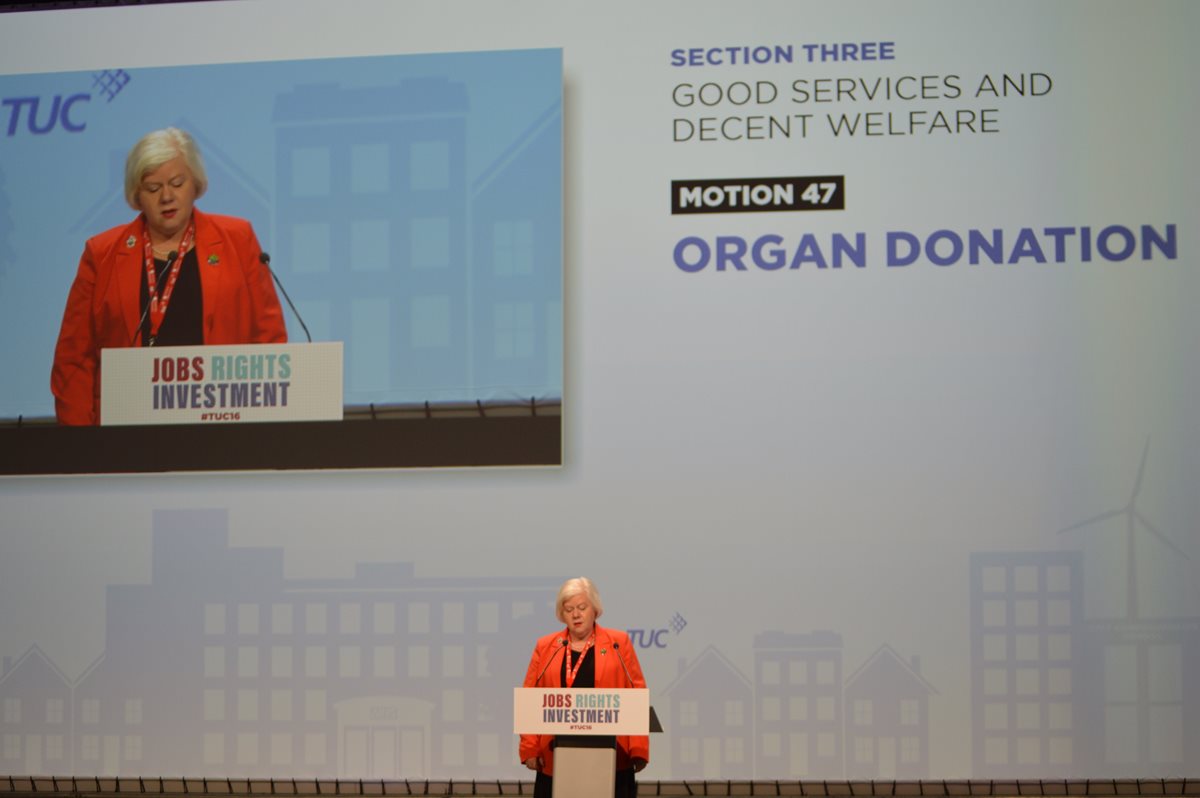 The number of people donating organs and the frequency of transplants is decreasing at the same time as the demand for donations is rising.

The Society’s motion for the TUC to press the government to review the NHS organ donation programme was passed at this year’s congress.

“More than 7000 people in the UK are waiting for someone to donate an organ and 1300 of those will die or will become too ill to receive it whilst they wait for a transplant,” Sue Webb, the Society’s Vice-President, told delegates.

“More than half a million people die in the UK each year, yet less than one per cent are organ donors.”

The reasons for the fall in donor and transplant numbers is believed to be because fewer people died in circumstances where they could donate (8.7% decrease), and there has not been an improvement in the number of people who give consent.

“Whilst 90 per cent of adults claim that they support organ donation, less than a third are on the organ donation register,” Sue Webb said.

“There is an issue around families not providing consent, despite the deceased being on the register,” she continued.

“Also, the next of kin are more likely to agree to organs being removed for transplantation if they knew that was what the deceased wanted.

“Even so, some families will not provide consent even when they know the potential donor’s views.”

The SoR motion at TUC called on the UK government to urgently consider all options to increase donations.