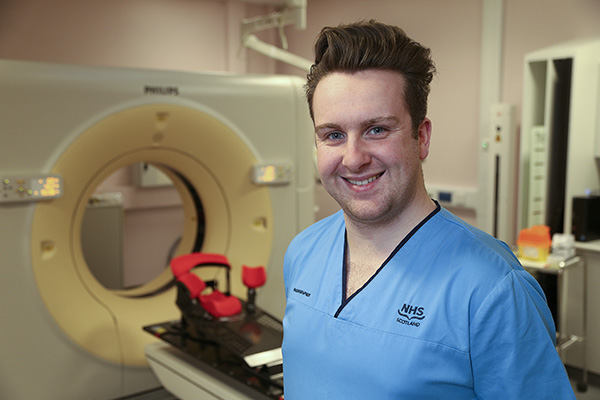 As my term as observer to UK Council comes to an end, I have had a chance to reflect on the experiences I have had over the past year.

My first thoughts of attending a UK Council meeting were that of astonishment at the vast array of subjects discussed, ranging from every branch of radiography, to the political landscape, to the finances of the organisation.

This is understandable considering that UK Council members are charged not only with representing radiographers on the national and international stage, but also to protect the interests of the SCoR as an organisation.

One of the first meetings I attended I was able to witness the election of the vice-president. During the questioning of the candidates I was impressed with their breadth of knowledge and began to understand what it takes to be a UK Council member.

Highlights of my term included the Presidential Inauguration which I attended in July. The speeches by the outgoing and incoming presidents inspired me and reinvigorated my activism for the SCoR.

This event also included the presentation of awards to those who had contributed massively to the radiographic community.

It was great to see recognition for those that had worked tirelessly to improve patient care.

Another highlight was the Radiographer of the Year awards, hosted in the superb surroundings of Westminster Palace.

Again, it was fantastic to see members of the profession receive the much deserved praise for the work they do.

The most inspiring moment of the event came towards the end and was somewhat unexpected. One of the waiters of the event, who had been keen to talk to everyone and make them welcome during the event, took the podium to alert us that our time was coming to an end and we should prepare to leave.

He took the opportunity of having the attention of all in the room to give his sincere thanks to all radiographers for the care he received whilst receiving radiotherapy for prostate cancer.

He said that the way he was treated by the staff that cared for him made his journey that bit easier. This, more than anything, brought home to me why we do what we do as radiographers.

We all work so hard, campaign for the betterment of the NHS and put forward our thoughts and ideas to improve the patient journey and to focus on patient centred care.

I have had a fantastic time as observer to UK Council and would like to thank those that elected me at ADC 2015.

It has been a great opportunity and I would advise that if you want to learn more about the profession, be re-invigorated in your activism or just feel a sense of pride in your profession, stand as observer at ADC this year.

I have come to realise just how proud I am to be a part of this profession.