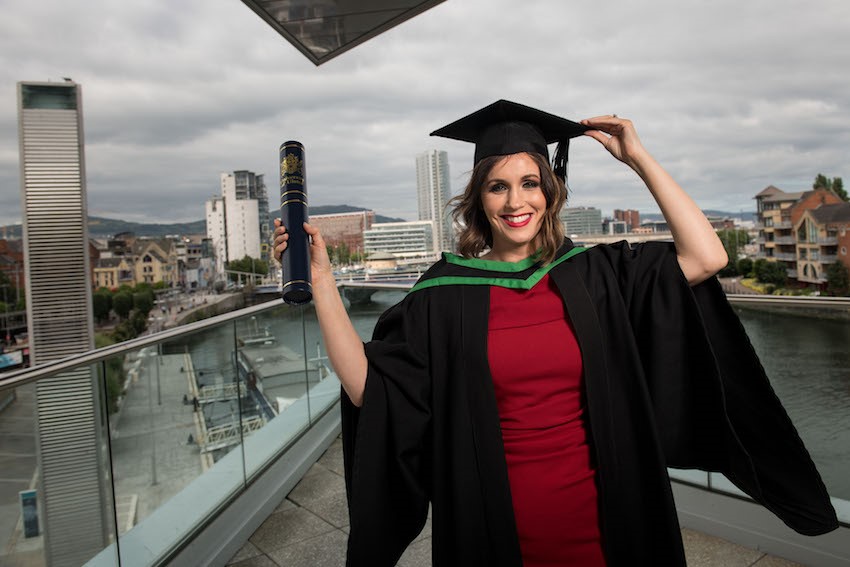 Illness inspires cancer patient to be a radiographer

Being diagnosed with triple negative breast cancer gave Nichola Lyall the motivation to pursue her dream career as a diagnostic radiographer.

Nichola has been awarded a first-class honours degree from Ulster University and her first post is at Belfast City Hospital.

“I truly believe that beating breast cancer gave me the motivation I needed to follow my dream,” she said.

Nichola, from Dunmurry, Northern Ireland, was diagnosed in 2012 and went on to complete six cycles of chemotherapy and a double mastectomy with reconstruction before deciding to be a radiographer.

“My own experiences made me realise that diagnostic radiography was for me. Not only did I find the science side of it really interesting, but I wanted to have the opportunity to provide the type of care that I received and help as many people as I cand,” she said.

“The treatment and consideration I received was amazing: having scans can be a scary and daunting process but each radiographer I met showed me compassion and helped put me at ease.”

After enrolling at Ulster, Nichola juggled family life with studying full time and consistently performed well throughout her degree.

She was recognised on the Dean’s List during years one and two of the programme, an accolade which recognises students who have achieved an overall average mark greater than 70%.

“It was important for me to set a good example to my daughter,” Nichola said.

“I wanted to show her that if you work hard you can achieve anything.”