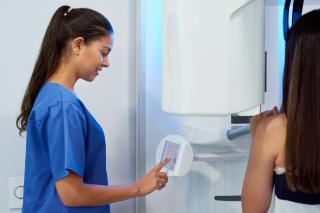 Following extensive consultation with university departments and students across the country, the SCoR Research Group has announced significant changes to the student CoRIPs research grants, intended to make them more attractive to students and create a more flexible application process.

Firstly, the grant is now an award; a small change on paper, says the Research Group but one that will make a big difference to applicants.

“We decided to change the grant to an ‘award’, which means money is paid directly to the student (conditional on the research being completed), rather than to their academic institution. This makes for a simpler process and allows students more ownership and freedom to decide how the money is spent,” Robert Meertens, medical imaging lecturer at the University of Exeter and member of the Research Group said.

“Students will still have a project supervisor however, and the support of the academic institution to help guide this,” Robert continued.

“Additionally, student group submissions are now considered to make projects more manageable for students, although award money will need to be spilt amongst the group.”

There will be two calls for the award each year, one in April and one in October, with two successful allocations in each round. The closing date for the first round is the first Monday of April, and the second round on the first Monday of October each year; this is intended to make developing a timeline for projects much easier.

The group hopes that the changes to the condition of the award will make it much more flexible and allow the award to fit in with the wide variations in curriculum design within radiography education.

“Having supervised a successful applicant, I have seen the advantages the award can bring. Students get to experience first-hand what impact research can have in radiography, and they gain the confidence to take this into their future careers,” Robert said.

“We hope that the changes will provide student radiographers with more opportunities to experience radiography related research at an earlier stage. Research skills should be an essential part of a radiographer’s toolkit and it’s important to develop a research culture from university onwards.

“The student CoRIPS award is ideal for adopting smaller pilot projects that may lead to bigger things, whilst also giving a promising student a valuable experience. The affiliation of the research with CoRIPS also opens up a range of support and networking opportunities to encourage future ideas and research” Robert added.

A final change is that student projects can still be awarded if they fall under a supervising academic’s existing research work. If this research work is funded already, award applications will be considered as long as there is justification for why the student’s work can’t be funded by the existing arrangements.

The changes have been adopted and are reflected on the SCoR webpage with updated guidance and application form.