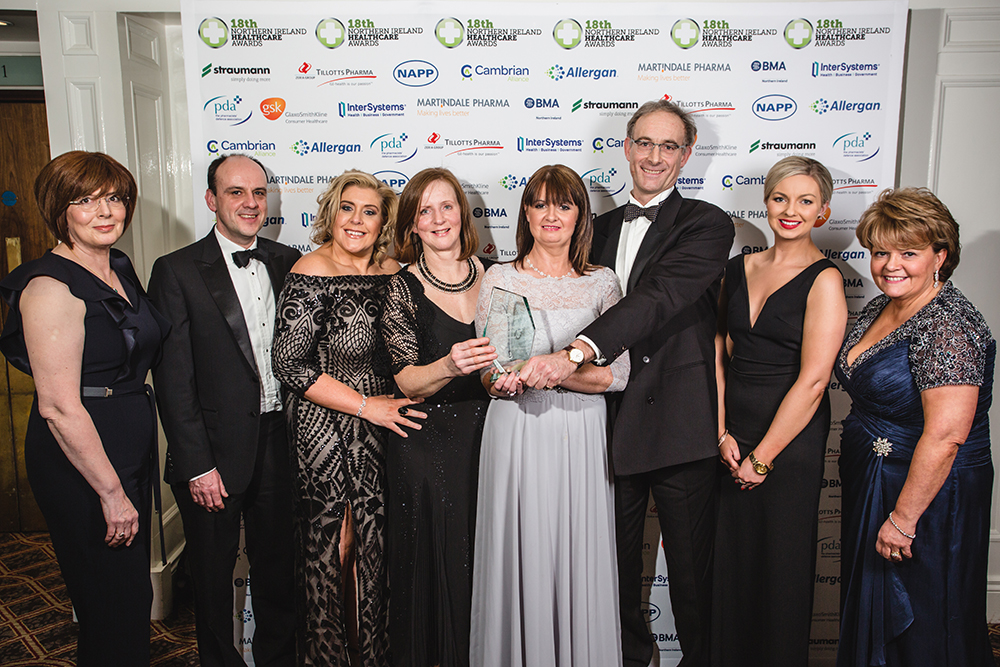 Congratulations to the Belfast Trust Interventional Radiology team on winning Clinical Leadership Team of the Year 2017 at the Northern Ireland Healthcare Awards.

The award was made for 'significant, influential and sustained contributions to medical treatment and development throughout the last year.'

The team were commended on developing and delivering a regional pilot on-call service, offering 24/7, fast and accessible care to the people of Northern Ireland, who can benefit from leading edge care. Developed in December 2015, the service meets an increasing expectation that interventional practice should be available round the clock.

The past few years have seen IR merge from single site 9-5 cover on the Belfast City Hospital and Royal Victoria Hospital sites to a single unit spanning both locations with a total of eight interventional radiologists, 15 nurses (around eight WTE) and 10 specialist radiographers

Leandre Archer, the Society's national officer for Northern Ireland, said, "The development of this pilot 24/7 on call rota was challenging. However, the challenges were embraced and the outcome for positive change was at the forefront of everyone’s mind. Staff were lead through this change cycle in a supportive and engaging manner by each of the team leaders."

She continued: "370 on-call contacts about individual patients have been received with the clinical context and imaging immediately reviewed by the on call IR team. Of those 370 patients, 231 have required urgent out of hours procedures."