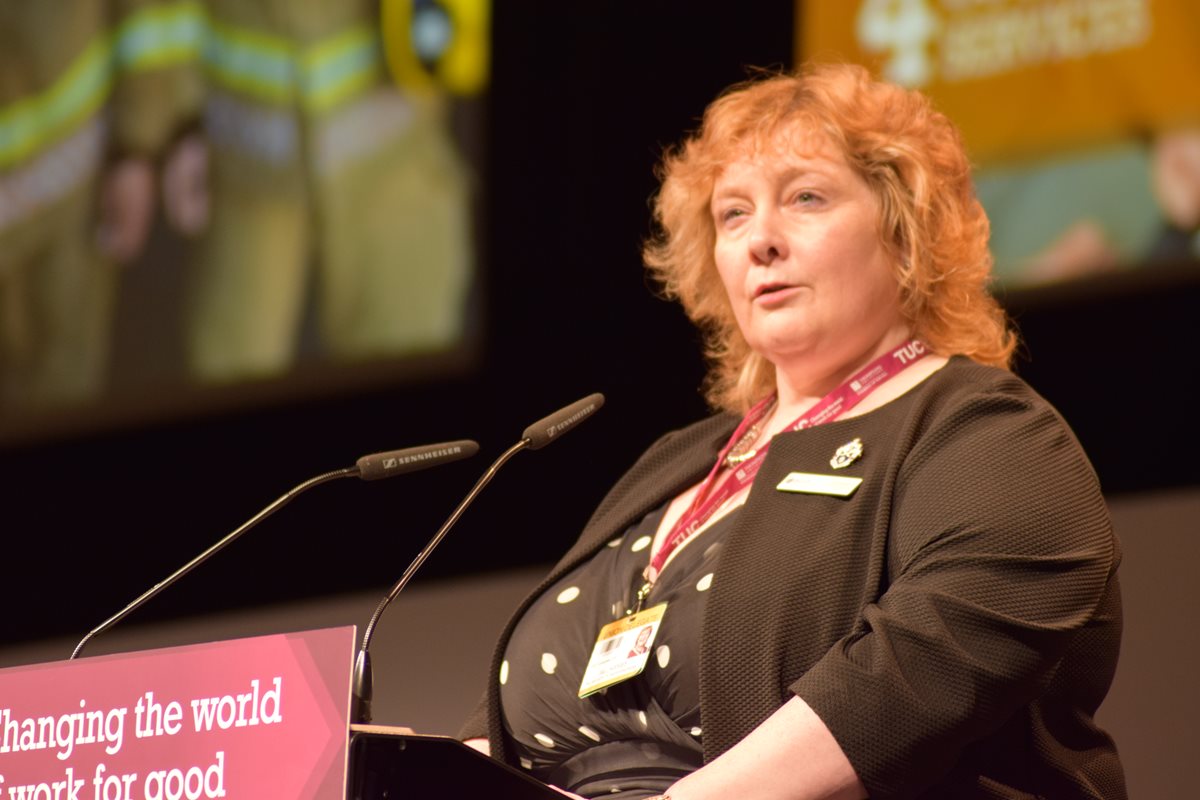 Watch a video round-up from TUC.

The Society's TUC 2017 motion calling on the government to allow male radiographers as well as women to carry out NHS breast screening examinations sparked a strong debate at this year's annual conference.

Thanks to support from the other health unions the motion was carried but there was passionate opposition.

Gill Hodges, the Society's vice-president, advised delegates that there is a national shortage of mammographers and it does not make sense for radiographers who are capable of carrying out the examinations being excluded from doing so because of their gender.

She told them that breast cancer is the most common cancer in women in the UK and the earlier it is detected may have a significant affect on survival and the extent of the treatment required.

“If a woman attending a breast screening appointment prefers to have the examination performed by a female mammographer, of course they should have that option. But regulations currently specifically exclude male radiographers from carrying out mammograms,” Gill said.

Seconded by Annette Mansell-Green of the British Dietetic Association, TUC general secretary Frances O'Grady was next at the podium. Frances said that whilst the TUC general council supported the motion, they did have concerns that male mamographers would deter women from attending voluntary breast screening.

Vociferous opposition to the proposal came from Kiri Tunks of the National Education Union who said that the priority should be identifying why we have a shortage of mammographers. "Will the profession be any more attractive to men than it currently is to women?" she asked.

Kiri pointed out that studies in other countries such as Ireland and Australia showed that 9% of patients claimed they would not attend breast screening appointments if there was a possibility that they would see a male practitioner.

In her right-to-reply, Gill Hodges emphasised that there was no question of compromising patient choice. “If a woman attending a breast screening appointment prefers to have the examination performed by a female mammographer of course they should have that option,” she said.

Gill noted that obstetric, gynaecological and fetal anomaly screening are carried out by male and female healthcare practitioners. It is only breast screening which requires the examining professionals to be female.

Michelle Codrington-Rogers of the NASUWT supported the Society and spoke in favour of the motion, which was first debated and carried at the SoR Annual Delegate Conference earlier this year.

The Society's motion at TUC read:

TUC Motion 64: NHS breast screening programme: moving forward
Congress notes that the essential characteristic of the NHS breast screening programme is that it is a single-sex service. Due to the nature of the role, there is a “genuine occupational qualification” for radiographers to be female, as an exception to the Equality Act 2010. According to the Health and Social Care Information Centre’s statistics for 2013– 14, 2.08 million women over the age of 45 were screened under this programme. There is a national shortage of mammographers and Congress also notes that within the UK this is the only area of health practice where such a genuine occupational qualification applies. No such qualification applies for example in gynaecology and obstetrics or within the foetal anomaly screening programme. Congress believes that this single-sex restriction is not justified and should be brought into line with all other areas of health practice. We continue to support patient choice which would include having a female radiographer if they wish. Congress therefore calls on the TUC to work with the SoR and other likeminded organisations to lobby the NHS England, the Department of Health, the government, devolved administrations, and opposition parties to remove this requirement.