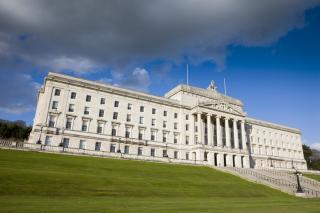 The Society of Radiographers recently sent a consultation survey to all members in Northern Ireland to find out whether they wanted to be balloted for industrial action if unions did not agree a deal on pay for 2018/19 with the Department of Health and employers.

The results of the consultation, which closed on 26 November, found that 89% of those that responded said 'Yes' to being balloted for industrial action.

On 23 November a formal offer from the Department of Health was received by the health trade unions.

Trade unions had not seen this offer prior to its release, or participated in negotiations surrounding this proposal.

The Society of Radiographers are currently reviewing and reflecting on the formal offer and a meeting with the collective trade union body will be planned to discuss the proposal in more detail.

This offer does not meet the criteria which was agreed at the Society's most recent Annual Delegates Conference in relation to pay in Northern Ireland - see Motion 13.

The proposal does not include a mechanism by which there can be parity in pay with England, or any assurance from the Department of Health that a reform and refreshing of the pay scales in line with England will occur in the future.

Leandre Archer, Northern Ireland's national officer, said, "We have to ensure that our members get a pay deal in-line with England and that parity is restored once and for all. Our members and other health service workers in Northern Ireland should not be treated like second class citizens when it comes to pay."

She continued, "Whilst the offer has still to be discussed by the collective trade union body in Northern Ireland, it is likely that members will be balloted for industrial action in the new year unless the offer is significantly improved and addresses the disparity between pay rates in Northern Ireland and the rest of the UK.”