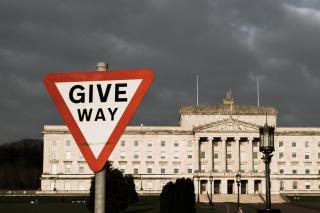 A statement by the joint secretaries of the health unions in Northern Ireland expresses their ongoing frustration with the lack of progress in pay talks.

"It is very unfortunate that the Department of Health continues to use the excuse that no working government prevents the implementation of a fair pay deal for radiographers and other NHS staff," commented Leandre Archer, the Society's national officer.

The statement by the health joint secretaries says: Following the imposition of the one year pay uplift on Agenda for Change pay bands, trade unions resolved to continue to pursue discussions on pay parity with the Department of Health and health and social care employers. Our aim continues to be the inclusion of health workers in the AfC Refresh framework agreement now in place in England, Scotland and Wales.

While DOH has agreed to facilitate and participate in discussions with trade unions and employers on a pay uplift for 2019/2020 and 2020/2021, the Department continues to refer to the absence of a minister as a restriction on what might be achieved. The yearly application of funding for devolved government, whether it is functioning or not, is also cited as another restriction.

The statement goes on to say that the unions have consistently challenged this approach and argued that health workers in Northern Ireland must have access to more than a year on year pay uplift as available to workers in other parts of the UK.

In an effort to break the deadlock, the unions are committed to a series of meetings over the next two months with the DOH and employers. .

The union's statement concludes: Success depends on the ability of the Department and the employers to ensure that those holding the finances both here and at the Treasury recognise their responsibility to health workers in Northern Ireland and do the right thing... Pay them.

"It is important that our members are aware that discussions are on going and pay is still very much on the agenda," Leandre said.

"It is still unacceptable that our members have not been yet been awarded a pay deal in line with what has been agreed in Scotland or, at a minimum, in England. The Society will continue to work to secure a fair deal for all members in Northern Ireland,"