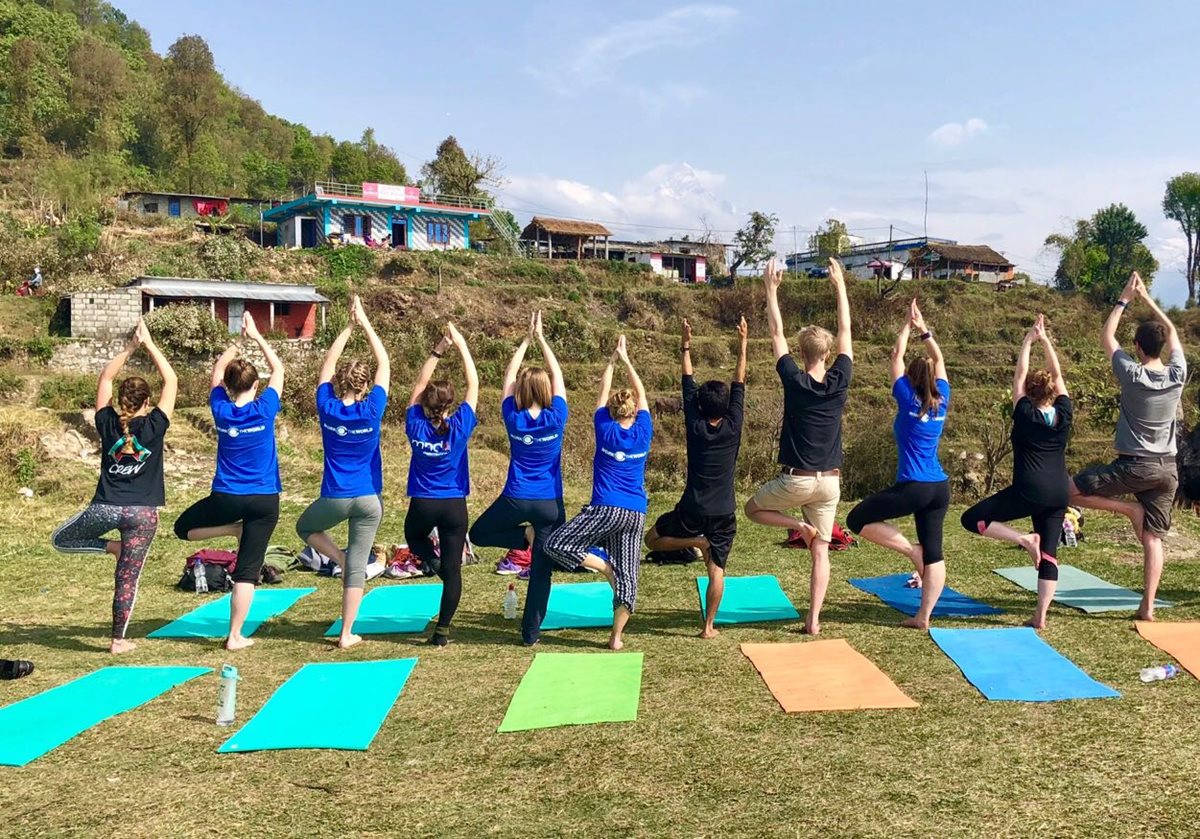 On top of the world in Nepal

I travelled to Pokhara in Nepal on a ‘Work the World’ three-week radiography elective placement to see the differences between healthcare in the UK and a country in the developing world.

I chose to travel to Pokhara for two reasons. First, because I love mountains. Second, because I was good friends with two Nepalese students I went to school with and I wanted to see what the healthcare was like and what treatments were available to patients.

I arrived in Nepal and spent my first week in general x-ray, which was an eye opener. There were three staff members working across two x-ray rooms. It was quite different from a NHS hospital where there would be more staff to share such a big workload; by the end of day one, we had examined 130 patients.

Another major difference was local culture around patient privacy. Staff brought patients into the room while the previous patient was still getting dressed, but I learned that this was the norm.

Radiography staff observed radiation protection standards but were less concerned about patients and families than we are in the UK. Where I could, I ensured that the doors were closed so other patients were not irradiated. I also tried to make sure that only the patient was in the room when we made the exposure.

My second week was split between CT and MRI and it was immediately obvious that the equipment was limited and dated. For example, there was only one 4-slice CT scanner in the whole hospital. It often broke down because of its age, leaving patients unable to get scans.

Patients have to pay for treatment in Nepal. An MRI scan was the most expensive and very few patients could afford it.

I spent my final week in ultrasound. This was especially insightful because I hadn’t spent that much time in ultrasound as part of my university course.

Again, there was little patient privacy. There were two ultrasound beds next to one other, but they were completely open, with patients watching other patients undergoing scans. When a bed became free, the next patient hopped on, otherwise someone else would take it.

The workload was high and rarely did the local radiologists get through all the patients in a day. However, I enjoyed spending time there because local doctors were keen to teach me anatomy and explain pathologies seen on the scan.

As the days went by, I felt myself settling in more and more and I began to appreciate how resourceful staff were considering the circumstances. I could see the difference they were making to patients’ lives. In turn, patients respected local staff and were willing to co-operate, as long as they could see that they or their family members were getting better.

My evenings and weekends were free to explore Nepal, and there was so much to do. Going on safari in a national park was a great way to spend my 21st birthday. My travel companions and I saw rhino, sloths, bears, alligators and elephants!

We hiked up Sarangkot, a nearby mountain, staying the night at the summit to catch the sunrise. In the morning we took a yoga class, then paraglided down. We saw amazing views of the snow-capped Himalayas in the distance. We were literally on top of the world.

From travelling alone to undertaking a clinical placement in an unfamiliar healthcare system, my experience in Nepal made me a more well-rounded person. I realised that different education systems and a lack of resources dramatically affect practices in developing healthcare systems and can be entirely different to what we might consider ‘best practice’ in the UK.

Before travelling, I was nervous about visiting another country by myself. But it turned out to be the experience of a lifetime.

Work the World specialises in tailoring overseas radiography placements in Asia, Africa and Latin America. Their destinations provide an eye-opening insight into the challenges associated with delivering healthcare in the developing world.