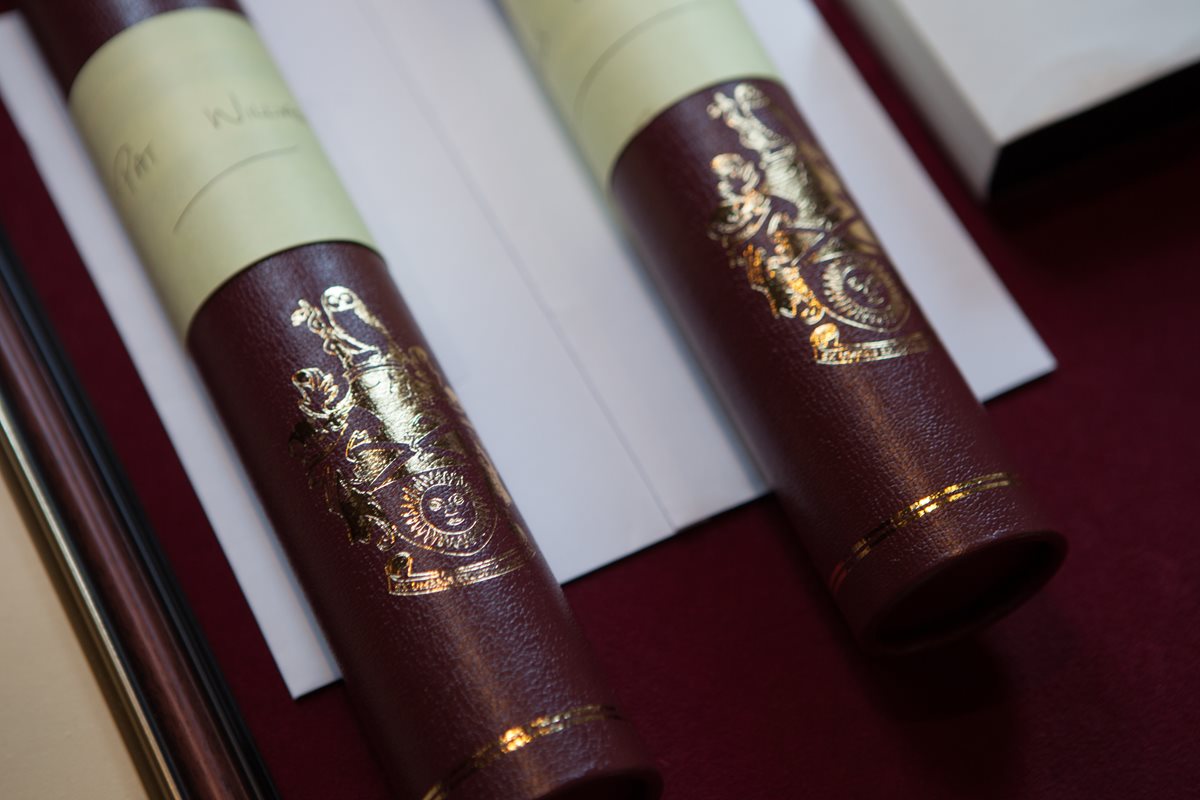 Recipients of the College of Radiographers’ Silver Medal and Fellowships of the Society of Radiographers were in attendance at the presidential inauguration to celebrate their success.

The Silver Medal acknowledges individuals for outstanding dedication and contribution to the profession of radiography.

Nominees must be members of the Society of Radiographers (or retired from active service and membership), or non-members who are outstanding contributors to the profession.

Charlotte Beardmore, Director of Professional Policy at the Society, read a citation which outlined Prof Richards’ longstanding association with the organisation, which included the opening of the SCoR’s HQ in south London in 2000.

Charlotte outlined Mike’s influential role in transforming cancer care in the UK with his involvement in the NHS Cancer Plan of 2000 and his work in promoting the drive to increase training numbers of therapeutic radiographers.

“Mike Richards’ passion for improving health services and, in particular, for all people living with and receiving treatment for cancer, has always been informed by his ability to lead across the whole staff team,” Charlotte said.

“His inclusive style has been valued as much in his national roles at it has always been amongst those with whom he has worked clinically.

“He has had a truly phenomenal impact on the health of our nation. Mike Richards is also a wonderful friend to our profession.”

Winners of the Fellowship of the College of Radiographers (FCR) were also present to receive their prizes.

The FCR is bestowed on individuals who have made a significant contribution to the radiographic profession, with honorary awardees receiving complimentary life membership of the Society.

Miles Woodford picked up his Fellowship in recognition of his contribution to the Society and his personal dedication to people with spinal injuries.

In a citation read by Richard Evans, Society CEO, Miles was praised for ‘his willingness to share expertise and his modesty concerning his personal investment of energy’ over his years of professional practise.

This included pioneering work in the establishment of the Duke of Cornwall Spinal Injuries unit at Salisbury as well as his years of service representing the Society and its members.

“In the 31 years that the Duke of Cornwall Unit has been open and up until his retirement last year, Miles met, spoke with and was involved in the care of nearly every patient that passed through the unit. He is recognised, respected and loved by this special community,” Richard said.

The second Honorary Fellowship of the evening was presented to former SoR President Sheila Hassan.

The award was made in recognition of Sheila’s extraordinary career, which has seen her involved in some of the biggest industrial relations challenges to face the NHS in recent times.

Richard read a citation explaining the various key contributions Sheila has made since returning to the profession in 1999, including fighting for members over Agenda for Change as a Society rep, to speaking up for causes important to her at the Annual Delegates Conference.

Her efforts culminated in Sheila’s election as president for 2015, in which, Richard said, she ‘nurtured and promoted openness and clarity in the workings of our executive and our board of directors.’

And finally, Pat Williams stepped up to receive her Fellowship in recognition for her work supporting radiography research, via her association with the College of Radiographers.

Earlier this year, Pat stood down from the board of trustees of the CoR after 14 years as a trustee, the last six of which were as chair.

In that time, Pat has been pivotal in the development of the profile of research in the radiography profession and of the College as a distinct strategic body working alongside the Society.

In a citation read about Pat by former SoR President Pam Black, the audience heard how these have had and will continue to have a significant positive effect upon radiography and of all who receive imaging or radiotherapy services.

“Pat Williams’ passion for her profession and her skills as a communicator, researcher and leader have changed radiography for the better and have strengthened our professional body,” Pam said.

Read more about the Honorary Fellowship.