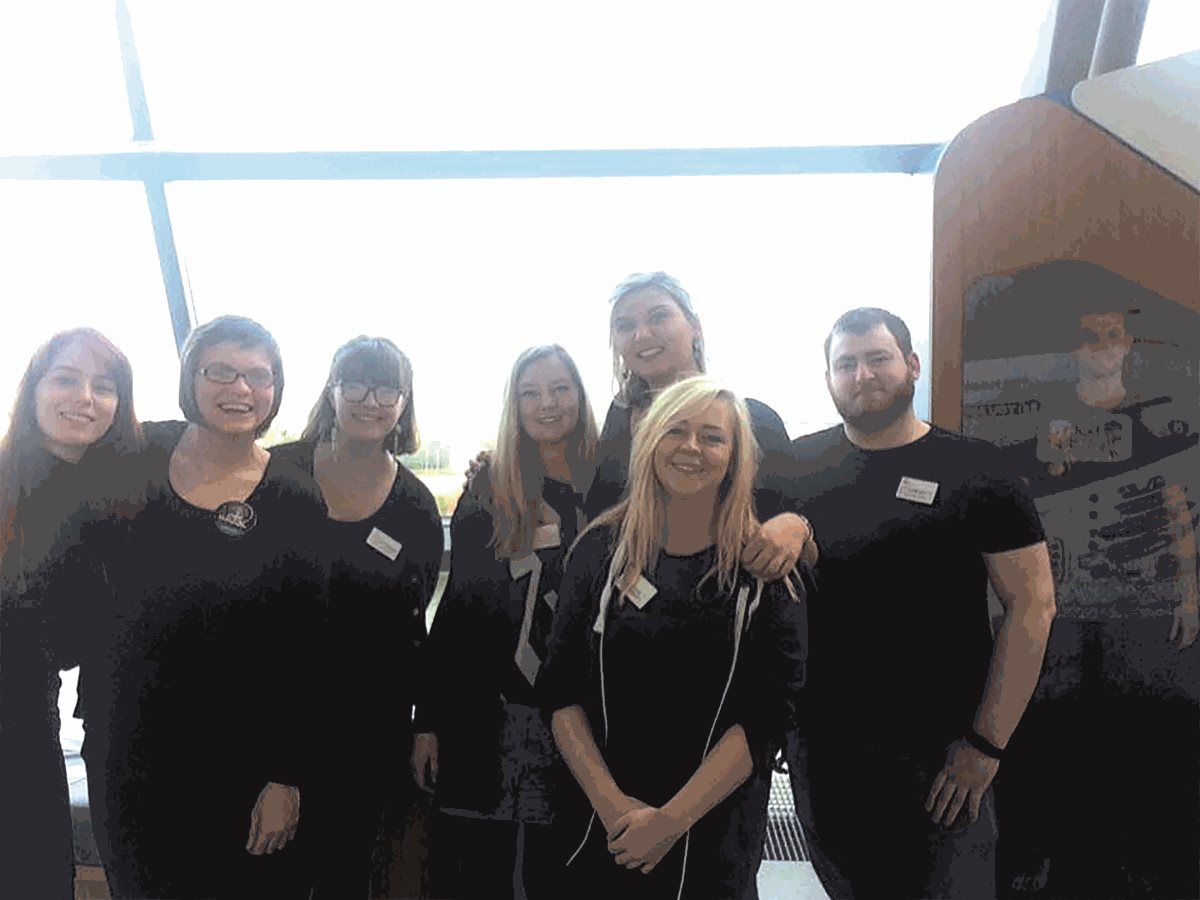 Promoting the profession: Students can make a difference

Sarah Zycinski, a final year diagnostic student at Glasgow Caledonian University, recounts how students at the uni’s radiography society have been busy nurturing the next generation of radiographers.

A few weeks ago, I found myself helping groups of schoolchildren solve a crime and, as an added bonus, enthusing a new generation of radiographers.

The scene was Kilmarnock and the mission was simple: inspire pupils with the same idea that occurred to me when I enrolled at GCU almost four years ago.

Throughout my final year as a student radiographer I’ve had a great experience being part of the GCU Radiography Society. The society is made up from students from both therapeutic and diagnostic radiography and from all years. We plan CPD events for our members, raise money for charities and of course organise social gatherings to give us a break from studying.

This year we have been trying to work closely to the aims of the Society of Radiographers in promoting the radiography profession. Having received classes on the challenges the NHS faces and experienced the effects first hand out in placement, we have aimed to do our own small bit to make a difference. We have felt the best way to do this is to inspire people from a young age.

We first organised a visit to the Glasgow Science Centre. Since we would mainly be interacting with very small children, I designed the activities to be fun and interactive. I organised a team of student radiographers to be based in the skeletal section of the museum.

This allowed us and young children to explore the inside of a bone, investigate how the bones of a skeleton move and then point out “gross!” fractures on a light display. I made up a skeleton word-search and we handed out SoR “What is a radiographer” posters to families.

Later on in the year we were invited to attend a secondary school in Kilmarnock as part of an “Inspire Day”. The pupils were at an age where they are starting to consider their own future and make their subject choices. It did not seem that long ago that I was a pupil in the same position they are in. I remember not finding out what radiography was until quite late into my school life, and wanted to change this for this group of pupils. So I developed an interactive session that would leave an impression and inspire pupils to consider radiography and careers in health as an option for their future.

The day comprised of six 50 minute sessions with myself and a team of other students. It involved an introduction - “who is a radiographer” and teased out the experiences the pupils have had in an x-ray department – this involved a lot of stories about falling off bikes and trampolines! I had made up an anatomy challenge where the pupils had to work in teams to get as many bone riddles correct before time ran out. They had to use x-rays of bones and a model skeleton to find the answers.

The next part of the session was a CSI: Kilmarnock forensic radiography challenge. The pupils had to take on the role as my forensic team to solve a mystery using x-rays as clues to put together their own radiographic report and decide who was guilty. They also got to interrogate the suspects (my team of students!) which was hilarious but amazing to see how engaged the pupils were in the task. The Society of Radiographers were great in sending us some prizes to add a competitive edge to all challenges – much to the delight of supervising teachers!

The sessions went so well, and we received such amazing feedback from both pupils and staff, that we have been asked to return next year. The pupils were so engaged and I believe they were able to relate well to us students.

I would encourage students or societies from all universities to get involved in promoting the profession. Not only is it fun and a chance to build on skills, but as students we have a responsibility as the future of the profession to promote it to the next generation too.

As for my crime busting pupils…Well as in all the best mysteries, the clues were all there and the guilty party was soon identified. In fact, they saw right through him.