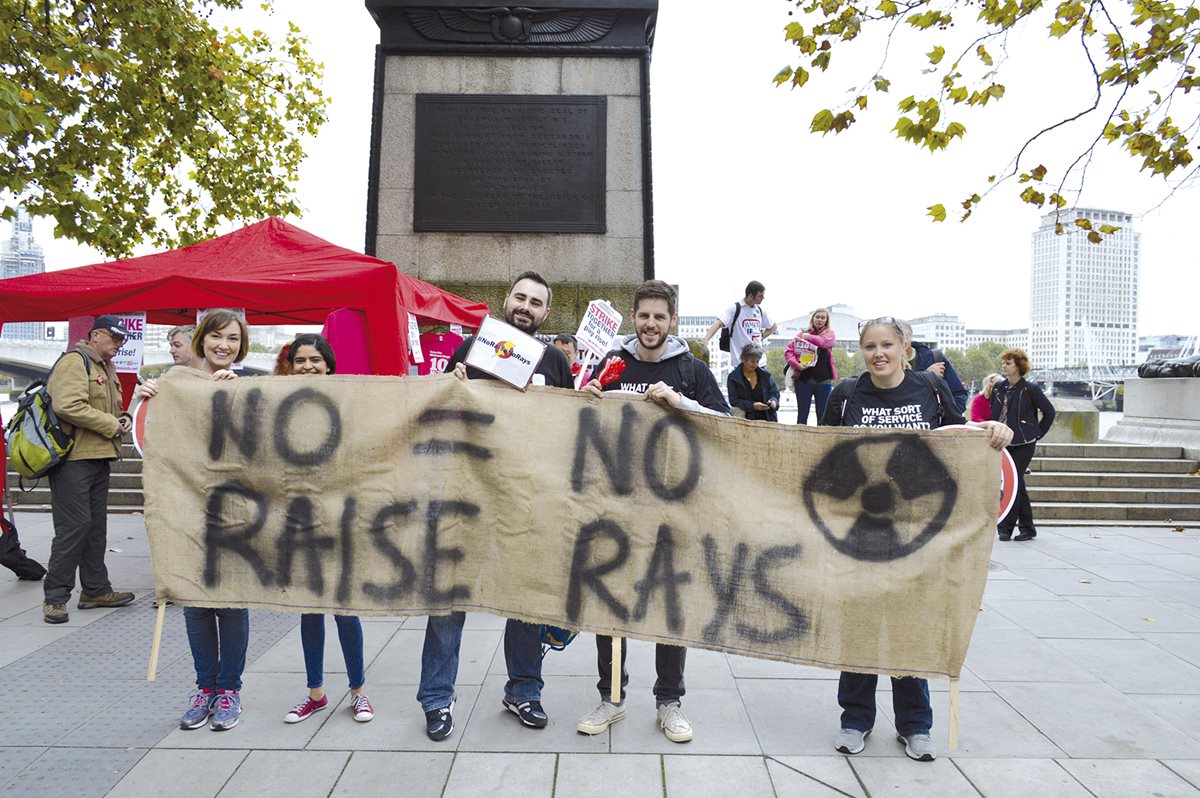 Protecting the rights of radiographers in the private sector

Delia Hazrati, an SoR rep at Alliance Medical, explains the virtues of being an SoR member in the private sector, and what the controversial TU Bill means for private sector radiographers.

Despite the government’s anti-union rhetoric, more and more people in the private sector are recognising that it pays to be in a trade union.

Being a member of a trade union means you are more likely to get better pay, better protection in the workplace, and better health and safety conditions.

Working for a private company in healthcare, I’ve seen first hand that it really helps to have a Society of Radiographers trade union rep there to support you.

Me and my colleagues have been able to discuss and decide upon key issues and take these issues to management at employee forum/staff meetings, generally securing a good outcome.

One issue which we dealt with successfully was the erosion of lunch breaks. It was found that lunch breaks were not always factored into the day, and due to increasing workloads and in-patient demands, staff were forgoing a break. It created a situation where it was difficult for new members of staff to ask to go for lunch. This was brought up and after consistently re-visiting the issue, an audit was carried out with full backing from the management.

After discussions on the best way forward, clear notice has now been given to all staff to take a break, with emphasis on its importance with regards to the working time directive and health and safety requirements. These then became factored into the day list. It was also recongised that it's important to consider the longer term future, with regular audits necessary to make sure these new policies don’t slip with additional demand.

Another issue we tackled was the over running of lists. Extra patients were being added to the extent that some staff ended up doing 12 or 13 hour days. This was brought up by the SoR rep and again taken forward. Baselines were set and the time of the last patient altered so staff were able to finish on time at most sites.

This has really improved the lives of staff and will also have a positive effect on patient care, with radiographers being less stressed at the end of the day and able to perform to the highest standards possible.

It goes without saying, but regular contact with your members is vital. Finding out what issues affect them allows you to properly reflect your members concerns.

Last year radiographers in the NHS took strike action with the excellent slogan “no raise – no rays”. Congratulations again to the members who invented this slogan that came to define the campaign for fair pay.

In the private sector, radiographers have not had any strikes, but it’s still just as important to preserve the basic human right to act as a barrier to attacks on the living standards of us all. How else could we stop attempts to put us all on zero hour contracts for example?

If the government was serious about making strike ballots more democratic they could introduce workplace ballots or let votes be cast securely online. The SoR will resist this attack on our union and our rights.

Radiographers often vote with their feet and change jobs when terms and conditions change, but this shouldn’t be the way to express discontent.

The SoR is here to help and needs you to be involved, especially if you work in the private sector. If you would like to be a rep for your workplace with the SoR, please contact your regional organiser to find out more.