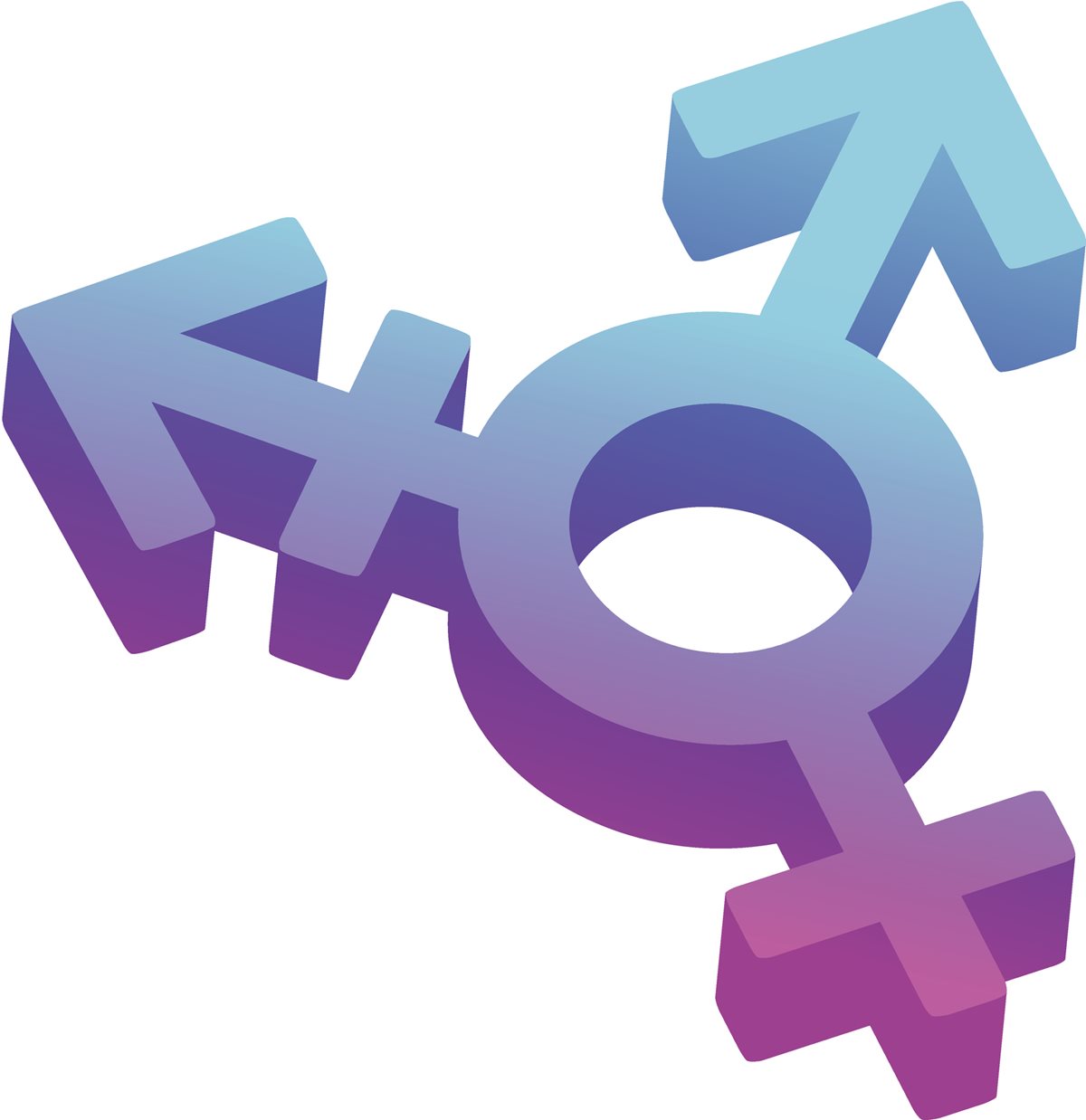 As a queer, non-binary-identifying lecturer, I teach how to best provide appropriate care to transgender and non-binary patients and I’d like to share some tips and personal experiences for radiographers.

In my experience, as a teacher and as a patient, it is clear that clinicians want to provide high quality, individualised and sensitive care in an open and non-judgmental way. This can, however, prove challenging due to a lack of familiarity or understanding of the correct terms for certain identities/bodies/procedures.

Clinicians don’t want to get it ‘wrong’ and offend patients by asking too many questions, not enough or the wrong questions, so I hope this mini guide will be helpful.
Remember that trans and non-binary people make up at least 1.5% of the UK population and 41% have reported that they avoid seeking healthcare due to fear of ridicule, harassment or violence.

Definitions and some tips
These are important and will help you to understand and get the terminology right.

Transgender or trans: an umbrella term for people whose gender identity (a person's internal, deeply held sense of their gender, their ‘maleness’ or ‘femaleness’) and/or gender expression (the external presentation of gender, such as name, clothing, hair, voice, and/or body characteristics) differs from what is typically associated with the sex they were assigned at birth.

Many transgender people are prescribed hormones to align their bodies with their gender identity, some also undergo surgery, but it is important to understand that not all transgender people will take those steps. A trans identity is not dependent upon physical appearance or medical procedures. You cannot tell a person is trans just by looking at them or hearing them speak!

Non-binary, gender non-conforming or genderqueer/genderfluid: terms used by people who experience their gender identity and/or gender expression as falling outside or somewhere in between what is typically associated with being a ‘man’ or ‘woman’.

These are not synonyms for transgender and should only be used if someone self-identifies as non-binary/gender non-conforming or genderqueer/genderfluid, such as me. I have always perceived myself as having no gender at all and am endlessly irritated at being asked to state my sex or gender on documentation.

As with trans people, you cannot tell if someone is gender variant, but if someone tells you that they are, you may wish to ask them how they would like to be addressed.

This is a complex process that can take a long time. Every person’s transition is different, and should not be seen as a journey with a clear beginning and end. In the media this is sometimes referred to as a 'sex change', however this term should be avoided in all circumstances because it is crude and inaccurate.

Gender Confirmation Surgery (GCS), also known as Sex Reassignment Surgery (SRS): This is a surgical intervention to alter someone’s body so that it is more aligned with their perceived gender identity, eg hysterectomy, mastectomy or genitoplasty, and is only one small part of someone’s transition.

You should avoid the phrase 'sex change operation' and should never refer to someone as being a 'pre-op' or 'post-op' transgender person. This implies that one is not a ‘full’ man or woman until a whole range of surgeries have been completed. Remember that not all transgender people choose to, or are able to undergo medical surgeries. They are still trans!

Cisgender: a term for people whose gender identity matches the sex that they were assigned at birth.

Legal definitions and protection
Although this process is currently under review for being overly lengthy and complex, at present a trans person can only change their ‘legal gender’ by changing their UK birth certificate via the Gender Recognition Act 2004.

They are required to provide two medical reports (one from their GP and one from a gender identity clinic specialist) confirming the diagnosis and detailing any transition-related medical treatment, such as psychological counselling, hormones and/or surgical procedures, that they have received.

It is not necessary for the person applying for a GRC to have undergone any surgery or have taken any hormones, but you can see that for some trans people in the early stages of their transition, there may be a disconnect between their appearance and their ‘legal’ name or gender.

Radiographers should note that is an offence for a professional to tell anyone else of the presence of a GRC, or that a trans person ever had a different gender, without their clear and informed consent.

The rights of transgender people are protected under the Equality Act 2010, which specifies that a trans person must not be discriminated against if their gender identity is different from the gender assigned to them at birth, known in the Act as gender reassignment.

To be protected from gender reassignment discrimination, a trans person does not need to have undergone any specific hormone treatment or surgery, and may be at any stage in the transition process, but will only be protected if they propose to change their gender, or have already done so.

I should also briefly mention the Ionising Radiation (Medical Exposure) Regulations 2017: IR(ME)R, the legislation that requires you to ask all people if they have reproductive organs and, if so, which organs and if there is any risk of pregnancy (even if their gender expression is clearly male).

A straightforward solution would be to routinely ask every patient of childbearing age the same question, thereby challenging any assumptions based on appearance or perceived gender.

Things that can and do go wrong and how to avoid this
Referring to someone, especially a transgender person, using a word or pronoun or form of address that does not correctly reflect the gender with which they identify, is known as misgendering and happens frequently to trans and non-binary people.

Potentially more distressing is what is known as deadnaming: when someone, intentionally or not, refers to a trans person by the name they used before they transitioned. This is also described as referring to someone by their 'birth name', or their 'given name'. This is the most common problem many trans or non-binary people experience in healthcare and occurs for a range of reasons.

My personal experience is that having changed my name to a more gender-neutral name but because not all my medical records have yet been amended, I get called by or written to by my former, very gendering name.

If someone has told anyone in the team that their name is something else, no matter how they present, you should try to ensure that this gets changed across the board, on digital as well as handwritten records. For medicolegal reasons, if someone’s name change is not ‘formal ‘(ie through deed poll or via the Gender Recognition Act), you can still do this and record it as someone’s ‘known as’ name.

Making assumptions about a patient based on how they look is also unfortunately common. An example I use in my teaching is a personal one involving a friend who is a transman, who has not had a hysterectomy or any genital surgery, and who was presenting at a gynae clinic with vaginal bleeding.

Despite explaining that he was the patient to receptionists, the consultant and other clinical staff, the sonographer asked me to take my underwear off and hop onto the couch for the scan. When we explained yet again that the patient was actually not me, the sonographer did not believe us, left the room to check and then returned rather embarrassed. The lesson here is clear: do not make any assumptions!

Following the correct advice on gaining three forms of positive identification from a patient, before asking them to get onto the couch, would have helped in this situation.

Finally, a reminder that the HCPC’s ‘Standards of conduct, performance and ethics’ state that all service users should be treated as individuals, respecting their privacy, dignity and confidentiality.

Clinicians should work in partnership with service users in a non-discriminatory way, not allowing personal views or beliefs to impact on the care given or choices offered. Indeed, the code even stresses that you should challenge colleagues if you think that they have discriminated against service users.

A summary of hints and tips

My final tip would be to read the recent, excellent editorial in the journal Radiography by Sanders and Petersen, Improving communication with the gender diverse community in diagnostic imaging departments, which outlines the issues and potential solutions in far more detail than I have been able to here.