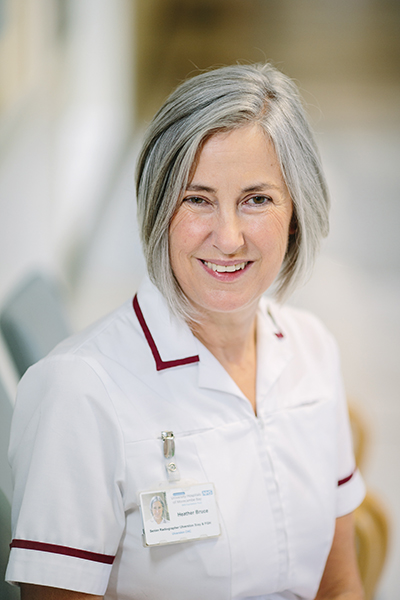 When Sir Robert Francis QC published his 1782-page report into the failings at Mid Staffordshire NHS Foundation Trust four years ago, he recommended that steps be taken to create a culture of greater openness, transparency and candour.

The government responded with the document Hard Truths: The Journey to Putting Patients First which set out the recommendations it would take forward. The challenge was mainly one of culture, it concluded, adding that ‘safe care is dependent on healthy cultures: having the right values, behaviours and optimum systems and conditions to minimise harm and to learn from patient safety incidents.’

Since then, the conversation has moved on from the ‘what’ and ‘why’ to the ‘how’. Trusts across the country are taking action by pioneering new initiatives, and reinforcing safety protocols and processes.

Already finely attuned to issues of safety and error reporting, radiographers are playing an important role in further developing this patient-centred safety culture. Some are taking on newly created posts and others are putting new knowledge and training to good use.

‘Humanising’ the workplace
Naomi Burden is the quality and governance radiographer at Royal Cornwall Hospitals NHS Trust. Naomi began her working life as a therapeutic radiographer and soon developed a strong interest in patient safety.

In February 2015, Naomi attended a safety officer course through the Institute for Healthcare Improvement. “The course gave me a new confidence to look at things differently,” she explains. “It consolidated what I already knew and what I learned gave me a framework that I could hang all the safety patient threads on.”

Since then, Naomi has been leading patient safety work alongside Dr Richard Morse, consultant radiologist and governance lead for imaging. In October 2015, they attended Human Factors & Error Management training, led by Trevor Dale, a retired British Airways training captain and co-founder of Atrainability.The training is based on the simple notion that all human beings are fallible. With this understanding, the training helps teams and individuals see when and how things might go wrong.

Developing a ‘safety culture’ means that, when things do go wrong – as they inevitably will – the individual, team and organisation is secure and empowered enough to acknowledge mistakes, learn from them, and do what needs to be done to put things right.

“We were sceptical about some of these ideas at first,” says Naomi, “but once you start to learn about human factors, and how you can prevent errors, it was like putting a pair of glasses and seeing things differently, more clearly. It gave us a new way at looking at what we do and why. It’s all quite common sense and I found myself thinking ‘why don’t I do something about that?’”

Since completing the course, Naomi has been sharing her learning with colleagues. Together, they are incorporating their new knowledge into improved ways of working and using the training to inform incident investigations.
To kick-start these changes, Naomi wanted to measure safety culture at an individual, team and environment level. The radiology department undertook a SCORE Survey, a tool that provides insights into healthcare culture, from safety and teamwork through to employee engagement and resilience.

“We trialled it in the area of patient safety and the findings in the team were very positive. It has given us a sense of assurance about the work we’re putting in,” says Naomi. “The model of safety culture brings together everything we do to prevent errors and how we react when errors are made.”

The department has since made changes to its systems and processes, and there has been a focus on improving appraisals and the learning environment. Training for senior staff has been re-worked, and the team have reviewed all incidents that have occurred over a 12-month period, looking at how they could have been prevented.

Naomi says that it’s important to acknowledge that service improvement isn’t always about launching a huge project with great fanfare. It’s more about adjusting the lenses through which patient safety is viewed.

“We already had a strong focus on quality assurance so service improvement opportunities had already naturally been identified. But there are areas we can work on – there always is! We are not perfect, but we are proactive.”

Commitment at all levels is key, says Naomi, particularly at the top: “It takes investment in the workforce, in both technical and non-technical skills. Leadership is very much at the heart of this because it needs everyone to buy into it, but the benefits are far-reaching, for example, it improves communication throughout the whole team.”

The team are already seeing the benefits of the culture shift and potential incidents have been averted due to the new way of thinking and responding to situations.

Concludes Naomi: “We’re not looking for instant results. When it comes to developing and changing culture, it’s more of an organic process which we expect will evolve. Simple changes can make things better.
“This is something that belongs to everyone, anybody can do at any level. It’s about humanising the workplace.”

Freedom to speak up
Among the failings detailed in the Francis Report was the poor treatment of staff that had tried to raise concerns. To examine this further, the government commissioned the Freedom to Speak Up (FTSU) review, also by Robert Francis.

The publication of the review in February 2015 found that the negative way whistleblowers were treated was widespread throughout the NHS. This highlighted the need for staff to be able to raise concerns and to feel safe to do so in the interests of patient safety. The government accepted all the recommendations, including the need for a Freedom To Speak Up (FTSU) Guardian in every trust.

Heather Bruce is the FTSU Guardian at University Hospitals of Morecambe Bay NHS Foundation Trust. She applied for the role after the trust advertised for a clinically trained member of staff to take it on, without giving up their main role.

Heather explains: “Our trust was already working proactively in this area and wanted a professionally registered, clinically trained member of staff, with a background of management, governance or staff-side. As an industrial relations rep for the SoR, the role had my name all over it.”

Heather was appointed in July 2015 and was one of the first FTSU Guardians in England. She spends three days a week actively promoting the issue of ‘raising concerns’, with the aim of speeding up the trust’s creation of a blame-free learning environment.

Being among the first in the country to become a FTSU Guardian has meant that Heather has spent a lot of time shaping the role. There were no templates or training programmes when she began, apart from the guidance outlined in Francis’ FTSU Review.

NHS Employers’ national networking group and website has been invaluable, says Heather, and the National Guardian Office has now also been established. Although Heather was given no single job description, guidance on establishing the role was published in April 2016. Now all trusts are expected to have a FTSU Guardian in place.

“The role of the FTSU Guardian is to support staff, volunteers, locums and students and it is a great opportunity to help patients in improving and maintaining the safety of the services. As a Guardian I’m not expected to personally pursue issues, but I must make sure that they are escalated as they should be.”

Heather says there is a natural fit with her role as an SoR industrial relations rep as “both are about supporting staff in order to provide safe and excellent care for patients”. Her SoR reps’ training stood her in good stead for what lay ahead, which has mostly involved raising her own profile, as well as that of ‘raising concerns’ issues.

“My time is divided between being reactive and proactive. I’ve distributed thousands of leaflets and hundreds of posters with my picture and contact details on it, so I’m now recognised widely throughout the trust.”

Heather meets with staff who want to raise concerns, discreetly and where necessary off-site. She admits that initially there was some cynicism from the staff towards the role, but no more than she expected. Fortunately, the post was created as the trust launched its Behavioural Standards Framework which outlines what staff can expect in their day-to-day working. It was written by staff for staff, and Heather says it has been empowering for all.

“My line manager has been very accommodating and supportive of me in the role, and I have the full backing of Jackie Daniel, our CEO. I work with David Walker, our medical director, and Bruce Jassi our FTSU lead non-executive director, meeting with them once a month. As always, my colleagues have been supportive and they are still using me as their rep. They now fully support the concept of FTSU.”

During her early days in the role, Heather tested numerous ways to reach out to all staff across all departments and services, but nothing has worked better than face-to-face contact.

“Promoting the culture of ‘learning, not blaming’ has been very time-consuming and we are a geographically challenged trust. Walking the floors was the best way to engage with staff as we all know that clinical staff are far too busy doing their hands-on jobs to access trust communications.”

UHMBT has recently launched their “Freedom to Speak Up” App to enable staff to raise concerns easily and in confidence.

Fortunately, Heather’s efforts are paying off – she is seeing a positive shift in attitude and expectation. “NHS staff come to work for the benefit of the patient and if the staff feel supported and valued then they give an excellent service. They know that because they can contact me they feel more valued at work.

“In the end, we will all be patients and we all know what good care looks like, so we must all speak out. Our patients don’t speak out because they are vulnerable. As soon as we become patients we cross that line, so it’s essential for staff to speak up.”

Heather says that although being a FTSU Guardian is rewarding, but there is still much more to be done: “FTSU Guardians have to be able to stand alone to some extent, which as radiographers we are not particularly used to, but one of the best things for me has been the appreciation that I receive from the staff who have come to me for support.

“I am also really pleased that I seem to be approachable to everyone across the trust, no matter what their role is in the organisation.

“This is a real opportunity to improve services, but there is an awful lot of work still to do in FTSU and it is going to keep me busy. I am now in contact with our local university where the majority of our staff are trained and I’ll continue to promote the culture of raising concerns.”

How will Heather measure her success? “We will know we are doing well when everyone feels able to raise concerns in good faith, without fear of reprisal. And when FTSU Guardians are redundant!”