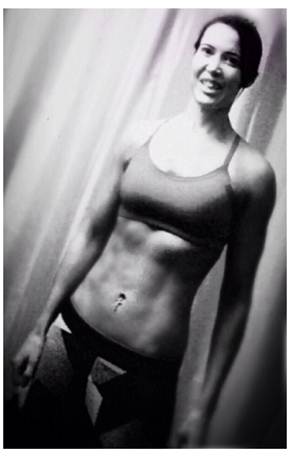 Emma Land, a CT superintendent radiographer at the Alexandra Hospital in Redditch has finished runner up in a national fitness contest.

Emma fended off competition from thousands of entrants to make the final 5 finalists of The Body 2015 competition run by Women’s Health magazine, where she narrowly missed out on the top prize in a public vote.

Twelve years ago, Emma was battling with her weight and suffered from low self-esteem and energy levels.

However, after resolving to turn her life around, she’s gone from strength to strength. Now she juggles a hectic schedule of fitness activities with her work as a radiographer and her time spent teaching 10 fitness classes a week in the Redditch area.

Emma was encouraged to enter the competition by a friend, but she admits she never thought she’d get as far as she did. “I entered it almost as a joke and just included a couple of sentences about myself with 2 photos.

“I sent it in and then forgot about it. It was nearly 3 months later that I had a phone call to say I’d been selected to be in the top 10 out of thousands of women across the UK that applied. I was invited down to London for a photo shoot with the other 9 girls.

“I was chosen to stay and then a further photo shoot took place with just the 5 of us.

“These photos then went into the Women’s Health Magazine for the public to choose their winner. I was 40 at the time and the other girls were 10 and 15 years younger than me, I just remember looking at them wondering how on earth I had ended up amongst them!”

Emma has received acclaim from her colleagues, friends and family for her amazing achievement. “Everyone has been really supportive and happy for me. My family and friends were so excited for me and really genuinely interested in it all.

“It would have been nice to have won it for everyone that voted for me but I am really chuffed with coming so far. It has been a huge confidence boast and peoples comments have meant so much to me, they all say I’m a winner in their eyes, so I’m happy with that!”

Following her success, Emma has now got her eyes on the next prize; the Miss Galaxy Universe British Championships, taking place on Saturday May 21 at the Hawth Theatre in Crawley, West Sussex.

“Training is pretty gruelling at the moment,” says Emma. “I’m on a high protein, low fat diet and have to eat all the time! The fitness competition is a show created by women for women and is a show based around performance and functionality.

“Then in the afternoon I have hair and makeup done and get to strut the arena stage in a bikini. And finally, in the evening there is the evening dress stage show and some show girl entertainment.

Emma is also a huge advocate of the important role radiographers have to play in public health issues.

Emma cites Unison's Head of Health and Chairwoman of the NHS Social Partnership Forum, who said: "The health and well-being of NHS staff at work has a direct impact on patients and this initiative rightly starts recognising that.”

“I believe that we all have a responsibility,” concludes Emma.