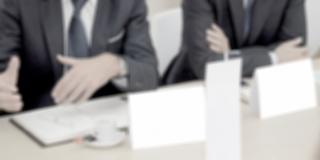 Radiographer given caution by HCPC tribunal after fraud conviction

A radiographer who pleaded guilty to fraud charges and then failed to inform the HCPC of her conviction, has received a 12-month caution.

Cheryl Williams, a radiographer at the Dorset Breast Screening Service, appeared before magistrates charged with failing to notify the Department for Work and Pensions that she was not entitled to claim a widow’s pension and parent’s allowance, because she had been living with a new partner who was working.

Mrs Williams was sentenced to 120 hours of community service.

Her manager advised her to inform the HCPC, which she finally did.

The Health and Care Professions tribunal panel decided that a caution order of 12 months would be appropriate and judged that although the convictions did not relate to insignificant matters, nevertheless they were limited in nature and unlikely to be repeated.

The panel also concluded that Mrs Williams had expressed remorse and demonstrated insight in relation to her actions. Her understanding of the wider, non-clinical elements of a practitioner’s responsibilities was greater than it was before she made disclosure to the HCPC.

"The conclusion of the panel was that the imposition of a caution order is a necessary but sufficient response to the findings it has made. It is necessary because it will serve to remind the registrant of the importance of remaining alert to the wider responsibilities imposed on professionals.

"It will also serve to reassure the public and other professionals that matters of the sort found by the panel will not be overlooked by the regulator. It is sufficient because the imposition of a more restrictive sanction is not required.’

Mrs Williams was present at the hearing.

The details of the hearing are on the HCPC tribunal website.