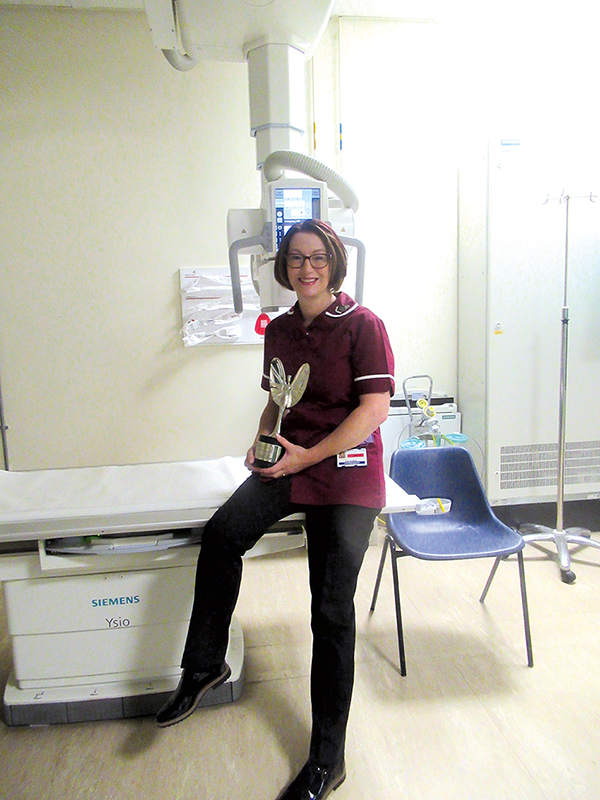 Radiography in spotlight at Pride of Britain

A radiographer from Royal Bolton Hospital received the acclaim of celebrities, politicians and members of the public at this year’s Pride of Britain awards.

Amanda Martin, Lead Radiographer at the hospital, attended the ceremony on behalf of colleagues at the trust, who were recognised for their outstanding contribution in response to the Manchester bombing, which tragically claimed the lives of 22 people.

Along with ten other representatives, Amanda was presented a Special Recognition Award from Prince William, in appreciation of the response of local hospitals.

Amanda recalled, “We are used to dealing with some nasty injuries in our normal daily work, but we are not used to seeing the images that we saw that night, nor are we used to dealing with the emotional side, knowing that some of the patients had relatives who had died in the incident, or had children who were missing.

“All the staff supported each other emotionally. We heard some horrendous stories from our patients but we worked so well as a team and with our colleagues in the emergency department.”

“I was proud to be able to represent my profession, a profession that I have been a part of for more than 30 years, as well as my trust and all of the staff who dealt with the victims of the attack on the night and in the days and weeks to follow,” commented Amanda.

“Everyone we met was so approachable, posing for pictures and chatting with us.

“They all said that we were the stars that night, and extended that to all health professionals who were not with us. When it comes to it, we are all stars and pull together as one big team when needed.”

The winners were also invited to 10 Downing Street for a light lunch with the PM the following day, posing for the official winners' photograph and chatting to Teresa May about the roles they played that evening.

Amanda was also interviewed on BBC’s 5Live as part of their Blue Light Day, which is available on the BBC iPlayer. Amanda's interview starts at 02h 08m.