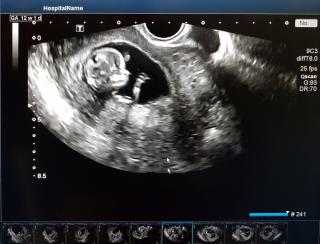 Members say there is a lack of resources and training to safely deliver the programme when it is due to go live at the end of March next year.

"The SoR was not consulted during the preparation of the Care Bundle and three of the five elements in SBLCBv2 may or will have an impact on ultrasound service delivery," said Nigel Thomson, the Society's professional officer for ultrasound.

"The introduction of uterine artery Doppler for patients at high risk of stillbirth is the proposal causing particular concern because relatively few sonographers have experience of this technique," Nigel commented.

"The SoR supports the aims of SBLCBv2 to reduce further the numbers of stillbirths, which are still relatively high in comparison with other European countries. However, there are funding and training issues which will need to be addressed.

"The implementation of the first version of the Care Bundle increased pressures on obstetric ultrasound departments due to the considerable increase in the number of growth scans requested. Many obstetric ultrasound departments already have major capacity issues and the long standing shortage of sonographers makes recruitment of new staff difficult."

Nigel continued, "Many departments simply cannot take on further work without an increase in resources. It also takes a long time to train a sonographer. The training is resource intensive and funding may not be available."

The introduction to version 2 of the Care Bundle says: The 2017 Office for National Statistics (ONS) report shows a fall in stillbirth rates in England to 4.1 per thousand. This is testament to the continued efforts of maternity services across England to deliver system-wide improvements in maternity care. The fall should be seen within the context of the Maternity Transformation Programme which is implementing the recommendations from the ‘National Maternity Review Better Births’ report. It would however be wrong to solely attribute the fall in stillbirth rates entirely to implementation of the SBLCB, but it is reasonable to assume that the first version of the SBLCB has made a valuable contribution.1

The SoR has written to Professor Elizabeth Hughes, chair of Health Education England’s (HEE) Integrated Imaging Workforce Working Group to highlight the implementation issues and to seek training and funding.

"We have also met with Dr Matthew Jolly, national clinical director for maternity and women’s health at NHS England, as well as being chair of the SBLCBv2 oversight group," Nigel said.

"Both HEE and NHS England are very aware that there will need to be funding and support for training and to put the necessary staff resources in place if the Care Bundle is to be fully implemented.

"We have also been talking with the Fetal Anomaly Screening Programme because some of the proposals in the Care Bundle may have an impact on the 18w to 20w 6d screening scan. The document has also been raised at a high level with the National Imaging Optimisation Board because many obstetric sonographers also scan in general medical or other areas of ultrasound service delivery and the effects on the whole service need to be considered."

The Perinatal Institute have recently run an on-line consultation with the British Medical Ultrasound Society (BMUS) and BMUS are holding a study day to discuss SBLCBv2.

"We shall update members when we hear more about what training and funding are available," Nigel said.

A series of articles and letters to the editor in recent issues of Synergy News (June to September) highlighted members' concerns.