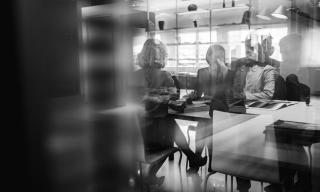 Senior radiographer struck off for scanning patients without referrals

Nicola Davison, a senior band 6 radiographer working at the South Tees Hospitals NHS Foundation Trust, who performed an x-ray on one patient and a CT scan on another without formal medical referrals, has been struck off the register following a review by a panel of the Health and Care Professionals Tribunal Service.

On 26 October 2015, a mobile x-ray machine was found in the neuroradiology department’s plain film room, positioned as if an extremity radiograph had been taken. Subsequent enquiries as to who had used the machine established that a couple of days earlier, Ms Davison had come into the department off duty with a minor (Patient A), who had a foot injury which she felt needed to be x-rayed. Ms Davison was later overheard admitting to a colleague that she had used the machine.

Additionally, on 12 November 2015, it was discovered that a suspected stroke patient had been scanned twice the day before. The substantive panel found that, "By taking the CT Scan of Patient B without a formal referral and entering her details on the system manually, the registrant had bypassed the legal requirements.

"The absence of a formal referral meant that she had not verified the identity of Patient B and because the CT scan did not link to Patient B on the electronic system, Patient B had to undergo a second CT scan later in the day, exposing her to a further dose of radiation. The registrant’s actions also risked the patient not being treated in a timely manner and potentially delayed her diagnosis. The delay meant that Patient B was put at serious risk of harm."

A substantive hearing panel stated that it accepted that Ms Davison had acknowledged her past conduct and had apologised and expressed remorse, and concluded that the risk of repetition was ‘low’.

However, "…the panel had residual concerns that in her responses to the allegations, the registrant has stated she acted as she did in the best interests of the two patients, whereas in fact the panel has concluded that her actions put the patients at potential risk of harm.

"The panel also observed that the registrant continued to excuse her actions by referring to the common practice of other staff at the trust and did not appear to take full personal responsibility for her own actions."

Ms Davison had previously been suspended by the panel. She did not attend the hearing and was not represented.

Go to the HCPC website for details of the hearing.