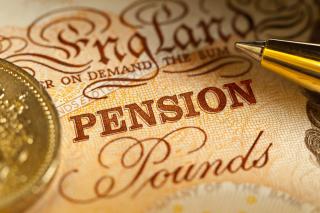 This update explains the situation and the SoR response to these developments.

The issue relates back to the creation of the new scheme in 2015 and the protection given to people within 10 years of retirement at that time. Similar arrangements were put in place in the two schemes mentioned and members of those schemes have successfully challenged this protection, saying it is discriminatory on the grounds of age. The argument being that as the protection was for those close to retirement age it favoured older people and those who did not benefit from this protection would be younger than those who did.

Discrimination on the grounds of age is outlawed by the Equality Act which includes age as one of its protected characteristics, alongside others such as sex, race, sexuality, and disability.

Unfortunately, although these cases did not involve the NHS scheme, government have decided to put on hold the package of improvements we had been negotiating with NHS Employers (along with our sister unions) while they await the outcome of their appeal against the decisions in the firefighter’s and judge’s cases.

Agreement had been reached to make changes designed to remove historic sex discrimination in the scheme in relation to survivor’s benefits and address the ‘cliff edge’ problem relating to the point at which members move into the higher contribution rate tier.

This would only happen as members reach a particular pay point through progression or promotion. Making this change would have ended the situation of an employee’s salary increasing but their take home pay decreasing.

Unfortunately, this has now all been put on hold while the government appeal the decisions reached in the firefighter’s and high court judge’s schemes.

Perhaps unusually, the SoR position is that we hope the appeal is successful because it is difficult to see how public service schemes can continue in their current form if the government, and therefore NHS trusts, are faced with an enormous and unplanned pensions bill estimated to be about £4billion.

We also believe that the arrangements negotiated in the NHS, following national strike action that the SoR participated in, mean that it is not automatically true that younger people are at a disadvantage.

The protection offered to those with less than 10 years to retirement in fact acted as a safety net for those who did not want to see their pension calculation change in the run up to their retirement. Establishing whether anyone is worse off would require a detailed individual calculation as each member reaches retirement.

This week it has been reported that the British Medical Association say they are supporting a number of doctors who have lodged claims that the NHS scheme is discriminatory on the grounds of age. We believe this is premature ahead of the outcome of the appeal, and potentially could continue the uncertainty in the NHS scheme beyond the appeal, meaning the agreed changes remain on hold indefinitely.

We are therefore not following the BMA. Our position is to wait for the outcome of the appeal. If the government is successful, then we will be seeking the immediate implementation of the agreed package of improvements, which we believe reflect the priorities set by our members at recent Annual Delegate Conferences.

If the government loses the appeal, then we will be ensuring, through our membership of the NHS Scheme Advisory Board and the Pensions Board, that the implications for the NHS scheme are fully explored and members who have been unlawfully discriminated against are appropriately compensated.

Members will be advised when the outcome of the appeal is known.