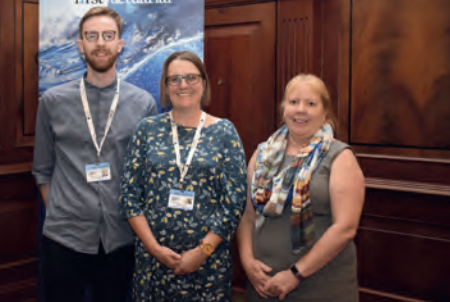 Lack of affordable housing, environmental issues, and dwindling pensions are a sample of the issues that will shape the lives of young people for many years to come, according to the panel at a TUC fringe meeting.

Is it all the fault of a greedy older generation 'pulling up the ladder behind them,' or are generational differences increasingly exploited by politicians to create division and provide a scapegoat for most social ills?

Panellist and SoR member Jonathan Charles, a recently qualified diagnostic radiographer, denied that babyboomers had sold the 'family silver' and spent the proceeds on wild living, leaving the cupboard bare for the next and future generations.

"There are dangerous perceptions that people of my generation, millenials, are worse off than our parents," Jonathan said.

"Growing up in a working-class, industrial city in the Midlands showed me how pension poverty was rife and the working poor did exist among baby-boomers who had to keep working because retirement was unaffordable.

"People have a range of experiences and incomes, as well as support networks, and it is misleading to think the previous generation is hoarding wealth.

"The economy of the past 10 years, hit by a massive recession, did cut jobs and opportunities for the young but it also left lowskilled workers of all ages unemployed. It is class, not generations, which create inequality."

Dr Jennie Bristow, a senior lecturer in sociology at Canterbury Christ Church University and author of a book, Stop Mugging Grandma, said, "The narrative of generational conflict is an elite attempt to justify costcutting and belt-tightening, particularly in the context of austerity policies.

"This creates a divisive approach that is harmful to relationships of solidarity between the generations.

"Retired people are not all rich, not all dependent (pensioners play a vital and active role in childcare, care of the elderly, community volunteering), are not all in receipt of great pensions, or owning valuable houses, and many are still working and help their kids out financially."