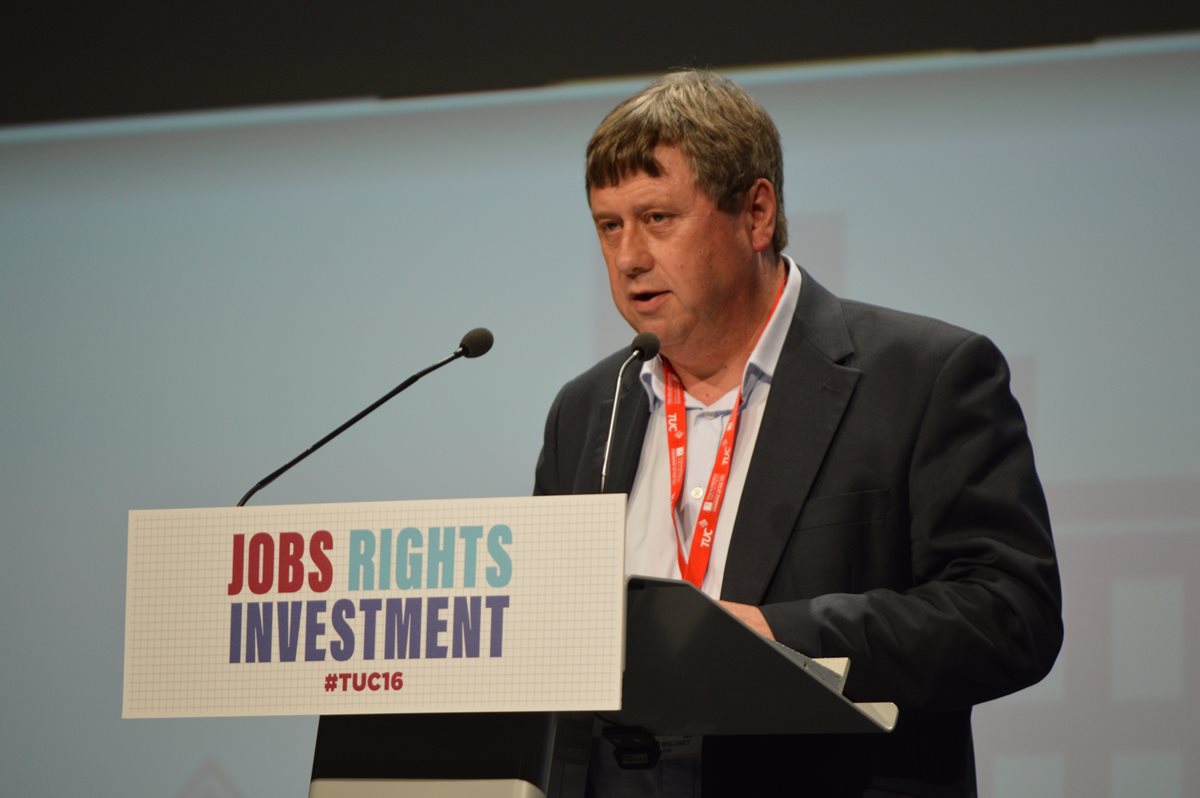 Society tells TUC that radiographers must develop skills and have opportunities

Delegates at the TUC Congress listened to an impassioned speech by Paul Moloney, the Society’s industrial relations manager.

He said that productivity will be key in the post-Brexit world and employers and staff need to work together to help Britain work more efficiently.

Improving productivity in the NHS is key to the continued delivery of cost effective, world class health care free at the point of use.

Since the decision to leave the EU, the UK is under increased scrutiny and questions are being asked if it is competitive enough to survive as a leading economy.

Recent research by the Smith Institute, supported by the Society and other unions, shows that despite increased work intensity in recent years, the majority of union members do not think that they have become more productive and that only 14 per cent are confident their suggestions for improvements are listened to.

Paul Moloney said, “Our members and those of other unions have clear views about how to improve productivity and how to share the benefits fairly.

“The problem is that workers and unions are shut out of the debate which means it is led by those who don’t want their staff to work better or smarter, just faster. They can only compete by being cheaper, rather than providing real competition by being better.

"The way to increase radiographer's productivity is by making sure that they have the skills and opportunities to work at the highest possible levels in diagnostic imaging and radiotherapy treatment.

“Patients get better, cost-effective care, the NHS can save money and our members increase their income by meeting the criteria for higher pay bands,” Paul continued.

“The NHS simply measures productivity as the number of patients seen with no allowance for the quality of care delivered or the outcome for the patient.

“In fact, we have no sophisticated measure of productivity for the public sector as a whole with the Office of National Statistics only measuring inputs and not outcomes.”