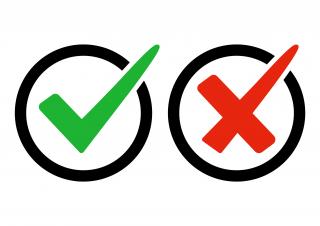 The Society of Radiographers has announced it will ballot members in Northern Ireland about whether they are prepared to take industrial action in support of demands for fair pay.

In a consultative survey of SoR members, 90.5% of those who responded said they would be willing to take part in industrial action. A meeting of the trade union today confirmed that a formal ballot of the membership will be held.

The SoR national officer for Northern Ireland, Leandre Archer, said, “Radiographers and other health service workers deserve parity of pay in line with their UK colleagues.

"With the implementation of the reform and refresh of Agenda for Change pay in the rest of the UK, radiographers and other NHS workers have seen the gap widen further.

"For example, a Band 7 radiographer in Scotland will earn nearly £5000 pounds more a year than their counterpart in Northern Ireland."

Leandre added, "In 2016 the health minister for Northern Ireland announced the 'Delivering Together' transformation agenda. A skilled workforce is required to transform our health service, including advanced practitioners and consultant radiographers. We will not be able to retain and recruit staff for these roles if the pay disparity continues.

"Radiographers and other front line health service staff feel undervalued and unappreciated but, most importantly, they want to make a stand for their patients. They want to ensure that they are part of a health service which is fit for the future and has a strong workforce to deliver effective patient care.

"Radiographers are the backbone of the health service with more than 90% of patients attending hospital having an x-ray or a scan before diagnosis. Therapeutic radiographers are the only trained health professional to deliver life-saving radiotherapy treatment for cancer patients.

"No health professional wants to make the decision to be involved in industrial action and the SoR has not taken the decision to ballot members lightly, but negotiations with the Department of Health have been on-going for nine months without any progress.

"The Society are willing to be involved in new negotiations with the Department, but to avoid industrial action a deal must be agreed that will ensure pay parity with England.

"Our members will accept nothing less."