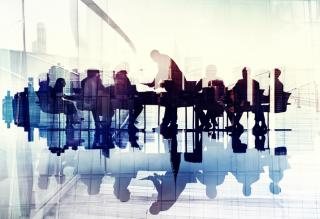 Sonographer struck off for numerous offences

A Band 7 sonographer has been struck off the Health and Care Professions Council register for multiple failings.

Scans on patients carried out by Chestty M Muntanga led to questions about his competence. In addition, one patient complained of Mr Muntanga's 'inappropriate physical handling of her in various respects'.

The HCPC Tribunal Service Panel found that Mr Muntanga inappropriately touched the patient, "in that you rested your arm on her breasts during the examination; applied significant and/or unreasonable pressure on Patient A’s arm when transferring her from the chair to the ultrasound couch; and applied significant and/or unreasonable pressure to her neck whilst scanning."

Mr Muntanga incorrectly reported examinations. In one case he said that the kidneys of a patient were normal . A rescan by another practitioner reported lobar Nephronia. He was found to have made errors in reports of other cases.

It was also found that Mr Muntanga took an inappropriate length of time to scan and/or complete examinations.

Instances of making false assertions when applying for posts were proved, including failing to disclose when he applied to an employer that he was under investigation by the HCPC for allegations that had been made about his fitness to practice. In another instance, Mr Muntanga falsely stated on an application form that he had been employed during the time he was suspended from the HCPC register.

More information about the hearing and the strking off order.