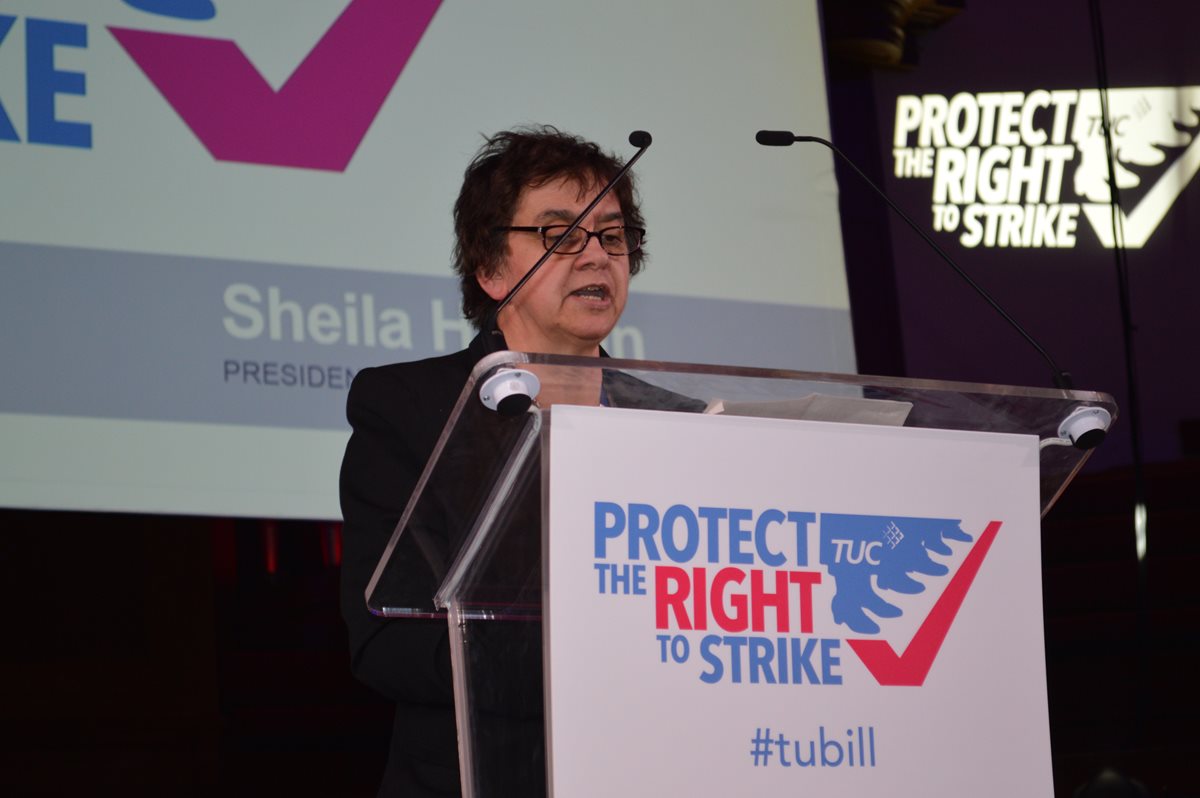 SoR joins other unions in stand against TU Bill

The Society of Radiographers was in attendance as affiliates of the TUC met to rally against the Trade Union Bill this month.

Sheila Hassan, president of the Society, addressed a packed house at Central Hall in Westminster to explain why the SoR is against the bill.

In particular, she criticised the proposals from the government to cap the time public sector employers will allow union reps to spend representing members.

“These changes restrict public sector employers from investing in good relations with their employees,” she said.

“It will reduce unions’ ability to represent their members and resolve disputes before they escalate and add more red tape for unions, who’s time and money would be better spent serving their members.”

Sheila also criticised proposed rules that unions must achieve thresholds of 50% turnout and 40% in favour, with abstentions counting as a no vote, whilst denying the adoption of new methods such as electronic balloting.

Sheila said: “The government argues that these thresholds are aimed at boosting democracy in the workplace. This is ridiculous.

“If the government was committed to increasing democracy, it would allow secure electronic and workplace strike ballots instead of arbitrary thresholds. This would encourage more voters in a digital age.

“Are they afraid because they know that the proposed ballot thresholds will be met in important public services such as health?”

The day finished with members from all unions taking the short walk over to the Houses of Parliament to speak to their MPs to ask them if they supported the proposals and emphasise why the right to strike is so important.

Sheila stressed that the right to strike had been essential for SoR members who have successfully won disputes over pay in the last few years.

“Radiographers do not take the decision to go on strike lightly. We care about our service and we care about our patients, but there are times when we are pushed to the limit and strike action is the only course,” she said.