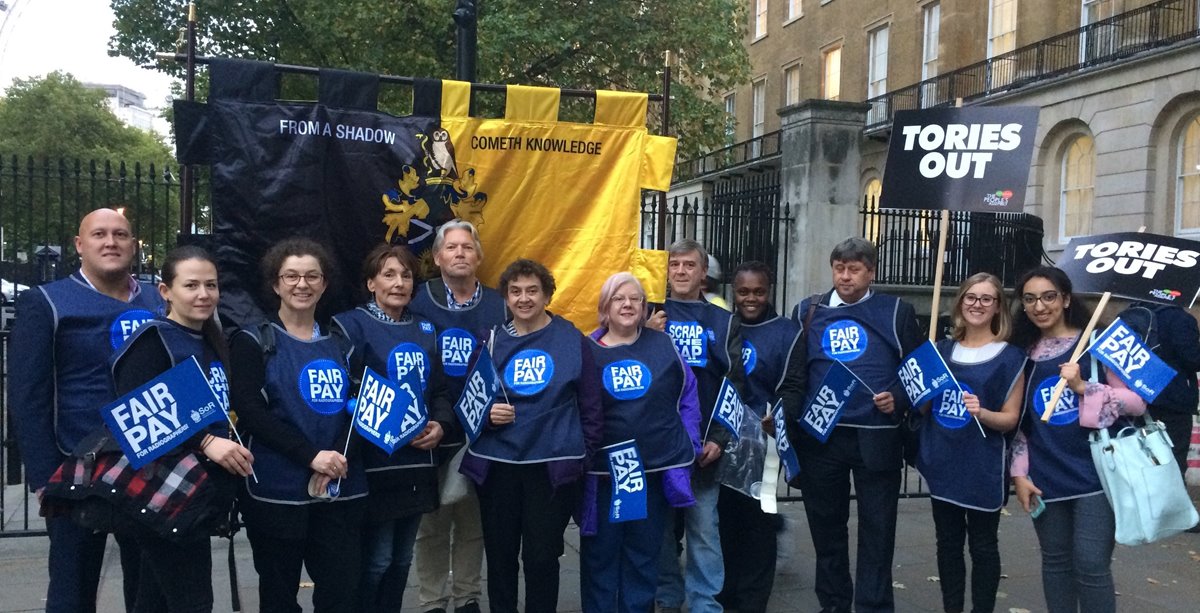 Members of the Society joined thousands of other trade unionists in Whitehall and Parliament Square this month at a successful march and rally organised by the TUC to protest about low pay for public sector staff.

“We were very pleased by the response from our own members and the other unions,” Paul Bromley, the Society’s regional officer for London, said.

Earlier trade unionists had lobbied members of parliament in the House of Commons, followed by a rally in Whitehall and a march to Parliament Square.