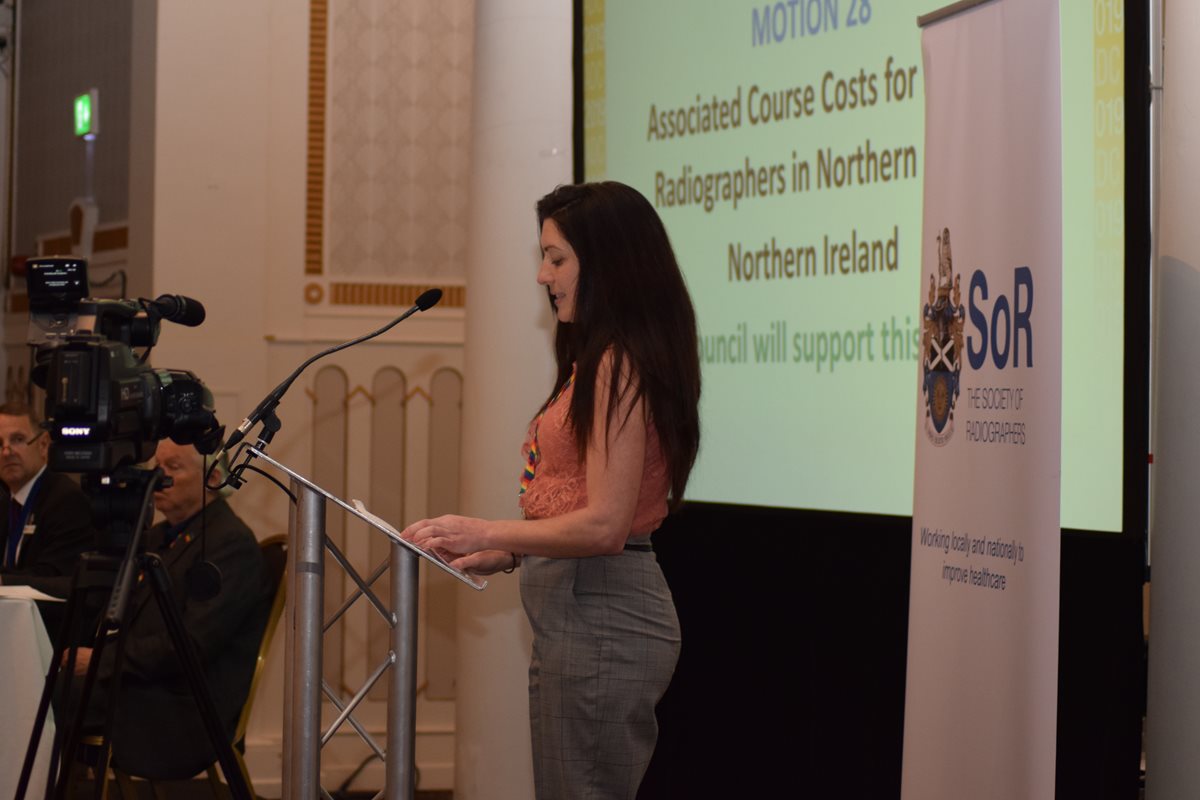 Student influence at the conference continued to grow with more motions about training, education and the student experience than ever before.

Claire Currie from Scotland spoke first on motion 27, asking that the value of radiography bursaries are increased to be in line with nursing. She pointed out that there is a 22% Band 5 vacancy rate for radiographers and an increase in the bursary would have a positive impact on recruitment. The motion also called for the bursary to be introduced in all four countries of the UK.

She explained, “An introduction of a bursary for student radiographers across the UK would demonstrate that radiography is an attractive career to potential applicants and would also show that the governments recognise the value of our radiographers.”

Motion 28, proposed by Nichola Jamison from Northern Ireland, called for a review of the costs associated with courses in the UK. She told delegates that mandatory uniform, vaccinations and checks for students amount to over £300. With covered costs differing between the four countries in the UK, Nichola argued that the same support must be provided for all students, so that regions and countries are not subject to additional fees.

“It doesn't matter where you study, what your home situation is, or what your financial status is: every single student in the UK deserves equal accessibility and facilitation of their educational pathway,” Nichola said.

Motions 29 and 30 both focussed on the expenses students incur while on placement. Kate Shrewsbury-Gee from the North West Region proposed motion 29 and Will Woods from Scotland, motion 30. Both called for expense forms to be processed more efficiently. Will also asked for an investigation into placement costs across the UK and for students to receive financial education to help them manage expenditure.

Will said, “The financial burden a student must bear whilst on placement can be considerable and have a detrimental effect on their overall mental health and wellbeing.” He called for a “swift and expedient solution” to be found for the problem.

All of the above motions were carried.