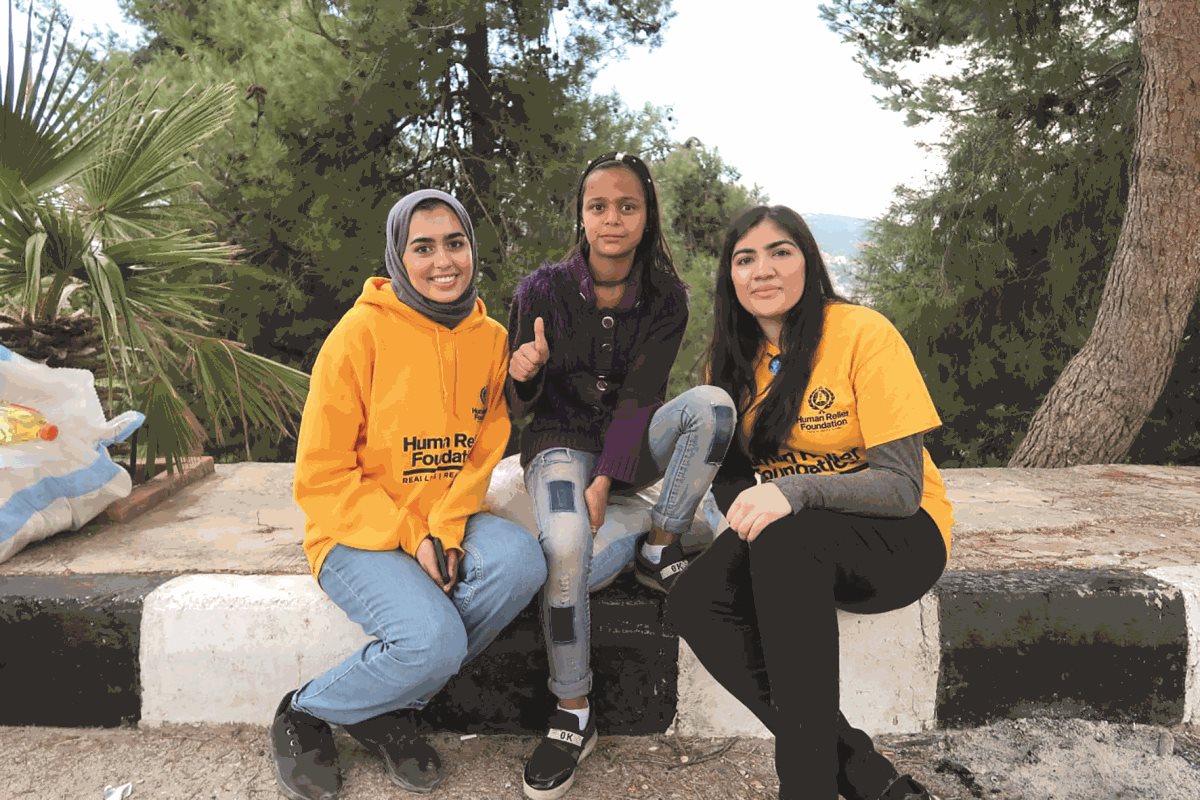 Atiya Patel and fellow student Thameena Patel, final year therapeutic radiography students at City, University of London, travelled to Jordan in November with a group of volunteers from the Human Relief Foundation, after helping to fundraise £10,000 for Syrian refugees.

The two students were part of a team that hand delivered the donations in the form of food packs, meat parcels, winter clothes, hygiene packs, medical equipment and basic necessities such as blankets.

“Our day usually consisted of making food packs in the morning then visiting different cities to distribute the packs. In the evenings, we would go on house visits where we would sit with refugee families and listen to their stories,” Atiyah said.

“To hear them describe how their lives were so normal and similar to ours before the conflict, and how everything was taken away from them in a split second, was heart-breaking.”

The pair also visited The Hope Center, a rehabilitation facility in Zaatari Refugee Camp for children who have escaped the war. The centre provides physiotherapy, functional therapy, hearing, speech and psychological support.

“We met at young boy named Ibrahim who was moving around and greeting everyone with the help of a walking aid. We learned that six months before, he was unable to even move his neck so seeing him so mobile and cheerful was truly heart-warming,” Atiya says.

Atiyah and Thameena also organised a fun day for 50 orphans, which was a great success and engaged with the children in many ways despite the language barrier.

“Before I went to Jordan,” Atiyah says, “I was slightly apprehensive because I didn’t really know what to expect. However, I definitely do not regret going there; it was one of the most rewarding experiences I’ve had in my life so far. I have come back with so many lessons and memories that I will always cherish.”

Thameena adds: “It's difficult to properly describe to people what I've witnessed, the stories I heard, the wonderful people I met and the experience itself. The Syrian refugees are no different from us. They lived in a country where they felt safe, secure and where there was a strong sense of community, but conflict arose and they were forced to leave the place they called home.

“Hopefully, it isn't a once in a lifetime thing for me, I would love to be able to go back, as well as help in other countries such as Ghana or Bangladesh. I would 100% recommend this experience to anyone; it is one you'll never forget.”

To find out more about the Human Relief Foundation and to make a donation visit www.hrf.org.uk