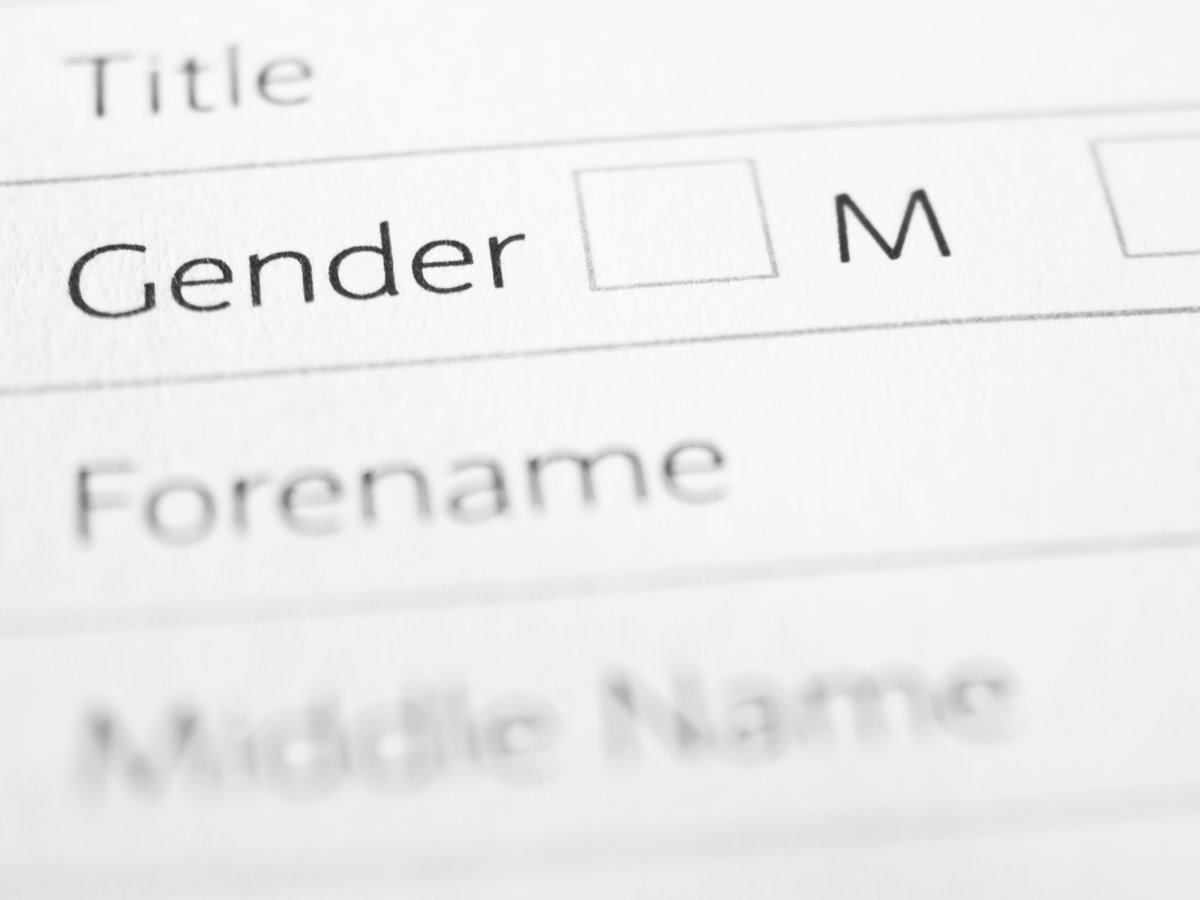 Life is full of forms. We constantly have to fill them out and we usually fly through them knowingly ticking the boxes without even thinking.

As we progress through life sometimes the boxes change as we move into a different age bracket or we get married and change our title.

Perhaps at these moments in life we will pause briefly and reflect on how our lives have changed, but we will quickly move on, complete the form and post it off never thinking of it again.

What if every time you filled out a form you stared blankly at the page with the very first question entirely unable to choose which box to tick, faced with the prospect of an unanswerable question?

This is the experience of many people who identify as gender non-binary, people for whom the boxes of Mr, Ms, Miss or Mrs do not fit because each of these titles defines a gender of either male or female.

Gender non-binary, in essence, is an umbrella term for people who do not identify in the binary terms of gender as male and female.

Gender should no longer be classified as a binary term, it is a spectrum of identities and each person who identifies under different terms may have different feelings about their gender and the term they choose to use.

These gender terms are entirely unrepresented in the mainstream. The media will often group them under the Transgender umbrella, which isn’t entirely wrong and many gender non-binary people may identify as Trans whilst others will not.

The terms are not used by people and not known; even as I type this article Microsoft Word is telling me that every single term I have mentioned is a spelling mistake.

But what if you are that person and that is how you identify in a world that does not understand the terms? This is why education is essential to ensure that people understand that gender is not binary and everyone should be accepted no matter how they identify.

In everyday life we may mis-identify someone who is gender non-binary simply by looking at their name. If they have a traditionally masculine name we will automatically call them Mr.

However, if that person identifies as gender non-binary they will not necessarily identify with the term Mr as that puts them in a box as male. People who identify as fully Transgender will usually change their name to conform to the gender that they identify with.

These are still not found on a majority of forms and forcing people who do not identify under these terms to choose a box that does not fit could trigger gender dysphoria.

All it takes is for a conversation to be started to raise awareness and for change to begin. We are taught that we should accept everyone as equal that we are all different and we should celebrate the spectrum of people throughout society.

Well for this to be possible then many things in society must change, even simple little things that many people do not think about like forms.

Next time you fill out a form, stop and think how you would feel if the box didn’t fit.