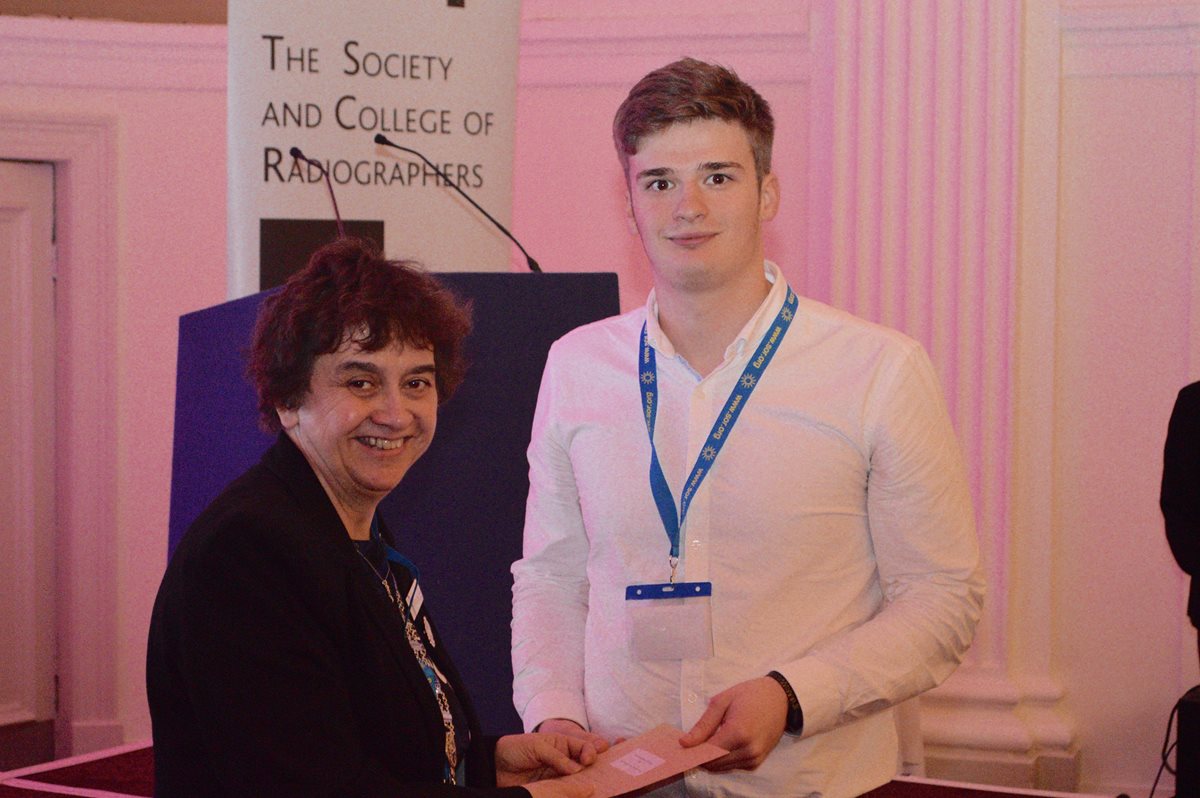 The future is bright!

The student proffered papers at the 2016 College of Radiographers Annual Radiotherapy Conference once again shone a light on the enthusiasm and dedication of student radiographers.

The winner of this year’s top proffered paper prize was Liam Herbert, a therapeutic student radiographer from Cardiff University.

Liam outlined that for many young adults suffering from cancer, telling family and friends is an extremely daunting task. “In studies it is shown that more often than not young cancer patients get isolated from their friends, showing they have a decrease in social wellbeing and their quality of life,” he explained.

One of the interesting findings from the focus group run by Liam was the use of humour and wit among peers.“There was limited conversation about cancer in the groups, but when there was conversation about it, it was through the medium of humour. Adult cancer patients use it to relieve stress between the pressure of diagnosis and treatment, whereas young people resent pity from their friends, and so wish to seek normality, so they use humour to build positivity and build bonds and relationships,” said Liam.

However, the study also revealed that peers who had lost a friend through cancer suffered long-term psychological effects, something which Liam said “needed to be addressed”.

There were a number of other notable contributions by students in the proffered papers section.

Leila Ighaghai from Bristol Haematology and Oncology Centre, presented research which examined whether the use of a ‘virtual patient’, an interactive, scenario-based learning tool, would be beneficial for therapy radiographers’ learning and clinical reasoning.

Natalie Atkinson, from University Hospital Southampton NHS Foundation Trust, presented her findings into her research around the impact of extended working hours at a radiotherapy centre in Wales, specifically staff attitudes towards a proposed 11.5 hour extended working day.

And finally, Poonam Loi from Queen Elizabeth Hospital Birmingham, talked through her pilot study into the presence of air gaps between bolus and skin surface in PMRT patients to determine which areas are prone to air gaps and whether certain parts of the body are more susceptible to them.