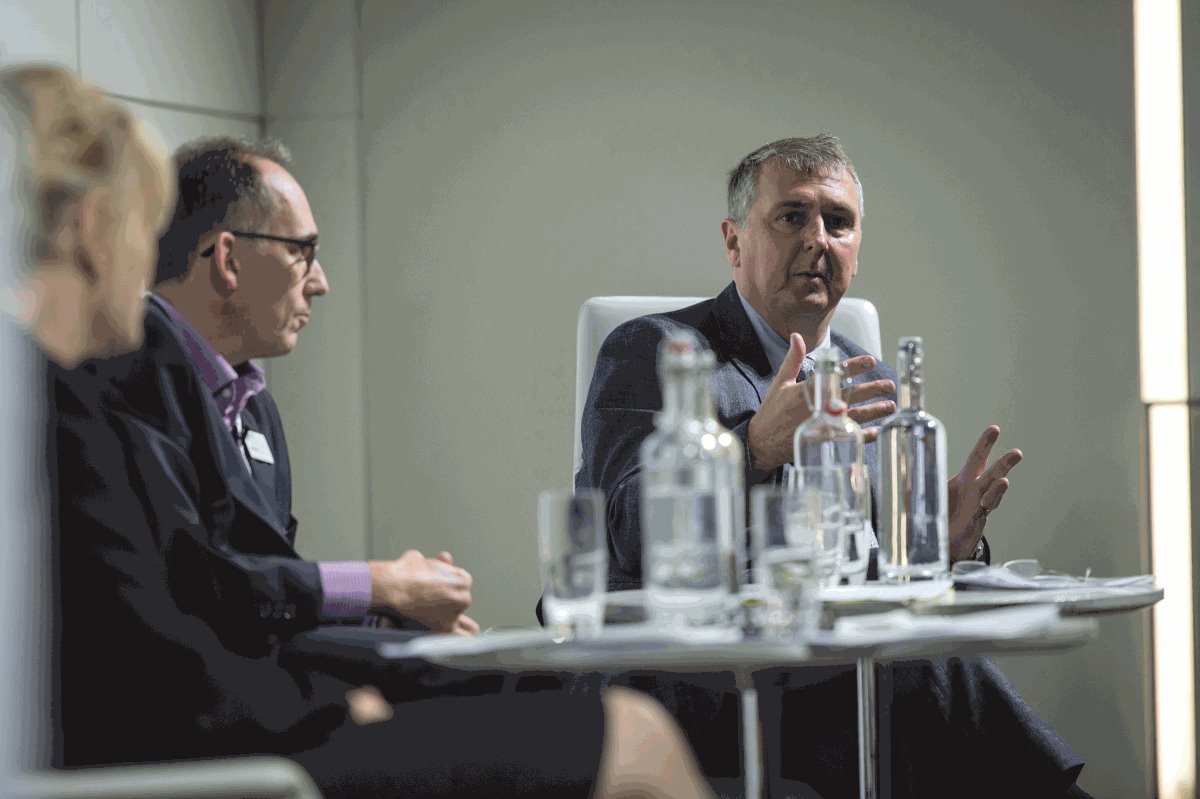 The future of radiology – is artificial intelligence (AI) the answer?

A lively panel discussion with plenty of questions from the audience, covered both the positives, negatives, enablers and barriers to AI.

The audience asked many questions around IT infrastructure, security, accuracy, quality issues and how AI might change the face of radiology in the future.

Andy Rogers gave his view of the current and future IT issues with regard to AI, which, he says, include 1. Digitisation; 2. Connectivity; 3. Gleaning meaningful insight; and 4. Converting insights into action, and improving value.

We are at about number two in the list at the moment, he said, and the next stage is to do something about it without ruining the world!

“The current state-of-the-art machines have learned algorithms that outperform humans, however, those algorithms originate from constrained human/data input, so we must augment."

What keeps you up at night asked Gill Holroyd – quality, reporting, keeping the books balanced, shortages? How can AI help? “Or”, she said, “is artificial intelligence to radiology what Voldemort is to Harry Potter?”

“Reporting capacity is an issue and if AI can help with that through the networking of PACS, tele-radiology and the use of CAD to improve workflows, freeing up doctors’ time, then that will be a positive," said Gill.

“AI can support radiologists, boost productivity without removing control, improve patient outcomes and has the potential to save a great deal of money.”

“We all know that the NHS is in big trouble and needs a solution,” said Andy Smethurst, “99% of radiology departments in the UK are unable to meet their reporting targets for their working week. The bottom line is that AI has a huge amount to offer and we need its help – fast!”

Andy continued by saying that machine learning has a real potential to improve reporting, especially in terms of accuracy and consistency, adding value to radiology.

“AI is not the answer but it is an answer”.

Everyone’s talking about it but no-one’s doing it, said Neil Mesher, “We are now living with chronic, long-term conditions and we need to finance that. AI or augmented intelligence will help – not replacing, just helping humans to make their decisions.

“The reality will be that it is going to take a while and from an IT perspective, we still have a long way to go.”

Many questions from the audience voiced the fear that machines would just replace humans or impact on their skills as decision makers, and most of the panellists agreed that the function of AI would be to augment the skills that professionals have, rather than take over their tasks completely.

In the wake of the recent cyber-attack, much of discussion centred around security.

Neil Mesher commented: “For the population to have any faith in AI, it must be secure and there will always be a degree of risk. We have to sell the benefits for clinicians and patients to allow healthcare systems to move forward.

“AI can increase the value of the reports and help clinicians move patients along faster and more efficiently,” said Andy Rogers.

Neil Mesher went further: “We need to ask ourselves what the role of the clinician is full stop! And reimagine that role throughout the whole system.”

Finally, the panel discussed how long it might be before AI was installed on a commercially available scanner.

The consensus of opinion was around 15-20 years with some caveats in terms of availability and whether it would be universally accepted by the public.

“The technology is developing faster than social acceptance and this will govern how fast equipment will get to market. We have to sell the benefits if we are going to achieve acceptance,” said Neil Mesher. “However, what is certain, is that it’s when not if.”