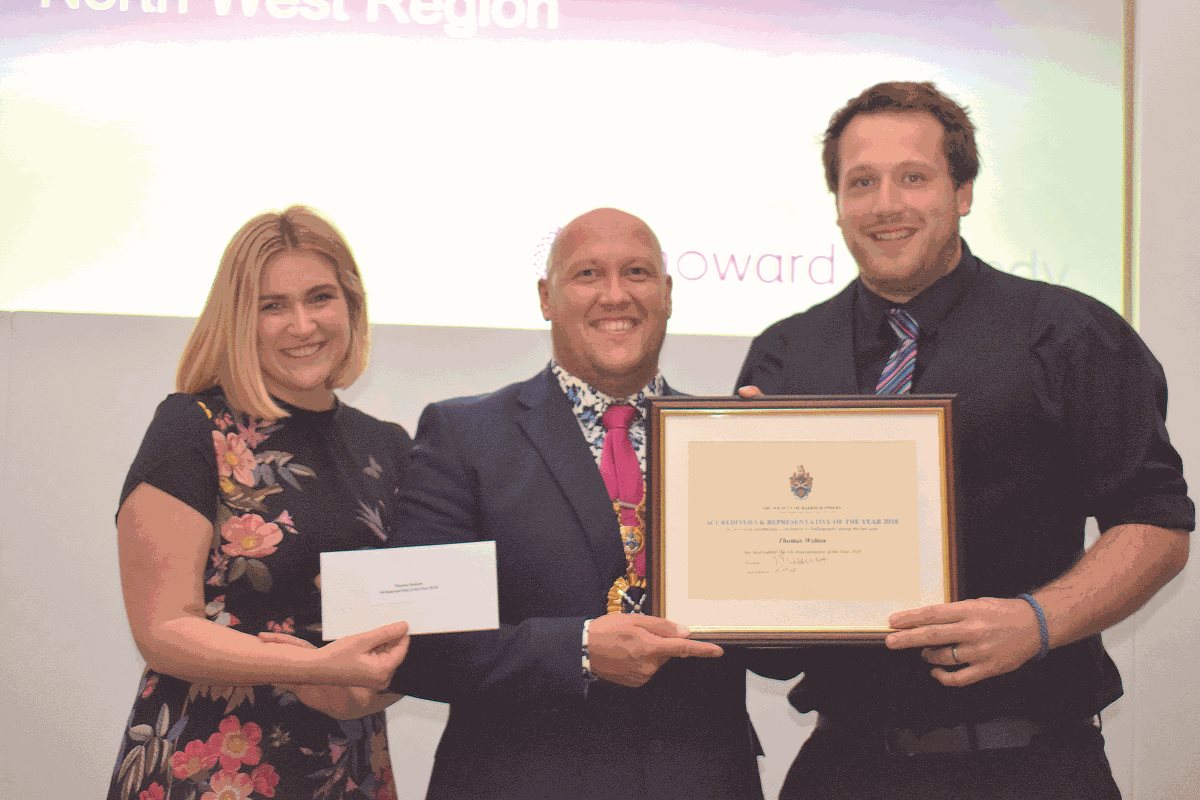 Thomas Welton is the 2018 SoR Rep of the Year

Thomas Welton from Royal Albert Edward Infirmary in Wigan picked up the Society of Radiographers Rep of the Year award at this year’s Annual Delegates Conference.

Thomas added the national award to the regional award for the North West, standing out in an extremely competitive field.

Vice President of the Society, Gill Hodges, hosted the awards and read a citation stating: “Responsible for representing over 100 staff, Thomas has shouldered the responsibility with great poise and confidence, tackling issues around safety, recruitment and retention, CPD and pay.

“He’s always willing to sit down and listen to problems, ideas and suggestions and come up with ways to combat challenges.

“On top of that, he’s hard working, focused, driven and easy to get along with, an important quality for any successful rep. Congratulations Tom!”

Tom revealed his surprise and delight at winning the prize, saying: “I was aware that I was the North West Rep of the Year prior to the night and I was over the moon with this accolade.

“To be crowned the UK Rep of the Year was unbelievable. I’ve had something of a turbulent year, but getting this award has warranted all the hard work and extra hours I have invested.

“I stand by that this isn’t my award though, it is the whole of Radiology at Wrightington, Wigan and Leigh.

“Without a good relationship with my management, as well as close working and engagement with all areas of my membership, this award would not have been possible to achieve. I have accomplished a lot of improvements and changes this last couple of years by working with true partnership and encouraging relationships from all levels.”

Below are the winners of the regional Rep of the Year prizes, congratulations to all the winners! (pictures from left to right in descending order)