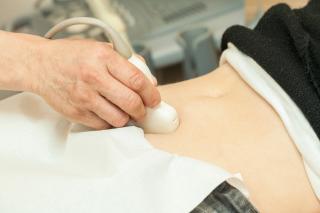 Following the death of an 80-year-old patient from a ruptured thoracic aortic aneurysm, the Society’s UK Council has issued guidelines to sonographers at the request of the coroner who investigated the incident.

A sonographer had originally found a 3.6cm suspected supra-renal abdominal aortic aneurysm but, despite annual follow-up checks, no mention was made in reports to the patient’s GP that further investigations should be considered.

Following the death, the ultrasound scans were reviewed and the appearances considered to be consistent with a thoracic aortic aneurysm extending into the abdomen.

After the report of the inquest was published, senior coroner Peter Bedford asked the Society to alert members to help prevent similar deaths in the future.

The advice agreed by the Society’s UK Council says:

This should be flagged up in the scan report with wording such as ‘Suprarenal aneurysm/dilatation seen that may extend above diaphragm, further imaging to clarify and exclude a thoracic aortic aneurysm recommended’.

Departmental protocols may, however, require the advice of a radiologist or consultant sonographer to be obtained with respect to the precise wording of the report and recommendations for further imaging.

An intimal flap may be visible indicating dissection and advice on further imaging and referral on this life-threatening pathology must be urgently sought.

For reference, the Abdominal Aortic Screening Programme has information on the extension of a thoracic abdominal aorta into the abdominal aorta. See page 12 of the document.

The latest edition of the Guidelines For Professional Ultrasound Practice, published by the SCoR and the British Medical Ultrasound Society, Section 2.8.6, page 70, Ultrasound of the aorta, provides further guidance.